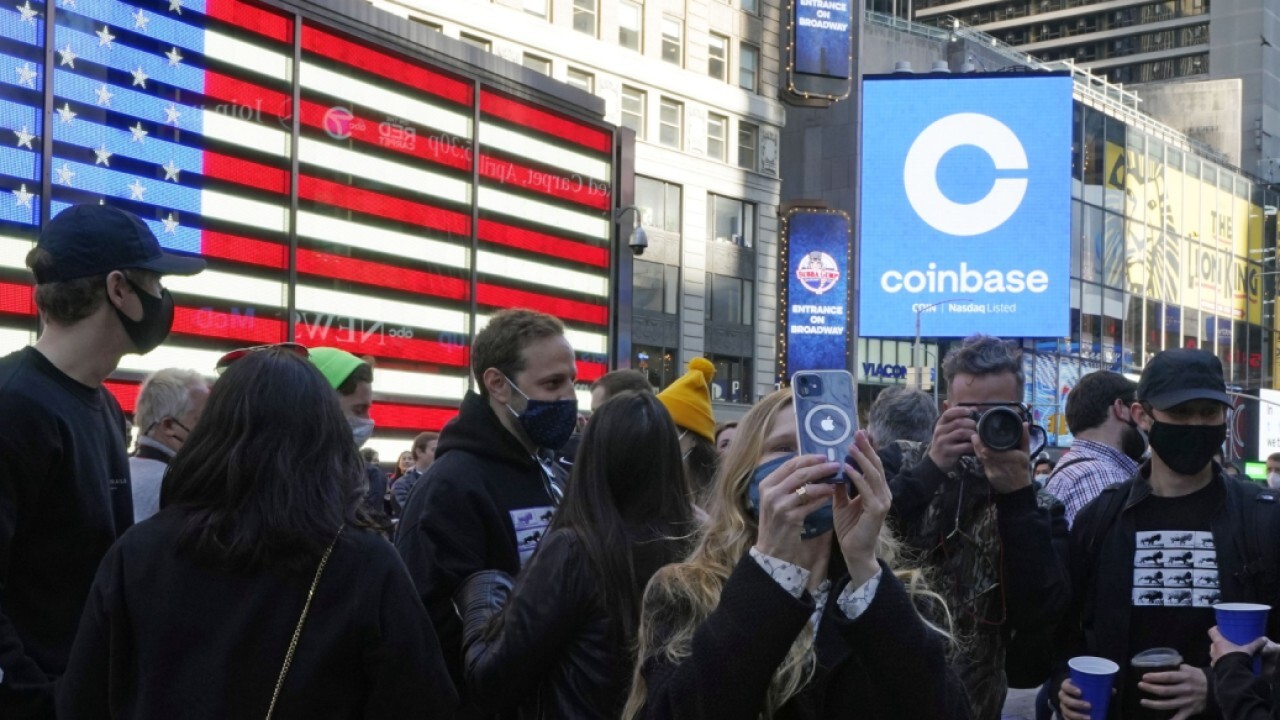 Coinbase CEO Brian Armstrong's fortune has ballooned following the success of the company's historic direct listing on the Nasdaq.  Coinbase is the first company specializing in cryptocurrencies to debut on the stock market.

Armstrong's stake in COIN is worth about $13 billion, as of Wednesday's close of $328.28 per share, though on Thursday the stock was trending lower.

Shares of the San Francisco-based cryptocurrency exchange, which trade under the ticker COIN, opened for trading at $381 apiece, giving the company a valuation of about $99.5 billion.

As Coinbase’s largest individual stockholder, Armstrong owns nearly 40 million shares that give him control of roughly 21 percent of the company's equity, according to the company's offering prospectus.

Armstrong says the idea for Coinbase came during the 2010 Thanksgiving holiday, while he was reading Satoshi Nakomoto's white paper for Bitcoin.

"As I read it, I realized that crypto had the power to unlock a future where economic freedom was a reality for everyone," Armstrong tweeted Wednesday. "This has driven me ever since as I believe creating more economic freedom is one of the biggest meta problems of our time. It has so many positive downstream effects in society."

He proceeded to begin coding an early Coinbase prototype, known as "Bitbank", on his evenings and weekends, and would regularly attend early bitcoin meetups around the Bay Area. He later decided to leave his job coding at vacation rental giant Airbnb to make Coinbase a reality with the help of seed money startup YCombinator.

"It’s hard to overstate how bad of an idea everyone thought Coinbase was," Armstrong said. "Friends in tech said they didn’t get it or that it was a scam. I had a lot of self doubt personally, and thought maybe I was crazy for being so interested in it."

Armstrong later joined forces with Fred Ersham, co-founder and a managing partner of crypto-focused investment firm Paradigm, in 2012 to build out what is now Coinbase in a loft in the South of Market neighborhood of San Francisco.

Today, the company has grown to 56 million users and serves 7,000 institutional customers and 115,000 ecosystem partners in over 100 countries, and has generated over $3.4 billion in total revenue since its inception.

Last week, the company reported preliminary results for the first quarter, which ended March 31, and provided an outlook for the full year. Coinbase reported revenue of approximately $1.8 billion, net income of approximately, $730 million to $800 million, and Adjusted EBITDA of approximately $1.1 billion. The company also reported 6.1 million monthly transacting users, with a trading volume of $335 billion, and over $223 billion in assets, including $122 billion in assets from institutions, representing a crypto asset market share of 11.3%.

Looking ahead at the full year for 2021, Coinbase expects monthly transacting users to range between 4 million and 7 million, depending on crypto market capitalization and crypto-asset price volatility.

While Armstrong sees the direct listing as an important milestone for the company, he acknowledged in a blog post that Coinbase's work towards its ambitious goal of increasing economic freedom in the world is just getting started.

"We’re still in the early days of this industry, but we’re squarely focused on the future, on our mission, and on building the best crypto experiences for you, our community," Armstrong said.

He added in a Twitter thread on Thursday that while his idea for Coinbase has been far from perfect, it "highlights the importance of resilience and ignoring haters when trying to build something new."

"The wild part is that you never know if you’re crazy, or everyone else is,"  Armstrong said. "The key here is that if your gut tells you there is something interesting, go take some action toward it and see what happens. Only action will produce more information, not endlessly debating it."