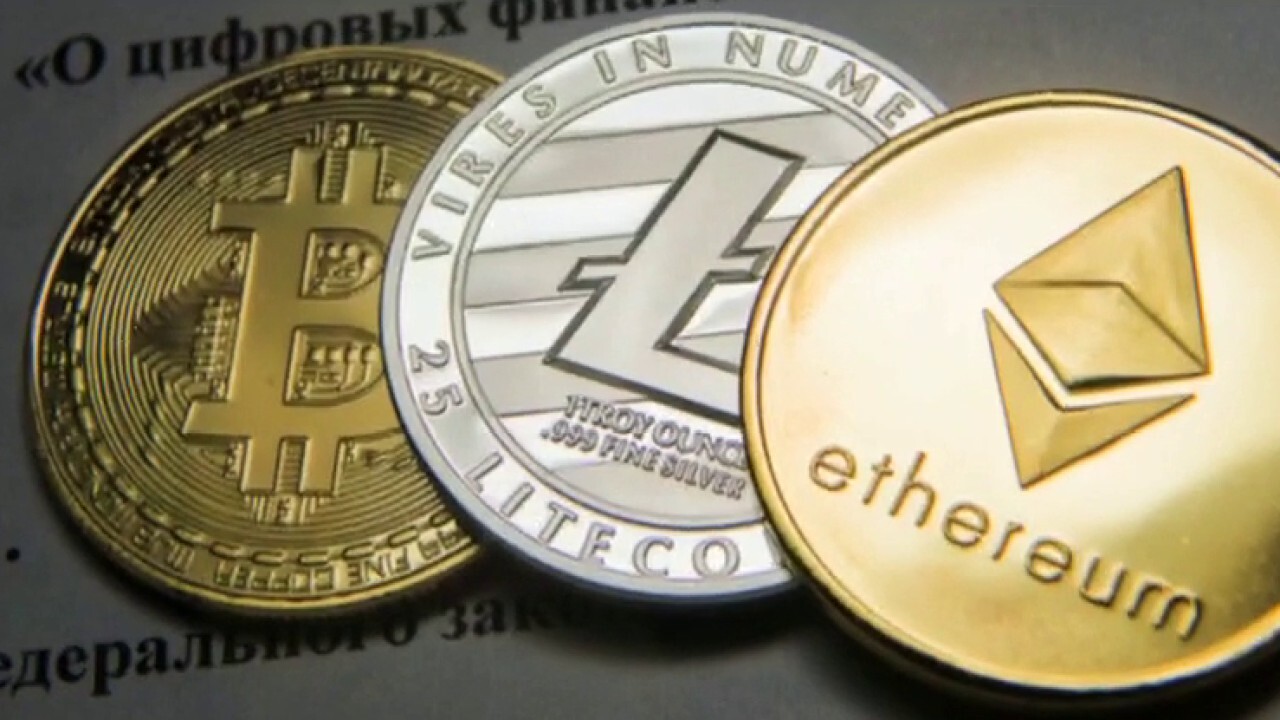 The Federal Reserve is casting a shadow over cryptocurrencies.

Like stocks, cryptocurrencies have extended a selloff to start the year because of expectations that the central bank will raise interest rates as early as March.

Bitcoin, the largest cryptocurrency, is down 8.7% year to date, according to CoinDesk, and the second-largest, ether, is down 14%. That has spilled over to publicly traded crypto companies. Coinbase Global Inc. is down 12% so far this year. Marathon Digital Holdings Inc. is down 21%. Riot Blockchain Inc. is down 16%.

MicroStrategy Inc., which makes business software but has invested billions in bitcoin and whose chief executive, Michael Saylor, has become a vocal bitcoin advocate, is down 16%.

On Tuesday, bitcoin rose 1.7% to $42,407. Most observers say the $40,000 level for bitcoin is a line in the sand for the bulls, and they expect a churning trade in this range. "The price action of bitcoin is still likely to remain volatile as a result of a hawkish Fed," said AvaTrade analyst Naeem Aslam.

Over the past two years, bitcoin enjoyed a massive rally and the entire crypto market pushed into the mainstream. Traditional investors entered crypto in droves. While crypto advocates have pined for this so-called "institutional money" for years, the surge has turned out to be a double-edged sword.

Increasingly, sentiment in traditional and crypto markets can have an effect on the other, analysts at the International Monetary Fund said. "A sharp decline in bitcoin prices can increase investor risk aversion and lead to a fall in investment in stock markets," they wrote in a blog post last week.

The crypto market fell alongside U.S. equities for the first two weeks of the year. Both markets struggled under the same dynamic: Investors are dumping riskier assets in the face of the Federal Reserve's planned tightening of its monetary policies later this year.

The direction of bitcoin's trading so far this year has been almost identical to the moves of the tech-dominated Nasdaq Composite, which is down 7.3% year to date.

Since hitting a $2.97 trillion market value in November, the entire crypto market's value has fallen about 34% to $1.97 trillion, according CoinMarketCap.

A sign that crypto is in the doldrums is the muted reaction to a reliable spark: an Elon Musk tweet. " Tesla merch buyable with Dogecoin, " the Tesla Inc. founder wrote Friday on Twitter.

Dogecoin jumped about 10% in the two minutes after Mr. Musk's tweet, but in the afternoon was back at pre-tweet levels, and on Monday afternoon was down about 17% since the tweet.

Still, large selloffs are common in crypto. Bitcoin is down about 39% from its record high of $68,990 hit on Nov. 10, according to CoinDesk. While that would constitute a significant crash for an equities market, it isn't even bitcoin's biggest drop over the past 12 months. From April through July last year, the cryptocurrency's price dropped 52%.

Since bitcoin hit its record, Coinbase is down 32%; Marathon Digital is down 60%; Riot Blockchain has fallen 49%; and MicroStrategy is off 43%.

That is bear-market territory even for crypto stocks, but it hasn't kept the crypto bulls from saying the market is primed for a turnaround.

Lucas Outumuro, the head of research at research firm IntoTheBlock, said, "The mix between hope and distress has crypto markets split about what may come next."

Write to Paul Vigna at paul.vigna@wsj.com