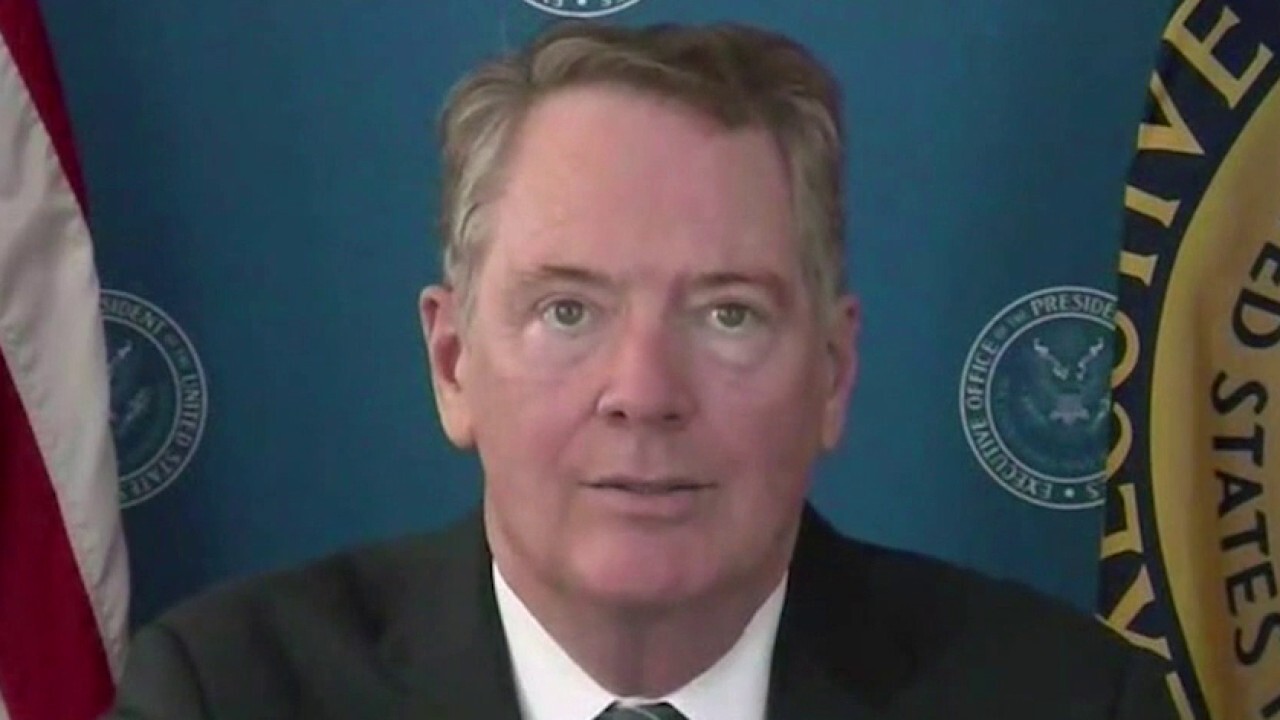 "President-elect Biden did not run against our trade policy," Lighthizer told Fox Business' Maria Bartiromo. "He did not and had he done it, it would have been unpopular, and I think he knew that. And a lot of the people who he is bringing in understand that our trade policy was a good trade policy, was the right thing."

"I don’t think they will be backed away from or changed by President-elect Biden," he said. "[Trump] raised the alarm, he made people realize that our relationship with China was an unbalanced relationship that was not helping us, that was disproportionately helping them."

U.S. Trade Rep. Robert Lighthizer speaks next to President Trump, remarking on the United States, Mexico, Canada Agreement from the Rose Garden of the White House in Washington, D.C., on Oct. 1, 2018. (JIM WATSON/AFP via Getty Images)

"We have educated people in the United States about what we’re facing here," he continued. "We’ve educated business people and they understand it in a way they didn’t. It’s hard for us to think back four years, and there were people four years ago that thought this great relationship with China was going to be wonderful for the United States. That has changed, and we’ve also changed it around the world."

Lighthizer, the tightlipped trade guru in charge of talks leading to "Phase One" of the China trade deal, seemed optimistic that Biden's trade advisers would agree with him on many issues.

Lighthizer is set to be replaced by Biden's pick for U.S. Trade Representative, Katherine Tai, later this month. Tai's background includes working as chief counsel for China Trade Enforcement "with responsibility for the development and litigation of U.S. disputes against China at the World Trade Organization," according to her bio on the Biden transition website.

Biden said that upon assuming office he plans to review the Phase One trade deal that Trump inked with China nearly one year ago. The deal, signed at the beginning of 2020, requires China to purchase some $200 billion in additional U.S. goods over the course of two years – a commitment that Beijing is nowhere close to meeting.

"I'm not going to make any immediate moves, and the same applies to the tariffs," Biden told The New York Times. "I’m not going to prejudice my options.”