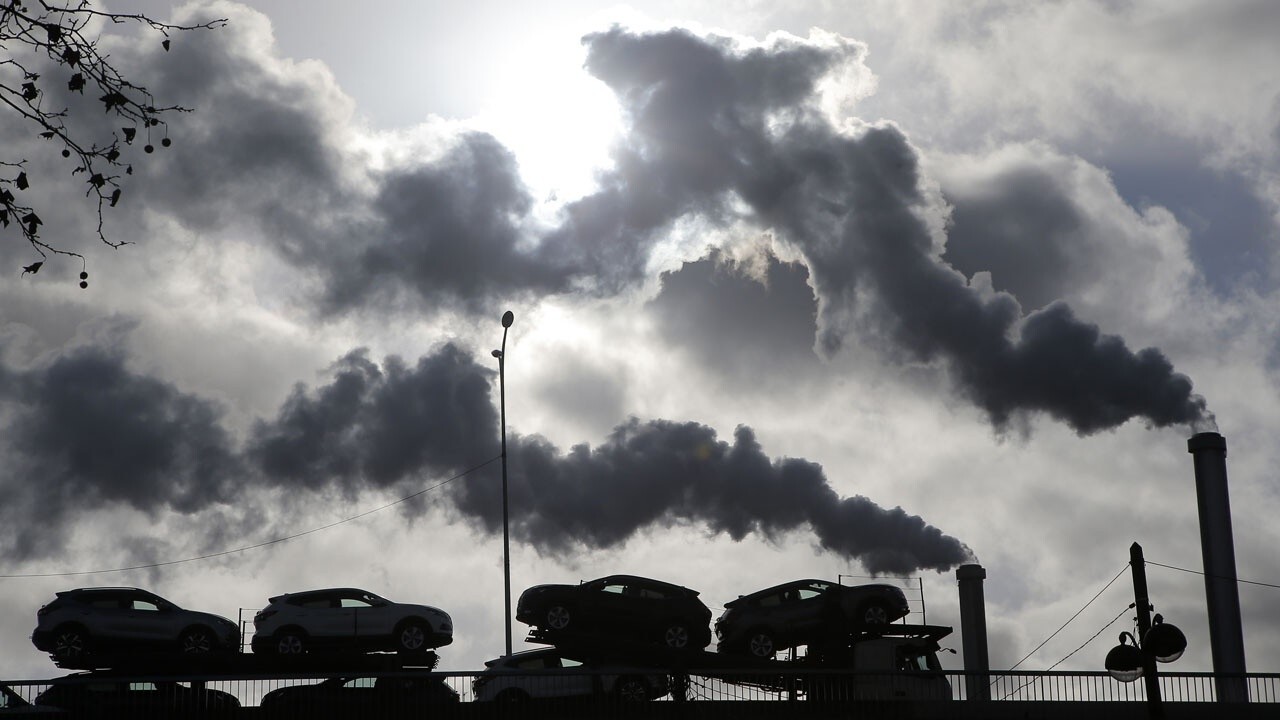 Electricity prices are set to “skyrocket” as President Biden steers the U.S. economy toward a green-energy agenda, according to experts.

Biden has pledged to achieve a net-zero electricity grid by 2035 and a net-zero economy by 2050.

Solar and wind make up a respective 1% and 3% of all U.S. energy, according to a report published last month by the U.S. Energy Information Administration. Coal, petroleum, and natural gas account for a combined 79% of U.S. energy.

Biden’s new energy and climate plans are designed to “get coal-fired and natural gas-fired electricity prices high enough that then solar and wind become competitive,” said Gregory Wrightstone, executive director of the CO2 Coalition, which seeks to educate the public about the important contributions carbon dioxide makes to our lives and the economy.

The shale revolution and fracking have caused natural gas prices to plummet over the past decade. Prices were projected to be over $20 per one thousand cubic feet, and instead are today under $2. Coal prices are also declining.

But electricity prices are already going up because of the "wasteful, duplicative solar and wind on our grid,” said Alex Epstein, founder and president of the Center for Industrial Progress, a for-profit think-tank seeking to bring a new industrial revolution.

Because solar and wind are unreliable energy sources and don’t replace power plants on the grid, their costs are not replacement costs and are instead additional costs. Mining for materials and solar panels requires oil and forging the different components of solar panels and wind turbines use coal.

Tens of millions of Americans live in energy poverty, experiencing hardship to pay for basic energy needs. Twenty-five million Americans say they have forgone food or medicine to pay for electricity and 10 million say they’ve kept their home at an unsafe temperature.

The U.S. isn’t the first developed nation to attempt a transformation into a renewable-energy based economy.

Germany began its shift to renewables in 2000 and in 2019 it produced 515.6 terawatt-hours of power with 46% coming from solar, wind, biomass and hydroelectric generation. Germany aims for renewables to account for 65% of total energy production by 2030.

Electricity prices in Germany “have doubled just to get to thirty-three percent solar and wind, and they're having all sorts of issues,” Epstein said.

Implementing Biden’s $2 trillion climate plan will take time and money and the results may not result in the desired outcome. The president has already signed a flurry of executive orders aimed at transitioning the U.S. economy away from its reliance on fossil fuels toward cleaner, renewable energy sources like solar and wind.

Those orders include a temporary ban on new permits and leases for drilling on federal lands and waters, revoking the permit for the Keystone XL pipeline and reentering the U.S. into the 2016 Paris climate agreement, paving the way for a “clean energy revolution.”

“We could go to zero tomorrow and the problem isn’t solved,” Kerry said, noting that almost 90% of global emissions come from outside the U.S.

The U.S. was the world’s second-largest CO2 emitter last year, accounting for 15% of total emissions, according to Earth Systems Science Data.

While emissions are falling in the U.S., the trend, barring the 2020 impact of COVID-19 lockdowns, is higher in China and India, the world’s largest and third-largest emitters which account for 28% and 7%, respectively, of the world’s total.

Lockdowns aimed at slowing the spread of COVID-19 for months eliminated nonessential travel around much of the world, resulting in 2020 global carbon emissions falling by about 7%, the largest annual drop ever reported, according to a study conducted by the Global Carbon Project.

While Wrightstone believes the decline in carbon emissions is “significant,” he notes there was no drop in the levels of atmospheric CO2.

Wrightstone says the theory behind Biden’s climate plan is that a carbon taxation scheme and the regulation of the oil, gas and coal industries out of existence would lower CO2 emissions, resulting in reduced greenhouse gas warming from C02.

The problem, he says, is that there has been no evidence of “any atmospheric CO2 levels being reduced.”

There's “no doubt we're in a warming trend” that started 300 years ago, said Wrightstone, who believes modest warming and increasing levels of CO2 benefit Earth’s ecosystems and humanity.

“Those natural forces that cause temperature to rise for the first two hundred and fifty years did not suddenly cease in the middle of the 20th century,” he added. “Whatever this plan is and there's really no evidence that it will do anything to help.”