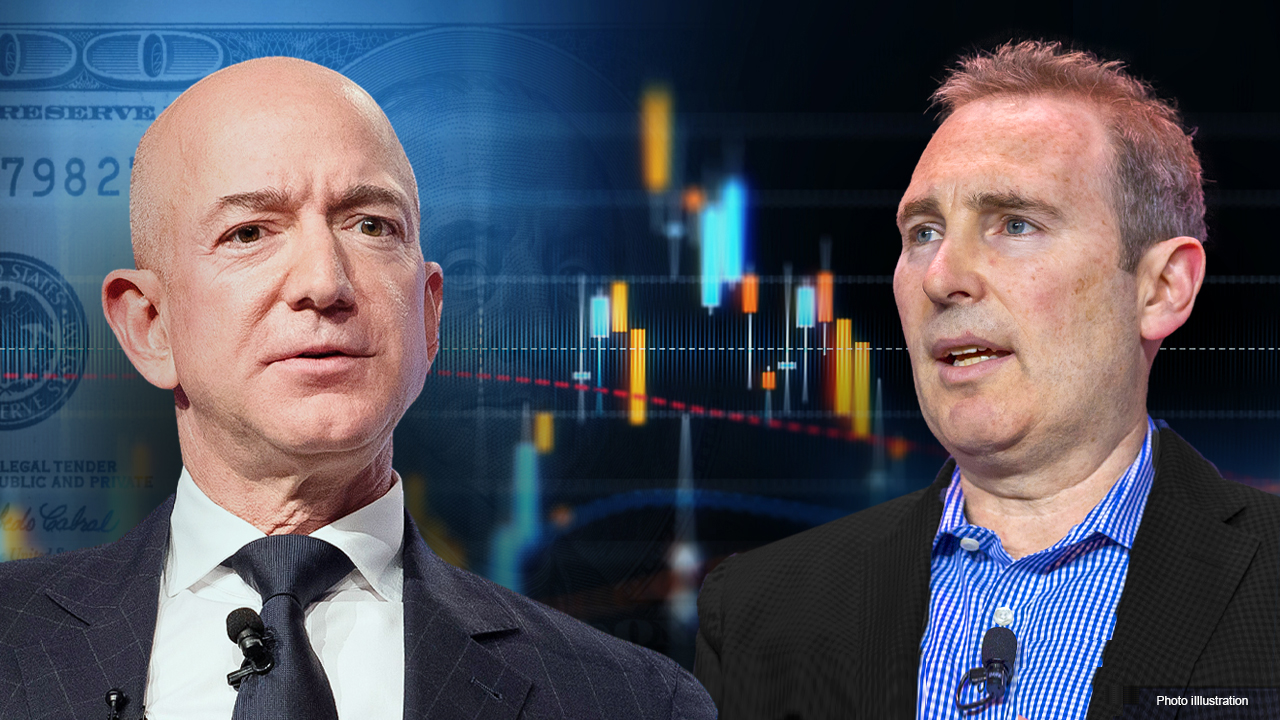 Amazon acquires MGM for $8.45B

Amazon shares are up following the purchase of MGM Studios for $8.45 billion. FOX Business' Maria Bartiromo with more.

Hours after inking an $8.45 billion purchase of MGM Studios, Amazon CEO Jeff Bezos has confirmed the date he will step aside.

Andy Jassy, the incoming CEO, will take the helm on July 5, while Bezos will become Amazon’s executive chairman. The date was confirmed at the company's annual meeting.

Jassy, who has won accolades for running Amazon’s highly profitable cloud computing wing, started in Amazon's marketing department in 1997. Bezos, who founded the e-commerce giant in 1994, has seen his net worth grow to $190 billion, according to Forbes, making him the world's richest person.

His divorce from former wife MacKenzie and his new relationship with girlfriend Lauren Sanchez continues to grab headlines as does his spaceship company Blue Origin and its race against rival Elon Musk's SpaceX.

Meanwhile, Amazon on Wednesday confirmed a deal to buy MGM Studios, adding a catalog of more than 4,000 films and 17,000 shows to the e-commerce giant's portfolio, which has so far mostly been mostly focused on producing TV shows. Titles that will enter the Amazon catalog, so long as the deal is approved by regulators, include the "James Bond" and "Rocky" franchises and "The Handmaid's Tale" TV series.

The acquisition, which is CEO Jeff Bezos' largest since the online retailer purchased Whole Foods for $13.7 billion in 2017, follows AT&T Inc.'s $43 billion combination of its WarnerMedia division with Discovery Communications Inc., creating a streaming giant to compete with Walt Disney Co.'s Disney+ and Netflix.