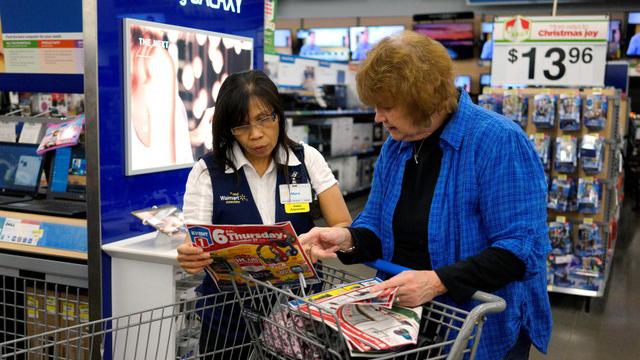 Retail concerns consumers are getting too used to sales

RetailMeNot Chief Marketing Officer Marissa Tarleton on the outlook for retail during the holiday shopping season.

(Reuters) - Abercrombie & Fitch Co forecast same-store sales for the holiday quarter above analysts' estimates on Thursday, driven by strong sales at its Hollister and flagship stores, sending its shares soaring as much as 16.3 percent in premarket trading.

The company also promoted the head of Hollister, Kristin Scott, to a newly created position of Global Brands president.

Stacia Andersen, brand president of Abercrombie & Fitch, would be leaving the company, it said.

The apparel retailer said it expected fourth-quarter same store sales to rise in the low single digits. Analysts had expected an increase of 0.6 percent.

Sales at established stores rose 3 percent in the third quarter ended Nov. 3, well above an increase of 1.6 percent estimated by analysts, according to IBES data from Refinitiv.

Analysts on average had expected adjusted earnings of 20 cents per share on revenue of $853 million.

(Reporting by Uday Sampath in Bengaluru; Editing by Anil D'Silva)