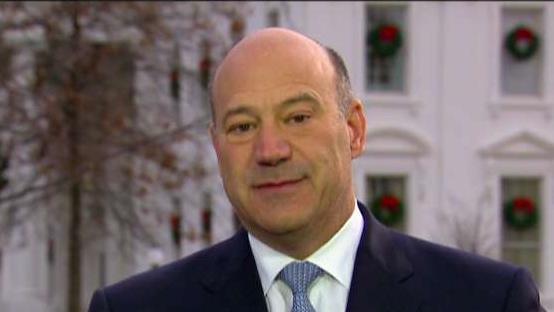 Taxpayers like certainty when they're trying to figure out how to pay as little tax as possible. Right now, there's never been less certainty about what the tax laws will look like in the near future, as competing tax reform proposals from the House and the Senate are set to square off in a joint conference. The goal is to create new tax laws that both chambers of Congress can agree on and vote to approve.

What that means is that what's in store for 2018 on the tax front isn't nearly as clear as it normally would be by now. Below, you'll find 10 key tax provisions that could change in 2018, with some guesses about what the final provisions of a tax reform bill might be.

To go along with the new tax rates, the tax brackets at which each rate would take effect will change. The House plan is again the simpler of the two, with the first bracket extending up to $45,000, the next to $200,000, and the third to $500,000 for single filers. The Senate plan keeps the lower brackets relatively close to their current levels, with its top brackets also starting at $200,000 and $500,000, respectively.

Both provisions would increase the standard deduction. Under the current proposals, the House would create new standard deductions of $12,200 for singles and $24,400 for joint filers. The Senate version has slightly lower amounts of $12,000 and $24,000, respectively. Both would be substantial increases compared to the $6,500 and $13,000 standard deductions that would have been in place without tax reform. However, both provisions eliminate personal exemptions, which makes the net impact on taxable income less dramatic for taxpayers who have dependents.

The House measure would boost the estate tax exemption from its 2017 level of $5.49 million to $10 million for 2018, establishing a path for full repeal within the next six years. The Senate bill falls short of full repeal of the estate tax, but it would double the exemption, presumably to $11.2 million, compared to the initially expected inflation-adjusted figure of $5.6 million that would be in place without tax reform.

Both bills would have a dramatic impact on what taxpayers who itemize can deduct for the tax payments they make to state and local governments. The two measures agree that taxpayers should be able to continue to deduct up to $10,000 for state and local property taxes only. However, provisions for deducting state or local income or sales taxes will disappear, eliminating a key itemized deduction for many taxpayers.

One area where there's considerable difference between the House and Senate versions of tax reform is with the medical expense itemized deduction. The House bill sought to repeal the deduction entirely, but the Senate sought not only to restore it but also to make it easier for taxpayers to take it. The Senate version would reduce the income threshold above which medical expenses would be deductible from 10% to 7.5% of adjusted gross income for taxpayers of all ages.

It's unclear whether there will be major changes to the tax credits that students and their families are entitled to receive under current tax law. The House proposal sought to eliminate the lifetime learning credit in exchange for offering a fifth year of credits under the American Opportunity tax credit provision at a 50% rate. The Senate largely left the provisions unchanged. Families with students in college or taxpayers who expect to get job training will need to see whether the tax breaks survive in their current form.

Lawmakers sought to get rid of the alternative minimum tax (AMT), which forces some taxpayers to pay more in taxes than they would under the regular tax laws. The House plan eliminates the AMT entirely, while the Senate proposal keeps the tax but increases the exemption amounts at which the provision takes effect. Either proposal would reduce what taxpayers pay in AMT, but the Senate bill would still force taxpayers to go through the exercise of calculating the potential tax.

Lawmakers are trying to reconcile the two different provisions and pass a compromise bill by the end of the year. For those who are looking to plan their taxes for 2018, even that quick time frame wouldn't be ideal, requiring last-minute decisions about how to wrap up their tax affairs in 2017.