Photos show the home as it was staged for sale. (Courtesy Zillow.com)

Jussie Smollett is unloading his Los Angeles home at a discount, according to new reports.

Real estate records obtained by The Blast show the "Empire" actor, more recently in the news facing claims he faked an assault in Chicago, sold his West Coast digs. The three-bedroom, four-bathroom mansion closed at $1,655,000 - which the site reports was a $30,000 loss.

The hillside home closed on July 15, less than two weeks after Smollett requested a lawsuit filed by the city of Chicago be moved to federal court.

Attorneys for the city are seeking $130,000 in reimbursements for overtime and other expenses related to an investigation that police say was staged by the actor in January.

Then-Mayor Rahm Emanuel, in a press conference, said Smollett should pay the city back. 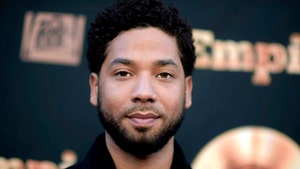 Smollett has privilege written all over him, said singer Joy Villa.

"Given that he doesn't feel any sense of contrition and remorse, my recommendation is when he writes check in the memo section [of the check], he can put the word 'I'm accountable for the hoax," he said.

Smollett initially reported to police that he was attacked by two men wearing red hats who used racial and homophobic slurs.

Police later claimed his case was fabricated, releasing footage showing interviews with Smollett when he reported the crime.

Prosecutors decided to dismiss charges recommended by police in the incident.

It's unclear whether the actor plans to find a new place in California, where "Empire" is filmed. The show was renewed for a sixth season, but the show's creator has said Smollett will not be a part of it.