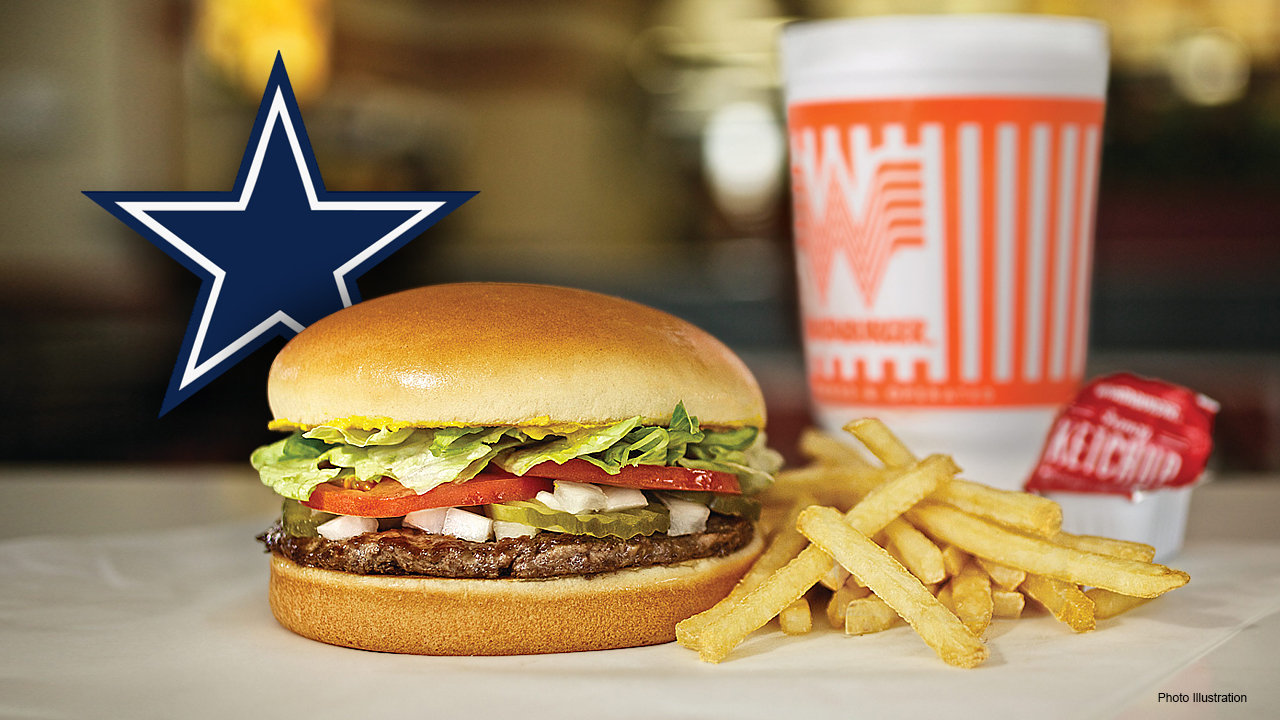 Iconic Texas burger chain Whataburger announced that its burgers are now the “official burger of the Dallas Cowboys” Wednesday.

Iconic Texas burger chain Whataburger announced that its burgers are now the “official burger of the Dallas Cowboys.” (Whataburger)

The partnership came just ahead of the Cowboys’ season opener against the Rams on Sunday.

Ed Nelson, the president and CEO of Whataburger, compared the legacies of the two Lone Star state institutions.

“Together, the Cowboys and Whataburger bring 130 years of experience in winning Texans’ hearts,” Nelson said in a written statement. “It’s a partnership with the greatest home field advantage of all – our fans and communities.”

This is the first time Whataburger has been declared the official burger of an NFL team, the company said in a press release. But the restaurant has worked with the Cowboys in the past, sponsoring a coach of the week and a program honoring high school football.

“We couldn’t be happier to have a teammate like Whataburger,” Jerry Jones Jr., the Cowboys executive VP and chief sales and marketing officer, said in a written statement. “This partnership brings together two legends that share the same drive to be the best we can for our fans – both on and off the field.”

It’s worth noting that the Cowboys are not the only Texas NFL team to designate an official burger. The Houston Texans announced a “multi-year partnership” with Fuddruckers in 2015.

The Cowboys-Whataburger partnership will bring more orange-and-white to AT&T Stadium, plus what they called “exciting community activations” around popular causes in Texas, according to the press release.

A limited number of fans may be able to get their first look at the changes in person when the Cowboys host the Atlanta Falcons in their home opener on Sept. 20. The team has said it will play in front of a live crowd this season, but coronavirus safety precautions will likely limit the crowd to half of the stadium’s 80,000-person capacity.