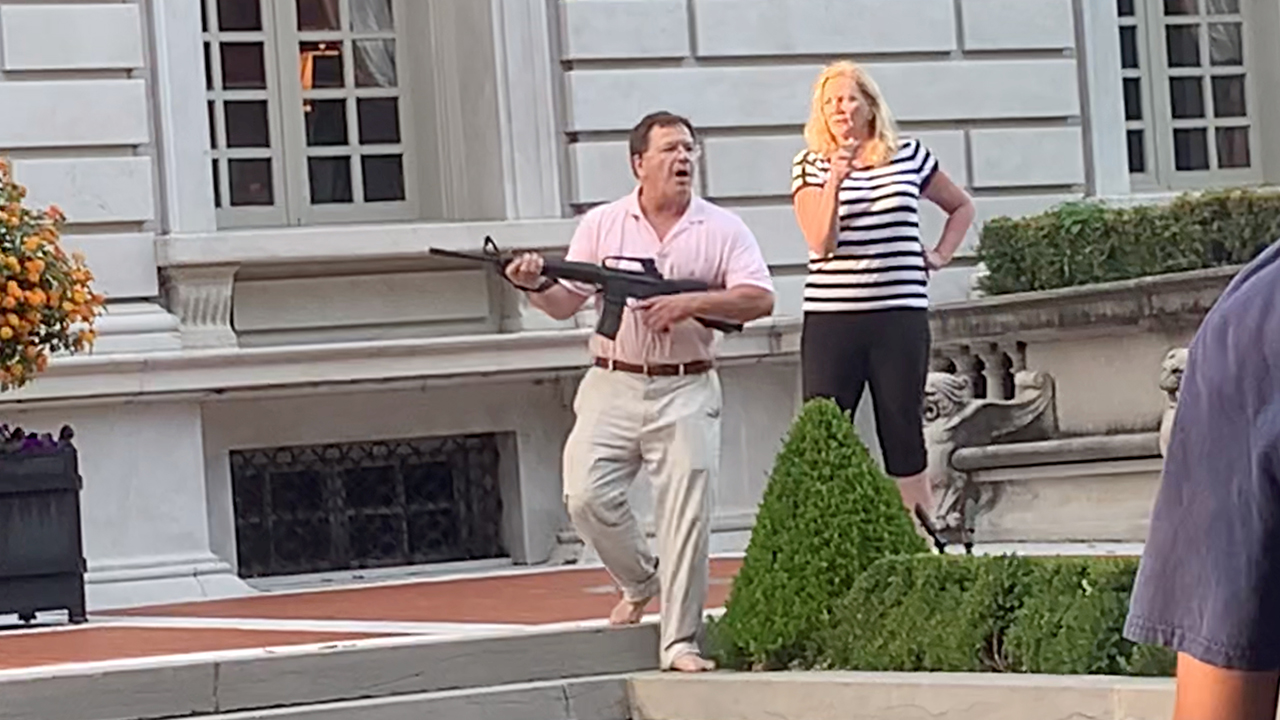 Missouri’s “castle doctrine” is in the spotlight following a confrontation between protesters and gun-toting St. Louis homeowners that was shared in viral videos.

The doctrine is a self-defense law allows someone to use physical force when they believe it’s necessary to stop what they think is “stealing, property damage or tampering in any degree.” Missouri’s law gives individuals protecting their property more leeway compared to many states and permits the use of deadly force in cases where the person believes they or others are at risk of death, serious injury or other crime, according to Findlaw.com.

“This means that if someone illegally enters your front porch or backyard, you can use deadly force against them without retreating first,” according to the website.

The name of the castle doctrine comes from the old saying: “A man’s home is his castle.” But under Missouri law, that can also include any kind of residence, a vehicle, other private property or “any other location where they have the right to be,” according to Findlaw.com. Castle doctrine laws are frequently similar to other self-defense legislation like "stand your ground" laws.

In order to be found guilty in a case using the castle doctrine defense, a prosecutor must prove to jurors beyond a reasonable doubt that a defendant did not act in self-defense, according to a YouTube video by Kansas City, Missouri attorney Matt O’Connor.

“So it’s a pretty broad definition and it gives people a right to defend their home,” O’Connor said in the video.

WHAT IS STIMULUS FRAUD?

In the recent St. Louis case, videos appear to show homeowners Mark and Patricia McCloskey pointing firearms at peaceful protestors walking in a street Sunday evening. However, it was a private street that the protesters reached by passing through a gate, Fox News reported.

Albert Watkins, the attorney for the McCloskeys, told Fox News that the couple hadn’t armed themselves until protesters entered their private property.

St. Louis police and the city circuit attorney are investigating the couple, according to the report.

A couple draws their firearms on protestors as they enter their neighborhood during a protest against St. Louis Mayor Lyda Krewson, in St. Louis, Missouri, U.S. June 28, 2020, in this picture grab obtained from a social media video. (Daniel Shular/vi (Daniel Shulvar/ Reuters)

This is not the first time a self-defense law has come into question in a highly-publicized incident. The most well-known case may be when jurors in Florida acquitted George Zimmerman for the shooting death of unarmed teenager Trayvon Martin. The state’s “stand your ground” law, which offers similar protections to a castle doctrine for self-defense, played a key role in Zimmerman’s defense.

In 2017, Missouri’s own “stand your ground” law came into question after a man shot and killed another man who had stolen his phone and was running away from him.

More recently, prosecutors had initially declined to pursue charges in the killing of Ahmaud Arbery in Georgia because, they said, of the state’s “stand your ground” law. However, three suspects have since been indicted on murder charges in his death.