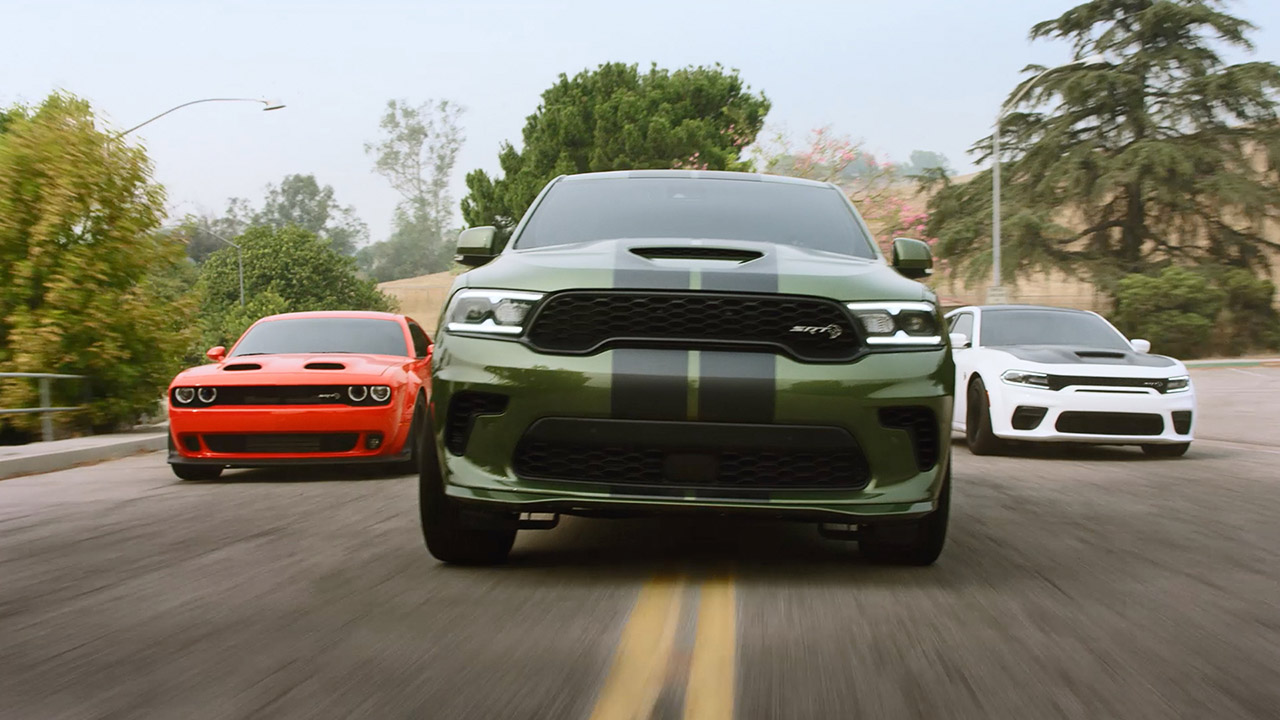 Dodge is first, and it wants you to remember that.

The Fiat Chrysler Automobiles brand is celebrating its first-place showings on the J.D. Power Initial Quality and APEAL studies with an in-your-face commercial that serves as a prequel to the 2006 film “Talladega Nights” that's set in an alternate universe 1981 where Dodge’s latest muscle cars exist.

In it, Gary Cole reprises his role as Reese Bobby as he races down a street alongside a young Ricky Bobby and Cal Naughton in Dodge’s new lineup of Hellcat-powered muscle cars, which are the most powerful American vehicles on sale today.

The boys are depicted doing several stunts behind the wheel of the high performance models before pausing to remind viewers they’re not really driving, then take off again to the soundtrack of the new AC/DC song “Shot in the Dark” that’s premiering with the spot.

Reese praises their driving and tells Ricky to “forget what your smoking hot mom and your teacher say and just remember my motto,” to which his son replies with a quote from the film “wake up in the morning and piss excellence!”

Reese says that’s not it and neither is Cal’s answer, “always get a DNA test?”

Nope, what he was going for is the famous line, “If you ain’t first, you’re last.”

FCA's Head of Passenger Car Brands Tim Kuniskis said the unconventional commercial is aimed at the “brotherhood” of Dodge fanatics, and if the other 97% of people don’t get the joke, that’s fine with him.

He said the marketing team pulled out “our tuxedo T-shirts” to come up with the ad and that they did it the same way Dodge does cars, by turning up the boost and adding more power.

The spot is the latest FCA commercial to reimagine a classic film after Jeep's "Groundhog Day" Super Bowl ad starring Bill Murray, which was nominated for an Outstanding Commercial Emmy this year.