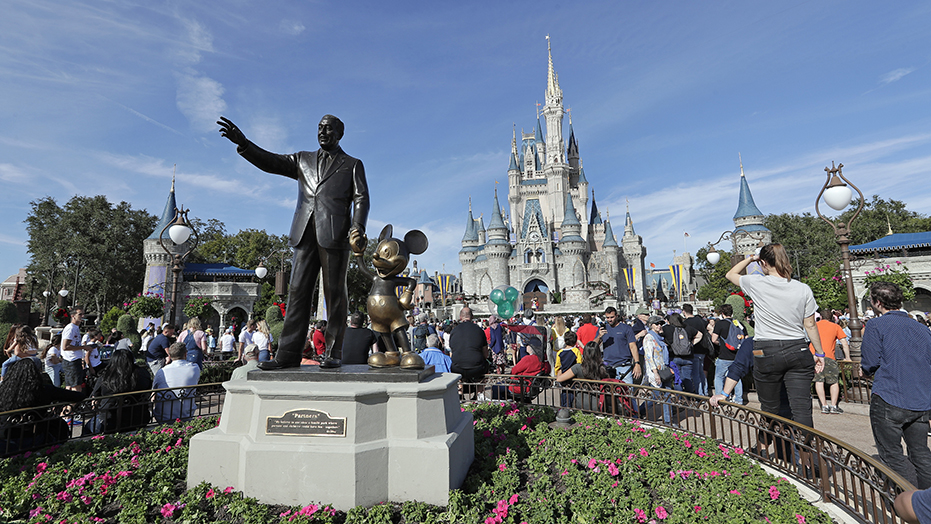 Walt Disney World staffers were hit with a round of layoffs on Tuesday, leaving the future of some of the theme park's beloved live performances and biggest attractions unknown.

The cuts were confirmed to Fox Business in a statement shared by the Actors' Equity Association, a union that represents a number of Walt Disney World performers.

The statement continues: "These reductions are another tragic reminder that until the virus is brought under control with a national strategy for masks, testing and contact tracing, everyone who works in the arts needs help like extended pandemic unemployment insurance and federal COBRA health insurance subsidies.”

FLORIDA DISNEY PROPERTIES TO LOSE AT LEAST ONE QUARTER OF STAFF THROUGH LAYOFFS: REPORT

The Orlando Sentinel first reported that entertainers of some of its most popular live shows, including “Festival of the Lion King” or “Finding Nemo: The Musical," were let go on Tuesday.

Some of the biggest attractions affected include staffers of the "Hoop-Dee-Doo Musical Revue," the cast of "Monsters Inc. Laugh Floor," "Beauty and the Beast -- Live on Stage" and "Indiana Jones Epic Stunt Spectacular," the outlet reports.

The "Hoop-Dee-Doo Musical Revue" dinner show had been a staple since 1974. One of its entertainers, Nicolette Quintero reacted to being laid off on Tuesday.

The reductions come after months of reduced footing at the beloved theme parks and affects a number of Disney live performances. (iStock)

“Claire DeLune, you were a dream come true,” Quintero said via the local outlet. “My dream role at my dream company on one of my favorite stages. Today is a very hard day.”

Representatives for Walt Disney World did not immediately respond to FOX Business' request for comment on Wednesday and have yet to release a public statement on the new round of layoffs.

The entire cast of "Monsters Inc. Laugh Floor" was reportedly cut, too. The show took place at Magic Kingdom. The live "Beauty and the Beast" stage show was also laid off at Hollywood Studios as well as the cast of "Indiana Jones Epic Stunt Spectacular."

Performers on Main Street USA in the Magic Kingdom park and entertainers of the Citizens of Hollywood at Disney’s Hollywood Studios were reportedly also included in the cuts.

The Disney website lists the aforementioned shows as "temporarily unavailable" but it's important to note those statuses have appeared on the website for months, as a majority of them had already been shut down due to social distancing requirements.

The layoffs come after months of reduced footing at the parks caused by the coronavirus pandemic. Disney Chairman Josh D'Amaro announced in September that the reductions were on the horizon. At the time, the chairman said in a statement that Disney would be laying off 28,000 employees.

"In light of the prolonged impact of COVID-19 on our business, including limited capacity due to physical distancing requirements and the continued uncertainty regarding the duration of the pandemic -- exacerbated in California by the State's unwillingness to lift restrictions that would allow Disneyland to reopen -- we have made the very difficult decision to begin the process of reducing our workforce at our Parks, Experiences and Products segment at all levels, having kept non-working Cast Members on furlough since April, while paying healthcare benefits," D'Amaro's statement read.

It continued: "Approximately 28,000 domestic employees will be affected, of which about 67% are part-time. We are talking with impacted employees as well as to the unions on next steps for union-represented Cast Members."

The Orlando Sentinel reported the layoffs will ultimately result in 20% of its Orlando staff being cut, which equates to more than 15,500 employees.