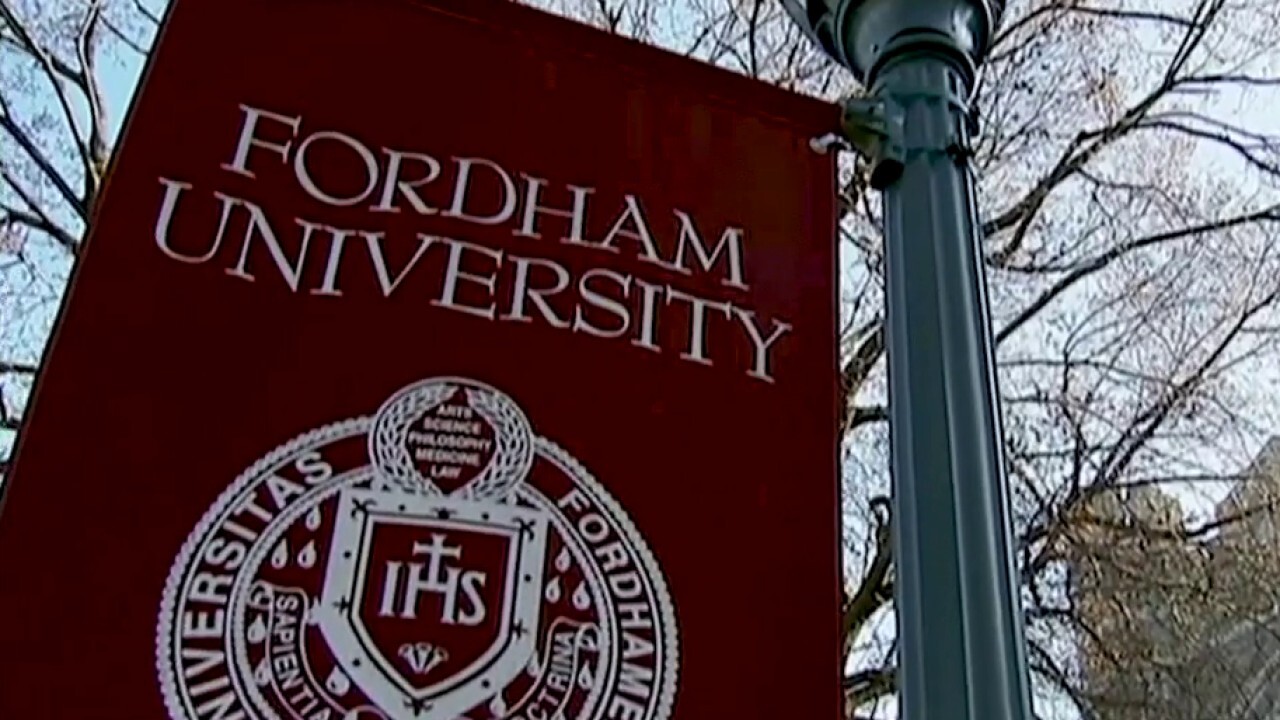 After nearly a year of virtual learning amid the COVID-19 pandemic, students have taken advantage of new ways to cheat on digital exams and essays.

There are a variety of “homework help” websites that facilitate this behavior, including Chegg, Slader and Course Hero, as well as “essay mill” sites like Grademiners and 99Papers.

Cheating requests for “exam-style questions” posted on Chegg related to computer science, mechanical engineering, electrical engineering, physics and chemistry surged nearly 200% between spring/summer of 2019 and the same period in 2020, Imperial College London researchers Thomas Lancaster and Codrin Cotarlan found in their study published in the International Journal for Educational Integrity.

"...Students post a question and wait for the responses. A lot of the posts are pictures. They can be photos of written documents or screenshots," Lancaster told Fox News. "The fact they're pictures rather than text makes these difficult to search. There's no certainty that all questions will be answered, but most are. The simpler maths and science-type questions often get answers in just a few minutes.

People remove belongings on campus at the University of North Carolina in Chapel Hill, N.C., amid the coronavirus pandemic. (AP Photo/Gerry Broome, File)

Jeffery Bettag, a senior at the University of Notre Dame, told Fox News that Chegg and similar websites are frequented by students in beginner or intermediate classes because the exams they are taking may include questions that are more generic than those on exams for higher-level classes.

Lancaster and Cotarlan found that cheating requests are surging despite an honor code on Chegg's website asking students not to breach academic integrity, as well as other school-specific honor codes.

"The growth of the site is unprecedented," Lancaster said. "From an educational technology site perspective, it is a huge success story. But from an academic integrity perspective, this is frightening. What we have to ask ourselves is why this growth has happened."

Bettag doesn't think the honor codes do much to help.

“Do I think that really changes anything? No, I don’t,” he said, adding that almost all professors include some kind of honor-code reminder on virtual exams, but he wouldn’t be surprised if students ignore it. Notre Dame went virtual in March, but the majority of classes have switched back to in-person for spring.

Bettag is only taking one virtual class this spring.

After a year of the pandemic, online learning has become “a joke” for many students who are no longer interested in classes that they might have paid more attention to had they attended in person, he said.

“Obviously, people have different learning tendencies,” Bettag said. “A lot of students tend to be lazy if they want to be. They’re always looking for the easiest way out.”

Camilla J. Roberts, president of the International Center for Academic Integrity, told Fox News that the added stress of the pandemic such as job losses, moving, online classes and technical difficulties associated with working and studying from home has "pushed some students to make choices in regards to their academics that they may not have normally made."

"This stress in conjunction with the perceived ease of getting information from online sources or classmates remotely did lead to academic integrity violations occurring," she said.

In an ideal situation, students want to be “intrinsically motivated” in their studies because it’s what they want to do in their future careers, Bettag said, but because grading is the only thing keeping many students motivated right now, motivation has become more "extrinsic."

There have been numerous school-specific reports about students taking advantage of homework help services in combination with online learning to cheat on exams administered online.

U.S. colleges and universities including Boston University, Princeton University, University of North Carolina Greensboro, University of Minnesota, Texas A&M, UPenn, Georgia Tech and others have grappled with students using Chegg and similar websites to cheat as they take part in virtual classes.

Rachel Lapal Cavallario, assistant vice president of public relations at the university, told Fox News that it investigated academic misconduct and found that “students use a variety of educational resources, many accessible with just a few keystrokes on a laptop.”

“Nonetheless, we expect students to abide by Boston University’s Academic Conduct Code, and faculty reinforce it at the beginning of each semester in discussing course requirements and their grading and evaluation policies with students,” Cavallario said. “The Academic Conduct Code clearly states its purpose and the expectations for students, and also lists examples of violations for which students are held accountable.”

Vladimir Pyltsov, center, is picked up by his mom Dina Pyltsova at the Warren Towers dorm at Boston University in Boston on March 22, 2020. (Photo by Pat Greenhouse/The Boston Globe via Getty Images)

A mathematics teacher’s assistant (TA) at Princeton posted a false answer to Slader last spring in an effort to catch students attempting to cheat, according to The Daily Princetonian, the school's newspaper.

Internal documents obtained by the newspaper discussed a “very sad list” of at least 21 students suspected of violating academic integrity policies related to a specific set of math questions due in April of 2020 after COVID-19 forced a shift to remote learning.

Bettag said that when it comes to asking why students cheat, it’s because “at the end of the day,” they want to do as best as they can, and some feel that not using resources at hand --  whether it be Chegg, Google or an open textbook -- may put them at a disadvantage compared to other classmates who do the same.

5 STUDENT LOAN REFORMS TO WATCH FOR

“Students are going to use whatever resources they can to get a good grade,” he said.

Lancaster and Cotarlan concluded in their study that the growing issue must be aware of the possibility that students are using online resources to cheat on digital exams and that possible punishments for such behavior must be communicated to students. Automated monitoring systems might help, too.

"I've spoken to academic colleagues around the world and they're reporting seeing more requests across a whole range of these sites," Lancaster said. "They're also detecting more students cheating. It pains me that's happening, as those students are putting their academic future at risk, not realizing that they can be caught."

On the other hand, Roberts noted that while it is "accurate to state that for many institutions, the number of cases reported has increased," researchers "cannot be certain it means there has definitely been increased cheating."

Students wearing protective masks study inside of the Thompson Library on the first day of classes at Ohio State University in Columbus, Ohio, U.S., on Tuesday, Aug. 25, 2020. (Ty Wright/Bloomberg via Getty Images)

"Many faculty and instructors were more vigilant during online instruction because they knew the potential for misconduct was apparent. This vigilance led to increased reporting," she explained.

A number of academic institutions "worked with faculty from the initial transition to online education last March to assist them in transitioning their courses online, and for many institutions, a major component of this transition was how to maintain the educational integrity of the course."

In any case, the end result of cheating is always the same: Students don’t retain as much information when classes are virtual.

"The biggest problem comes when students aren't just getting support, but are also getting answers handed to them on a plate, without ever developing a real understanding of their subject," Lancaster said. "That temptation is there and when students don't feel they have support, they can be pushed towards misconduct."

“With all this online stuff and professors not adapting as well as they should ... in reality, what’s happening is, you’re creating a generation of incompetence,” Bettag said. “If you don’t have that pressure, what’s the point of even going?”

He added that with only a few hours of classes per day and a lack of in-person activities, students feel pressured to pay for higher education that may not end up being completely worth the post-grad debt.

They’re “not really learning how to work and persevere” the same way they would if schools returned completely to a normal, pre-COVID state, he said.