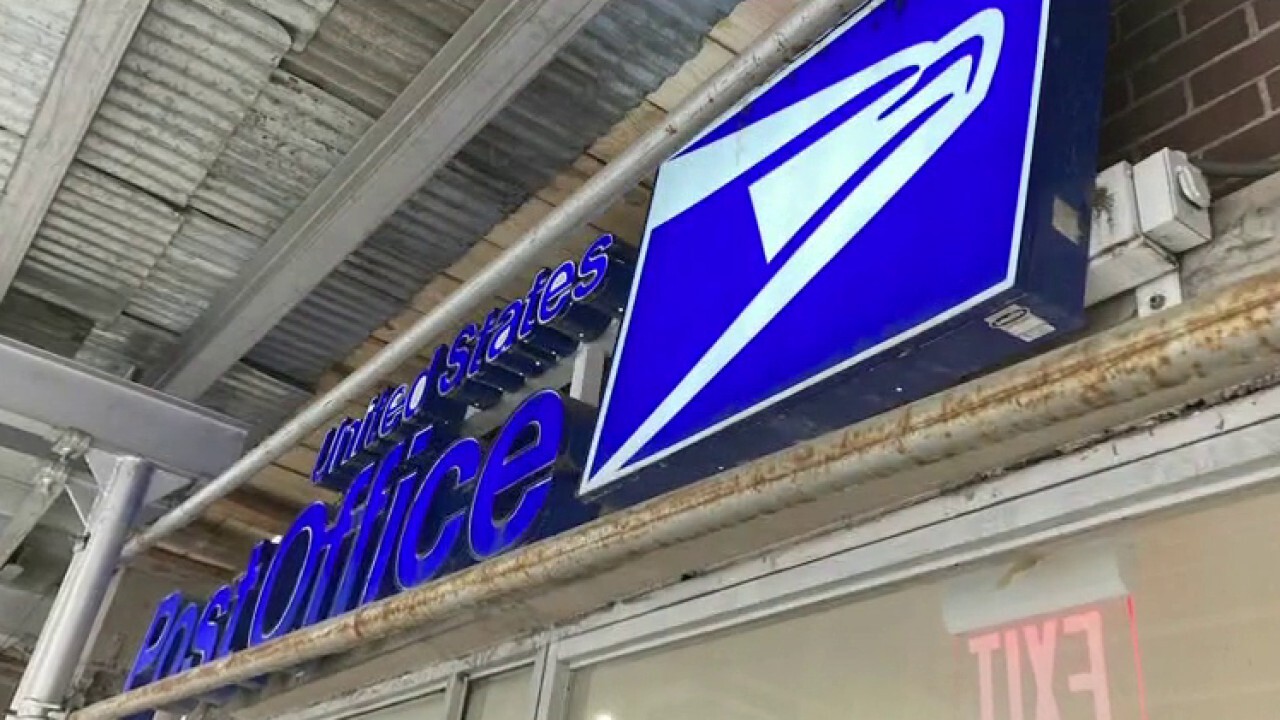 Rep. Andy Biggs, R-Ariz., says government agencies need to be more transparent with the American people on 'The Evening Edit.'

The U.S. Postal Service is moving forward with its decision to raise costs on Aug 29 in an effort to boost revenue, according to a letter from USPS Vice President of Government Relations and Public Policy Peter Pastre.

USPS first announced the increase on May 28, though lawmakers including Rep. Glenn Grotham, R-Wis., have expressed concerns with the plan.

First-class mail stamp prices will increase from 55 cents to 58 cents, and general mail products will see average price increases of about 6.8%. Costs for magazines, newspapers and catalogs will rise by 8.8%, according to a July 19 filing from the Postal Regulatory Commission (PRC).

"Under the Postal Accountability and Enhancement Act (PAEA) of 2006, the PRC administers regulations and pricing rules based on whether a product is considered 'market dominant' or 'competitive,'" Pastre wrote in a July 13 letter to Grotham. "Since the enactment of PAEA," the USPS has "not had sufficient pricing authority for [its] market dominant products to adequately respond to changing market realities."

A USPS deliveryman sorting in the back of his truck on LaSalle street in the Loop late in the day. (iStock)

Pastre's letter came in response to a July 1 letter from Grotham and 21 other bipartisan Congressmembers asking Postmaster General Louis DeJoy to delay any rate increases until at least January of 2022.

"…Now is not the time for actions that further disrupt the economy and the use of mail," the lawmakers wrote. "The mailing industry accounts for approximately 7.3 million jobs and represents 4.4% of the nation’s total civilian labor force. Keeping these companies healthy and ensuring they remain customers of the U.S. Postal Service is critical to maintaining viability, so the Postal Service can continue to serve the American people and help to spur our economic recovery overall."

Pastre said in his response that prices increases will allow USPS's mail volume to decrease by just 2.3% annually while it collects $1.6 billion in additional revenue, which is 4% more than its current revenue, as FNN reported.

"Generally, it appears that at least in the short-term, market-dominant mail is recovering from the impacts of the pandemic, but the preexisting declines will continue," he wrote to lawmakers.

USPS delivered 89.3% of first-class mail on time through the first half of July, as well as 92% of marketing mail and 83% of periodicals, according to a July 22 press release.

The price increase is part of the agency's 10-year plan to become financially sustainable and reach a goal of 95% on-time mail service performance, though the initiative includes longer delivery times for some first-class mail, shorter hours for some post offices and more expensive postal rates.