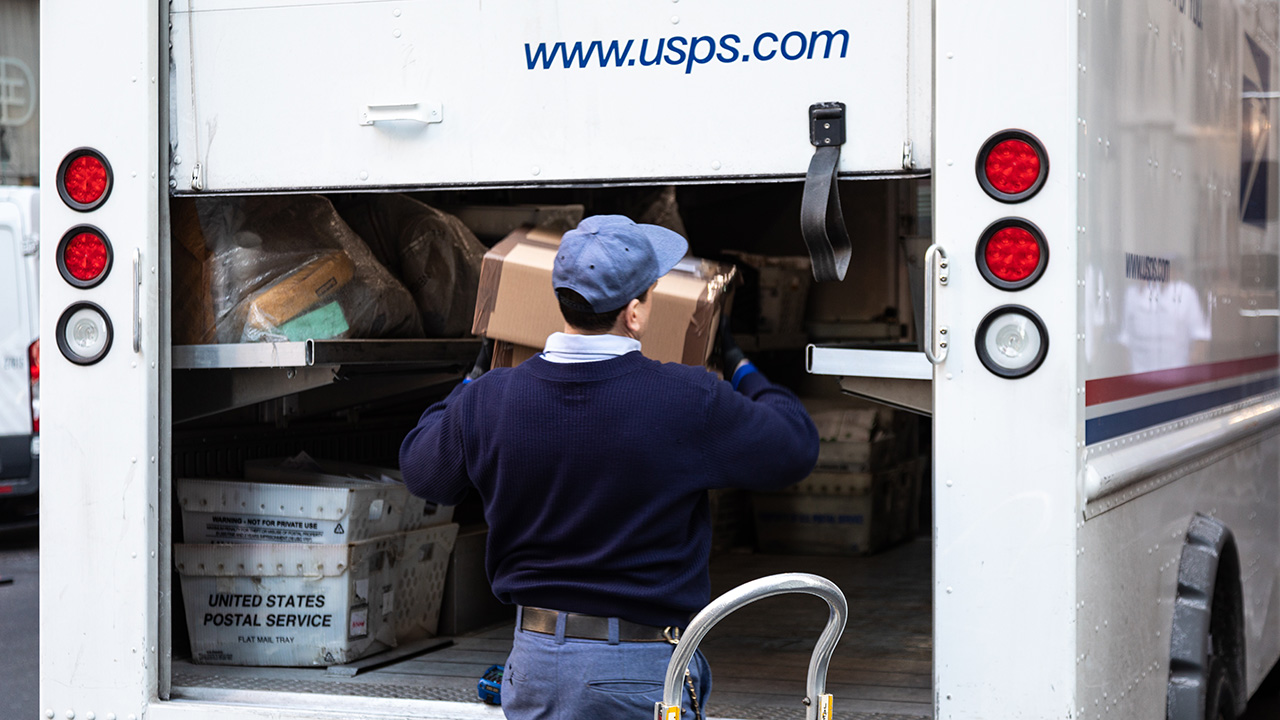 Conservative talk show host Larry Elder, who ran for governor of California, weighs in, arguing that 'soft-on-crime' politicians are to blame for rise in crime.

The United States Postal Service will slow down delivery speeds for nearly one-third of first-class packages as part of new service standards slated to take effect starting May 1.

According to USPS, 32% of first-class packages will see their service standard increase by one or two days under the new changes.  (iStock / iStock)

"Modifying these service standards will allow for additional transport time for long-distance package deliveries and increased network efficiencies," the Postal Service said in a news release on Monday. "The new FCPS service standards will also enable additional package volume to be transported by surface transportation, which is more reliable and affordable compared to air transportation."

The move is part of the Postal Service's 10-year plan, which aims to reverse a projected $160 billion in losses over the next decade.

The agency says the plan's growth and efficiency initiatives are expected to spur cash flow and savings to make $40 billion in capital investments over the next 10 years – including $20 billion toward the Postal Service’s mail and package processing network, facility upgrades and procurement of new processing equipment.

"By implementing the elements of our 10-year plan, we will deliver the consistent, reliable service that the American people and our customers expect and deserve and grow package volume, spurring revenue growth that can be invested back into the Postal Service," Postmaster General Louis DeJoy said in a statement.

The Postal Service generally receives no tax dollars for operating expenses and relies on the sale of postage, products and services to fund its operations.

It proposed the service standard changes to the Postal Regulatory Commission (PRC) in May. In a September advisory opinion, the PRC determined that the proposed changes "would not substantially affect the Postal Service’s overall financial condition" and that the plan's cost-saving estimates "may be inflated."

"At present, the Postal Service has not demonstrated that it can achieve reliability, efficiency, and economy in its service standard changes," the PRC said.

However, the regulator also acknowledged that it has limited oversight over the Postal Service's package delivery service, with price adjustments and service quality left to the judgment of the agency's board of governors.

In addition to the first-class package service standard changes, the Postal Service will remove an extra day for Priority Mail transported via ground. The day, which was temporarily put in place in April 2020 to account for global supply chain, transportation and employee availability challenges posed by the COVID-19 pandemic, will remain in place for Priority Mail transported by air until reliability from its transportation partners improves.