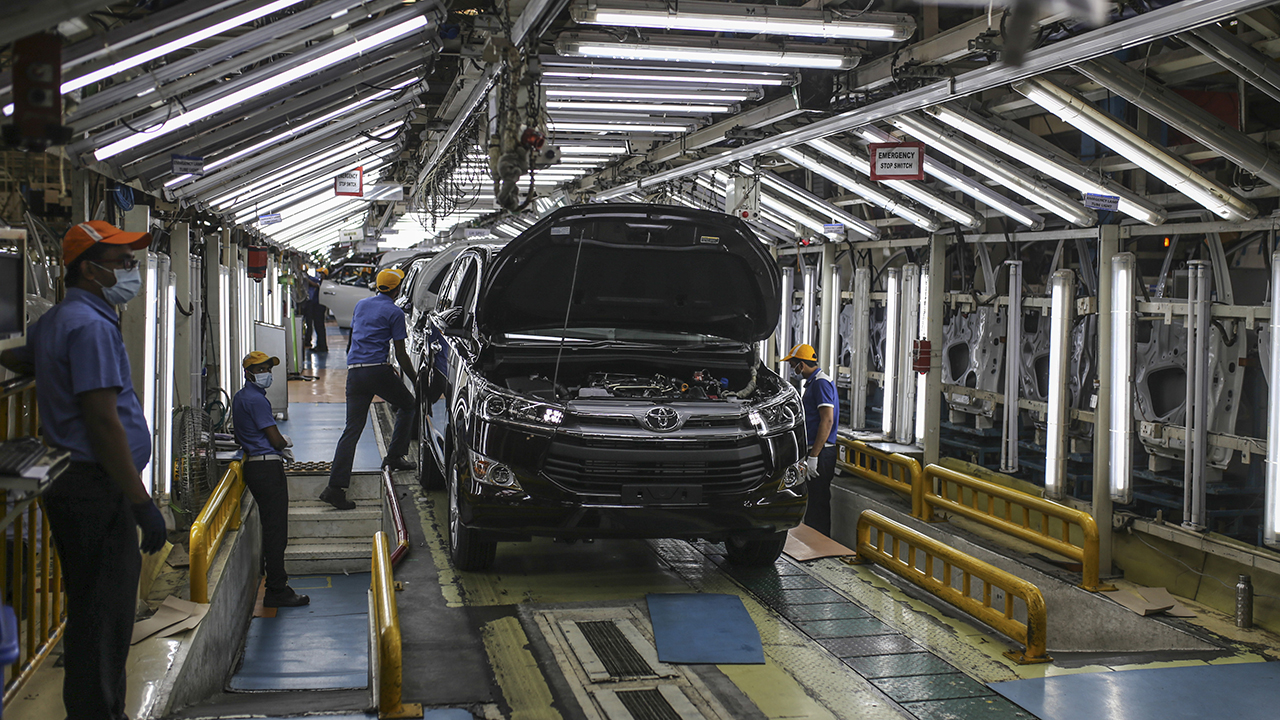 Toyota is getting back to business.

The automaker has been working to secure its supplies of semiconductor chips and now says it plans to build 800,000 vehicles in January, which would be an all-time record for the month, according to Reuters.

The figure is 60,000 higher than this January's output. Toyota expects to lose 14,000 units of planned production in December before ramping back up.

Toyota said it now expects to build 9 million vehicles during the current fiscal year, which is down from 9.5 million cars in 2020 and 10.7 million in 2021.

Nevertheless, it is on track to be the world's largest automaker in 2021 as the shortage of chips and other parts has hampered production across the industry.

Toyota's announcement comes a day after it revealed a new $70 billion plan to electrify its lineup, which includes the launch of 15 all-electric vehicles by 2025.