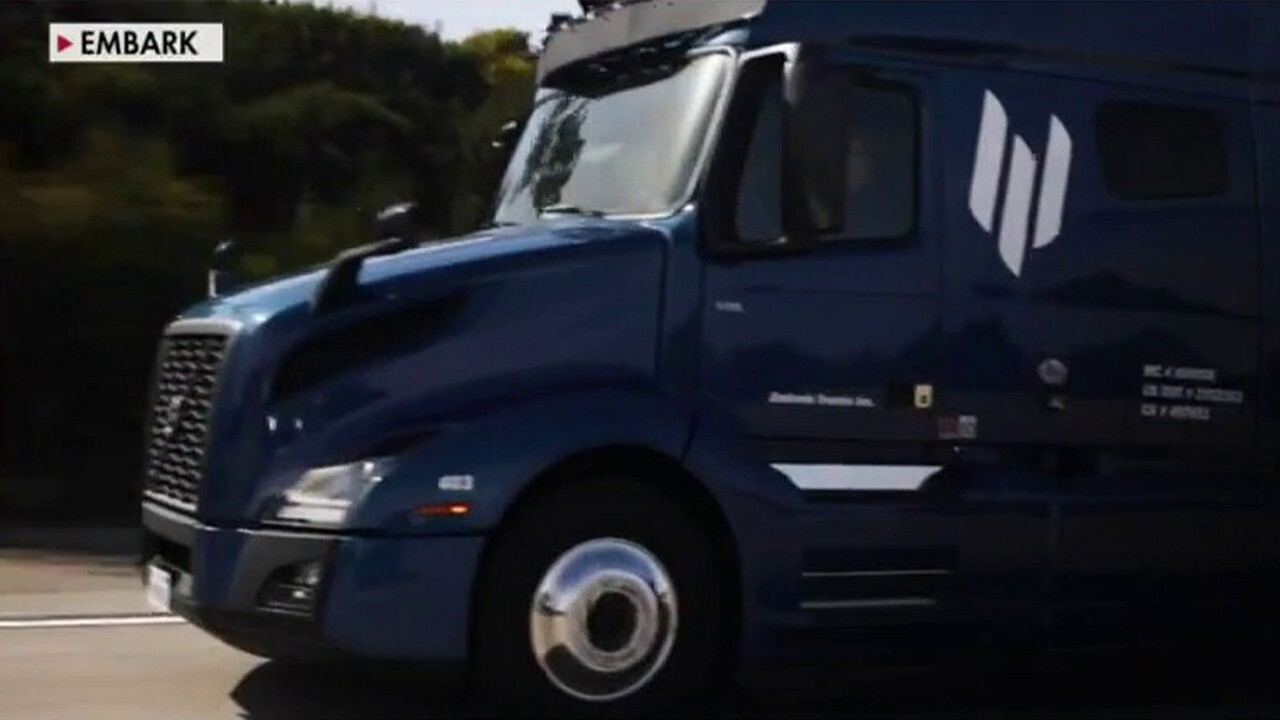 Embark Trucks CEO and co-founder Alex Rodrigues shares information about his company and why he’s chosen to go public via a SPAC.

Some states have drivers who aren’t so nice.

That’s at least what a new study published by Bankrate is saying, which analyzed five different data sources from Bryden & Sullivan, Zippia's and YouGov.com as well as WorldPopulationReview.com’s Bad Driver Index and Finder.com’s Ranking of Worst Drivers.

The personal finance website examined each U.S. states’ ranking to create a "rude driving score" based on general rudeness, poor driving patterns and habits. Bankrate then ranked each state by its earned score.

THESE ARE THE BEST, WORST CITIES FOR DRIVING: REPORT

According to Bankrate’s findings, the five states with the rudest drivers are New Mexico, Oregon, Florida, Nevada and California.

The state of New Mexico comes in at fifth place on Bankrate’s rude driving study. While New Mexico reportedly had drivers who followed better road practices out of the top five rude states, Bankrate determined New Mexico’s appearance on Zippia’s rude driving survey at no. 30 and both World Population Review’s Bad Driver Index (no. 9) and Finder’s Ranking of Worst Drivers survey (no. 3) earned it its place.

In terms of rudeness overall, New Mexico was named the 27th rudest state, according to YouGov’s survey.

The state of Oregon "surprisingly" ranked in fourth place for Bankrate’s rude drivers study. These drivers were less rude than New Mexico’s drivers by only three points.

DRIVERS WITH EXPENSIVE CARS LESS LIKELY TO STOP FOR PEDESTRIANS

According to Bankrate, Oregon "appeared in the top half" of Zippia’s rude drivers ranking at no. 14. It was also named as the 30th rudest state, according to YouGov’s overall rudeness survey.

Bankrate went on to note that Oregon was listed in "the top half" of World Population Review’s Bad Driver Index (no. 13) and Finder’s Ranking of Worst Drivers survey (no. 15).

The state of Florida came in at third place on Bankrate’s rude driving study, which is 23 points lower than what Oregon earned. Bankrate based this determination on Florida’s low rankings on four out of five surveys it analyzed, all of which put The Sunshine State "in the top half of rankings for rudest states."

Bankrate also noted that Florida appeared "near the top of the list" in World Population Review’s Bad Driver Index and Finder’s Ranking of Worst Drivers survey in addition to having the second-highest annual premium for auto insurance in the nation on average "at $2,364 for full coverage insurance."

The state of Nevada was named a "close second" in Bankrate’s ranking of the rudest drivers – earning the lowest rude driving score out of the top five with 22 points. According to Bankrate, "[Nevada] ranks high in all three categories: rude drivers, general rudeness and bad driving."

Nevada and Califonia were the two states that reportedly had some of the rudest drivers in the country. Bankrate theorized these "rude" incidents on the road could be associated with higher alcohol consumption. (iStock)

The Silver State only had better marks in YouGov’s overall rudeness survey, where it placed as the 47th rudest in the country.

Bankrate reports Nevada has "a rapidly changing population that includes many new arrivals to the state who are perhaps unfamiliar with the state’s roadways." It also cited the state’s tourism industry as a potential contributor for "heavy drinking" and "high incidences of poor, reckless and rude driving."

The state of California has the rudest drivers according to Bankrate, but it beats out Nevada with seven points on its assigned rude driving score.

Much like Nevada, California ranked low in overall rudeness on YouGov’s survey (no. 44), but has a "higher than average alcohol involvement" which "can lead to rude driving," according to Bankrate.