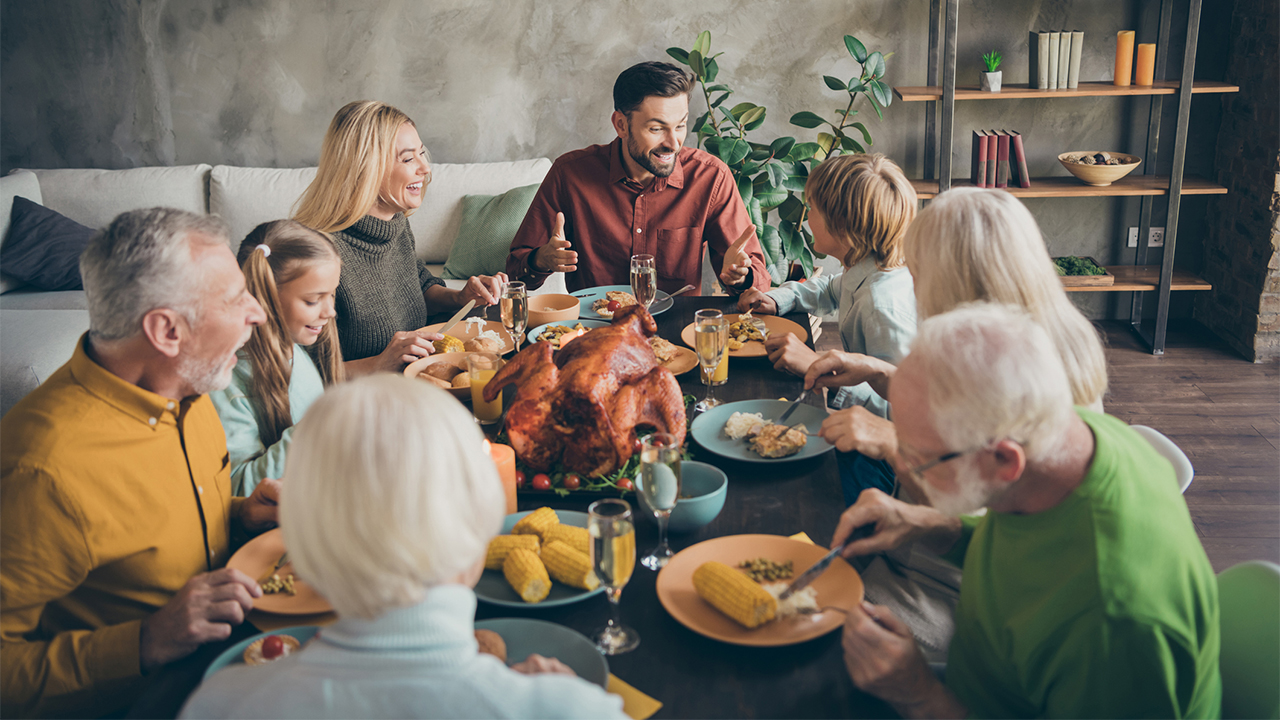 The pandemic is forcing millions of Americans to scale back their Thanksgiving plans against the backdrop of travel restrictions and advisories on large gatherings.

As a result, major grocery chains and turkey farmers are left to grapple with what could be a demand for more birds.

According to data from Kroger, the nation’s largest grocery store chain, 43% of shoppers plan to celebrate Thanksgiving at home with those in their immediate household.

“We know many families are thinking about the holidays differently this year, and we’re preparing our selection of fresh offerings to meet those needs,” a Kroger spokesperson told FOX Business.

Kroger anticipates an increase in demand for other proteins like ham, beef, pork roast and seafood “as first-time holiday cooks are presented with the opportunity to create new meal traditions.”

Kroger’s family of stores will also offer plant-based meats for the growing demand for vegan, vegetarian and flexitarian options. These items include meatless roasts.

Overall, turkey sales at retailers have been up this year, according to the National Turkey Federation. The industry trade group expects demand and sales to remain strong throughout the holiday season. Shifts to more plan-oriented consumer shopping habits resulting from the pandemic also mean that Thanksgiving shopping is likely to take place a little earlier this year.

A recent survey by Butterball, one of the largest producers of turkey products in the U.S., finds that 87% of consumers are committed to celebrating Thanksgiving. Nearly nine in 10 adults who typically celebrate Thanksgiving say they’ll make the Thanksgiving meal happen even under pandemic circumstances.

Butterball anticipates that there will be more--but smaller--gatherings. This year, 30% of people say they will host only immediate family, up from more than 18% of people who would typically do so. The growth in celebrations also means that there will be more first-time hosts. At the same time, 17% of people say that staying at home has allowed them to fine-tune their domestic skills and feel more confident to cook a meal this Thanksgiving.

GROCERY STORE PURCHASE LIMITS ARE BACK

Nevertheless, Butterball predicts that the demand for turkeys will be the same as usual, if not greater. Among those who will be serving a turkey this year, three-quarters plan to serve the same size turkey or larger than last year.

On the contrary, Koch’s Turkey Farm is doubling down on smaller-sized turkeys for the holiday, although it will still produce a full range of sizes.

“We are anticipating an increase in units, with more consumers shopping for smaller birds,” Koch’s Turkey Farm President Brock Stein told FOX Business. “We started to allocate more than usual numbers to smaller sizes in preparation for this holiday. We are keeping with production across all of our customary size ranges, with more emphasis on smaller sizes, as we do not have any solid data on the numbers related to a COVID holiday with turkey being center of plate.”

The Pennsylvania-based group sells around 400,000 turkeys on average each Thanksgiving, with 1.2 million in turkeys produced.

Jaindl Farms, a family-owned turkey operation, has raised about 50,0000 more turkeys this year in preparation for Thanksgiving. The business typically spawns around 750,000 turkeys each year, including the two dressed turkeys sent to the White House each year, a 58-year company tradition.

This year, Jaindl Farms is preparing for spiked interest in smaller birds, accounting for a larger number of smaller family gatherings.

“Even though Thanksgiving has evolved over the years, with more families going to restaurants or country clubs to consume their meal, we think that a lot of that will be gone by the wayside this year,” Jaindl Farms founder David Jaindl told FOX Business. “Those individuals are probably eating at home, which is where the increased sales volumes are coming from.”

AgAmerica, a nationwide agricultural lender, reports that despite the uncertainty surrounding many agricultural markets this year, with turkey being no exception, one consistent consumer behavior is a steady demand for smaller frozen hens and a slight softening in demand for larger frozen hens.

"Many turkey farmers are opting to sell by part rather than whole birds or decided to harvest flocks early to prevent them from reaching a larger size," AgAmerica's CEO Brian Philpot told FOX Business. "These strategies have helped but also increase input costs while shrinking profit margins. Farmers are paying processors more to cut birds in half and more to store meat that has been harvested early while consumers are buying smaller birds and spending less than usual."