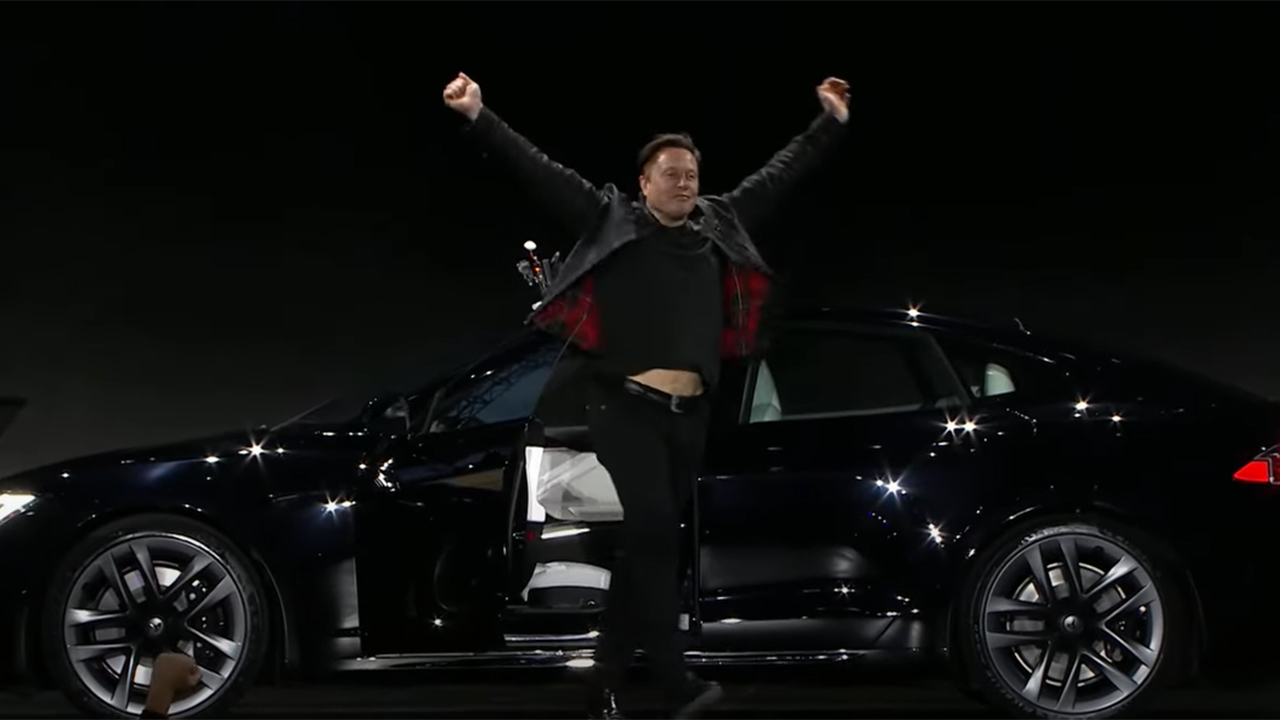 Tesla is a stock 'I'll never personally own': Investment strategist

A couple hundred people turned out for Tesla's Model S Plaid delivery event in California on Thursday night, but only 25 got to drive home in their new cars.

Elon Musk said production of the new high-performance vehicle, which he'd previously stated had started in January, was still ramping up.

"We’re going to deliver the first 25 cars now and then basically should be at several hundred cars per week soon and a thousand cars a week probably next quarter," he said.

Shares of the automaker were up in pre-market trading on Friday.

The 1,000-vehicle-per-week run rate is half of the maximum combined output of Model S and Model X previously reached in 2018. Musk did not mention when production of the updated Model X would begin, but reservation holders have recently been told to expect their vehicles in October, at the earliest, according to Insideevs.com.

The price of the Model S Plaid, which Tesla claims is the world's quickest car, was also increased by $10,000 just before the event to $129,990, but existing reservation holders will still be able to get theirs for the original price. The hatchback sedan features a tri-motor powertrain rated at 1,020 hp, and Tesla says it can accelerate to 60 mph in less than two seconds on its way to a 200 mph top speed.

A less powerful $79,990 Model S is also available for order, but the start of production has not been announced. The Tesla website lists the estimated delivery date for new orders as September-October.