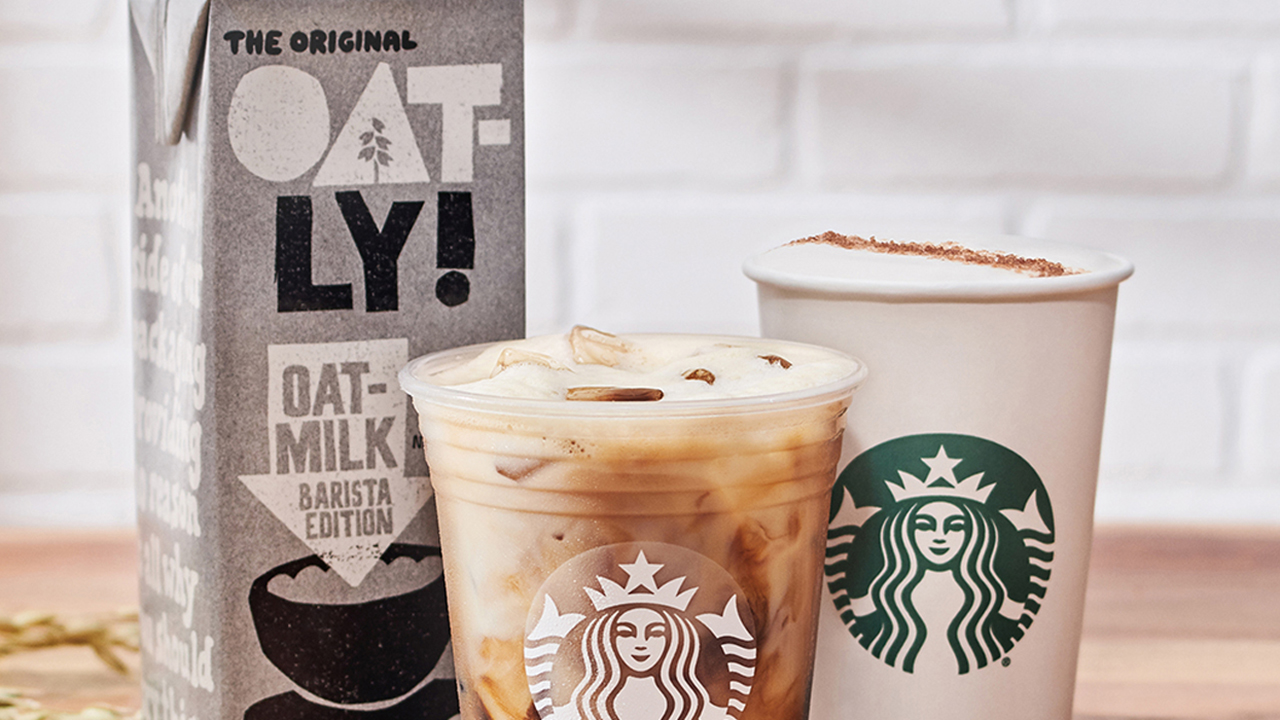 Starbucks officially announced on Monday that Oatly oat milk will be available at U.S. locations starting Tuesday, after a successful test run in the Midwest and California. News of the new “permanent” menu item comes after the chain had previously announced a deal with Oatly to introduce the brand’s products in markets including Hong Kong, Singapore, New Zealand, Taiwan and Thailand.

KENDALL JENNER'S TEQUILA BRAND: COULD IT BE THE NEXT CASAMIGOS?

“We’re pleased to bring Oatly oat milk to Starbucks stores nationwide in the U.S., something our customers have asked for as they increasingly seek a variety of plant-based choices,” said Luigi Bonini, senior vice president of Global Product Innovation at Starbucks, in a press release issued Monday. “When selecting an oat milk, we looked for a high-quality ingredient that is not only delicious, but also complements our coffees and inspires new handcrafted beverages like the Iced Brown Sugar Oatmilk Shaken Espresso and Honey Oatmilk Latte.”

Starbucks’ announcement comes as the popularity of non-dairy options continues to rise. Both Starbucks and Dunkin' had vowed in 2020 to add oat milk to their menus following consumer demand. And in July of that year, Oatly — arguably the best known brand — had sold a $200-million stake in the company to the Blackstone Group, as part of an investment reportedly backed by the likes of Oprah Winfrey, Natalie Portman, former Starbucks Corp. Chief Howard Schultz and the Jay-Z’s Roc Nation, the Wall Street Journal reported at the time.

Last week, the Sweden-based Oatly, which also produces non-dairy products including coffee creamers and ice cream, had also submitted a confidential F-1 registration statement with the Securities and Exchange Commission, the first step towards its potential IPO.

Oatly hired Morgan Stanley, JPMorgan and Credit Suisse as underwriters on the offering, which could be valued at more than $5 billion, sources told Reuters.