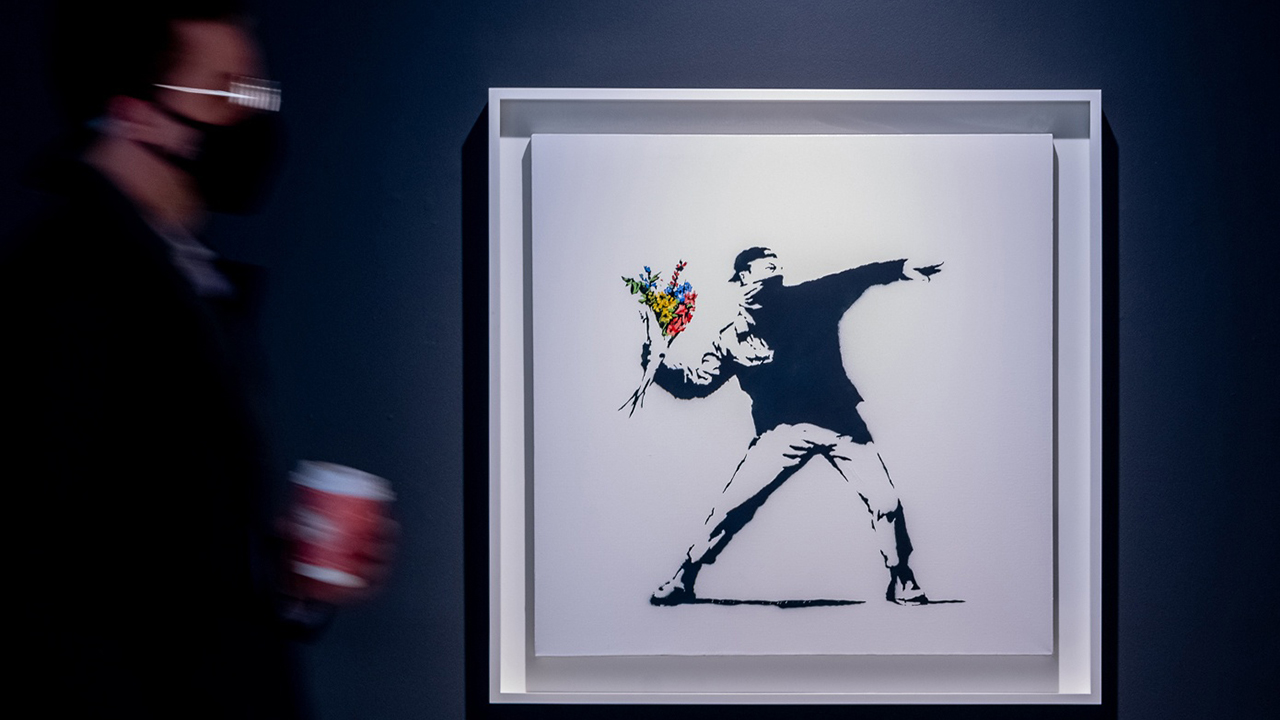 Sotheby's has sold its first piece of art accepting cryptocurrency as payment.

The auction house announced on Wednesday that "Love is in the Air" by Banksy sold for $12.9 million in an auction that lasted 14 minutes and involved four bidders.

It is the first piece of physical art sold by a major auction house paid for using crypto.

Sotheby's announced earlier in the month that bitcoin and ethereum would be accepted for payment.

It has not been reported which form of cryptocurrency was involved.

According to a poll of Twitter users conducted by Sotheby's, more than 35% believed the Banksy piece would be paid for using ethereum, followed closely by bitcoin.

"Love is in the Air" shows a protester winding up to throw with a bouquet of flowers in hand.

The acceptance of cryptocurrencies has gained momentum in the art world.

In March, a JPG file made by Mike Winkelmann, the digital artist known as Beeple, was sold by Christie’s in an online auction for $69.3 million.

The price was a new high for an artwork that exists only digitally, according to the New York Times.

Most pay for digital items using the ethereum cryptocurrency.

While many mainstream companies have started taking Bitcoin, one of the major supporters of cryptocurrencies has made a change.