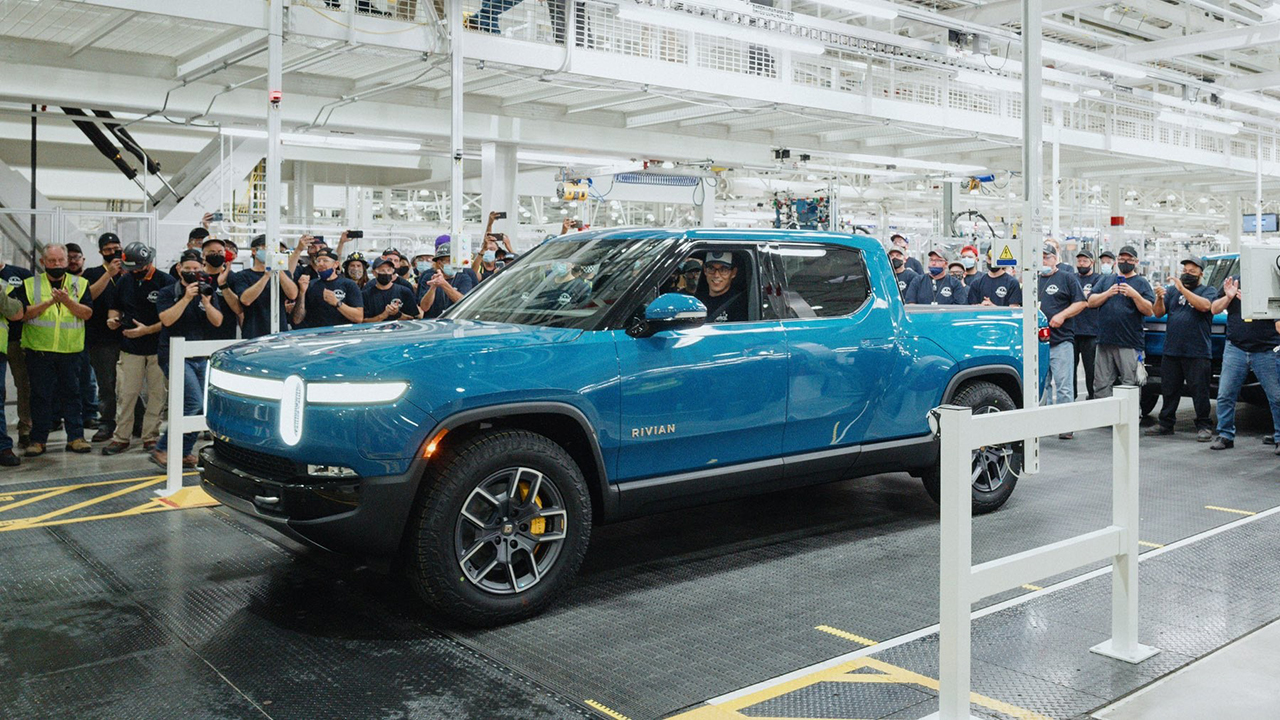 The Rivians are rolling off the assembly line.

The electric vehicle startup began building its first production pickups on Tuesday at its factory in Normal, Ill.

"After months of building pre-production vehicles, this morning our first customer vehicle drove off our production line in Normal!  Our team's collective efforts have made this moment possible," Rivian CEO RJ Scaringe Tweeted along with photos from the factory.

"Can't wait to get these into the hands of our customers!"

Rivian follows a direct sales model and does not yet operate any physical stores. Customers are expected to begin receiving their vehicles before the end of September, making Rivian the first automaker to market with a mass-produced electric pickup, ahead of the GMC Hummer EV that is scheduled to go on sale later this year.

The midsize $73,000 R1T Launch Edition last week received an official range rating from the EPA of 314 miles per charge and will be followed by a lower priced model starting at $67,500. An SUV based on the same all-wheel-drive platform called the R1S is slated for production sometime this fall. It also has an order for at least 100,000 electric delivery vans from Amazon, which holds an equity stake in the company.

GET FOX BUSINESS ON THE GO BY CLICKING THIS YEAR

Rivian, which first revealed the R1T in late 2018, has filed paperwork for an initial public offering that sources told Reuters will be valued at $70-80 billion.