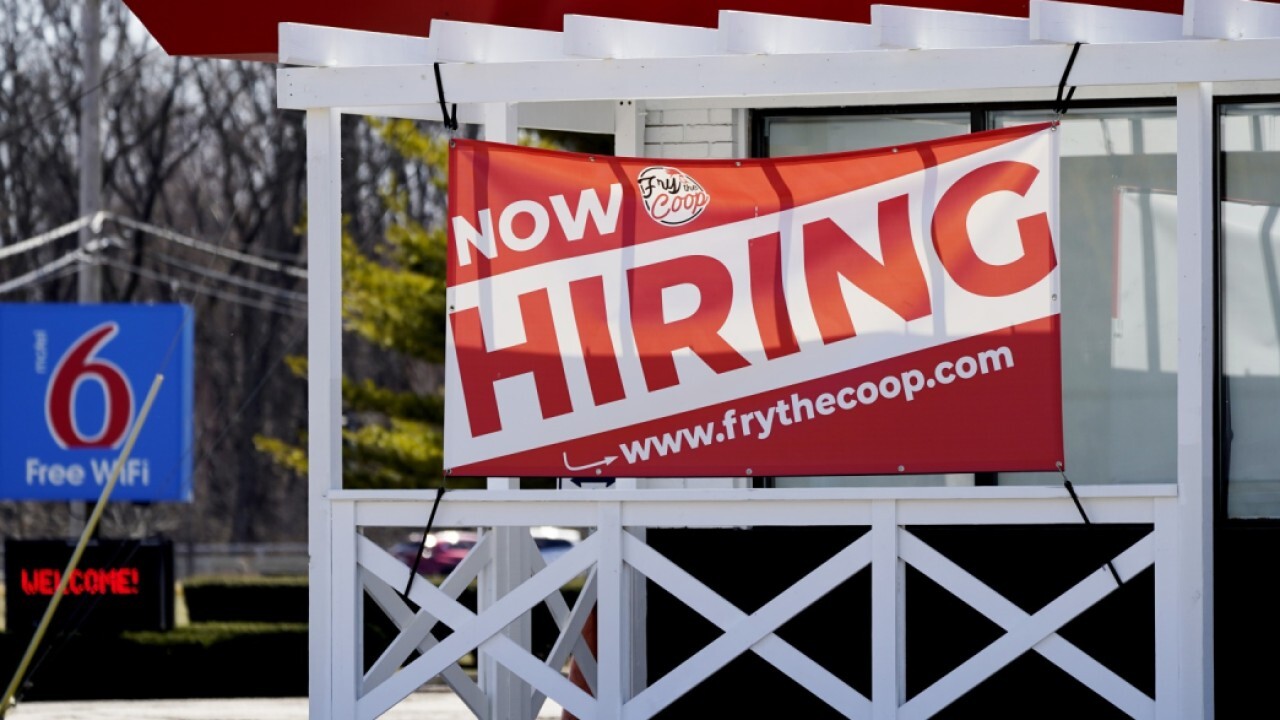 Workers will come back as 'more people are vaccinated': Harold Ford Jr.

Fox News contributor Harold Ford Jr. and First Trust Advisors CIO Brian Wesbury discuss the return to work and how long it will take the economy to recover.

Many restaurateurs are having a hard time finding employees, in part, because many of them are relying on unemployment benefits rather than coming back to work.

It's a problem that spans the entire nation from Alabama to New York City and out west in California, even as coronavirus-related restrictions ease.

Giselle Deiaco, the owner of Avena Ristorante in downtown Manhattan and Avena Ristorante in the Upper East Side, told FOX Business that before the pandemic she would get hundreds of applications sent to her email for just one position. When Deiaco would hold open hiring events, where applicants would come in and apply, she would see upwards of 50 people at any given time.

Now, despite putting out ads on Craiglist and enlisting the help of culinary agents, only four or five people will show up, Deiaco said. And resumes, are only "trickling in" to her inbox, she said.

"A lot of people have left or they get unemployment checks," Deiaco said. "Some get more than what they need. It's been like that for a few months already."

From her experience, Deiaco believes people are having a hard time getting back to work almost a year later and says that many would prefer to stay home, "living on their unemployment check."

At her Upper East Side location, Deiaco only has 11 employees on staff. Meanwhile, her downtown location is running on 10 employees. This makes it harder to run business, especially during the nice weather when Deiaco says "they get slammed" with guests.

Dino Ferraro, the owner of Capone's Italian Cucina and Black Trumpet Bistro in Orange County, California, told FOX Business that many of his former employees don't even want to come back full time so they can still collect unemployment benefits.

He told them he would only allow them to come back and work full time or the same shift they had before. As a result, he lost between 15-17 employees in total at both locations and was forced to ramp up hiring efforts on multiple occasions. However, he said he has had little luck in filling positions.

"When we place the ad…we get one-fifth of the response compared before," he said.

Even when they get a response and set up an interview, only one out of 10 people show up, according to Ferraro.

Ferraro now has around 45 to 50 staff members compared to the 55 to 60 people he usually has on his payroll.

At night for their dinner service he faces a deluge of customers, many of whom expect the same service as before the pandemic, he said.

In Michigan, one restaurant confirmed to FOX Business that they had to shutter an entire location.

Rinaldis Pizza & Sub Shop had to condense its presence down to one location in Grand Rapids due to a due a lack of applications, according to WZZM13. On Tuesday, the pizza and sub shop updated its address and phone number on Facebook.

Nick Dimario, who is the operating partner of a multi-brand restaurant company in Alabama, Double P Hospitality, said staffing his restaurants has always been a struggle although the pandemic has only exacerbated the situation.

Still, he is not letting that deter him from ramping up hiring efforts at all four of his restaurant locations. Instead, it just pushed him to be more creative in doing so.

"We're going to take one of our seasoned managers and we're going to move them into our recruiting liaison and we're going to do things that are maybe a little bit different than everybody else," Dimario said. "Instead of putting in now hiring sign in the window, we are going to kick up every rock possible."

"There's the issue with getting people back to work. But there's always been an issue," he said.

In order to be successful, you "have to hunt harder than anybody else." Not only that, but "you've got to be willing to do that are different," Dimario said.