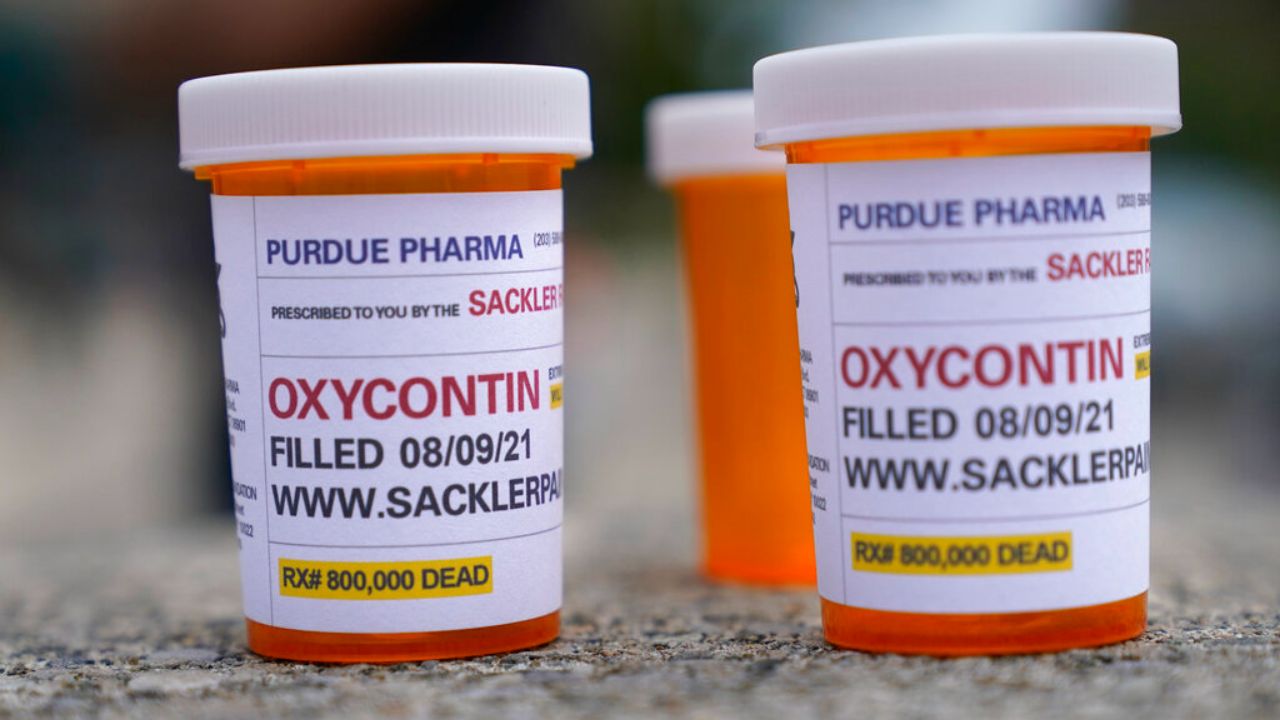 The family that owns Purdue Pharma had hoped a reformulated version of Oxycontin would help rein in the burgeoning opioid crisis a decade ago, a member of the Sackler family said Thursday in court testimony that once again stopped short of an apology or acceptance of responsibility for the epidemic.

Mortimer D.A. Sackler was the third member of the wealthy family to testify in a hearing, held by videoconference, on whether a judge should accept Purdue’s plan to reorganize into a new company no longer owned by family members.

"I’ve said and my family have said the fact that OxyContin, a product that was sold to help people and reduce pain, also went out and got diverted and hurt people, it is horrible. It got to me, it got to our family. It was not at all what was intended," Sackler said under questioning from Tad Robinson O’Neill, assistant attorney general of Washington, one of the states suing Purdue.

"I believe that if you’re in a position to help, you have a responsibility to help," Sackler said. "We’re here trying to get this settlement done so we can get these vast sums to these communities to these people to help them."

The family that owns Purdue Pharma had hoped a reformulated version of Oxycontin would help rein in the burgeoning opioid crisis a decade ago, a member of the Sackler family said Thursday in court testimony. (AP Photo/Toby Talbot, File) (AP Newsroom)

O’Neill asked if that was an apology — something no Sackler relative has given amid the crisis.

Mortimer D.A. Sackler didn’t say it was. "We’re sorry if a medicine that we put out that was intended to relieve pain caused pain," he said.

Sackler served more than two decades on Purdue’s board of directors and for a time was a vice president, though he said he had no official duties in that role.

Maryland Assistant Attorney General Brian Edmunds, attempting to build a case that Sackler family members have a responsibility for the crisis, responded: "You’re saying it’s a humanitarian cause?"

Sackler replied, "I wouldn’t put it in those words, but we were always trying to do the right thing, find the right balance."

Jayde Newton helps to set up cardboard gravestones with the names of victims of opioid abuse outside the courthouse where the Purdue Pharma bankruptcy is taking place in White Plains, N.Y., Monday, Aug. 9, 2021.  (AP Photo/Seth Wenig / AP Newsroom)

Activists in the opioid crisis see Purdue as key in igniting it. Richard Sackler, who testified Thursday, told Purdue's sales force in a 1996 event to launch OxyContin that there would be "a blizzard of prescriptions that will bury the competition." Years later when misuse of the drug became apparent, he described "the abusers" as "the culprits and the problem," in an email.

OxyContin was reformulated to make it harder to crush for snorting or injection for a faster high. But as it turned out, overdoses only rose after it was introduced, with most of the new deaths linked initially to heroin and more recently to illicitly produced fentanyl and other synthetic opioids. In all, more than 500,000 deaths in the U.S. have been linked to opioid overdoses since 2000.

It was the third day in a row that U.S. Bankruptcy Judge Robert Drain, based in White Plains, New York, heard testimony from a member of the Sackler family, which has long sought to stay out of the spotlight for its business activities.

On Tuesday, David Sackler testified that family members would contribute $4.5 billion in cash and control of a charity fund as part of the settlement only if one provision stayed in the plan — providing protection from all present and future lawsuits over opioids and Purdue activity for family members.

A day later, Richard Sackler — who is David Sackler’s father and Mortimer D.A. Sackler’s cousin, and who served at different times as president and chairman of Purdue’s board — told the court that he did not believe he, his family or the company had any responsibility for the opioid crisis in the U.S.

On Tuesday, David Sackler testified that family members would contribute $4.5 billion in cash and control of a charity fund as part of the settlement only if one provision stayed in the plan — providing protection from all present and future lawsuits (House Television via AP, File / AP Newsroom)

Mortimer D.A. Sackler, in his testimony, was also asked about the opioid epidemic.

"The overdose crisis in America is a national emergency, and it’s a horrible situation that to my understanding has been increasing since the late ’70s," he said.

Purdue, based in Stamford, Connecticut, pleaded guilty to criminal charges relating to its opioid practices in both 2007 and last year, but no members of the Sackler family have admitted wrongdoing or been charged with any crimes.

In a separate settlement announced last year with the U.S. Department of Justice, Sackler family members agreed to pay $225 million but again admitted no wrongdoing.

The bankruptcy being sought by the company is a means to settle 3,000 lawsuits filed by state and local governments, Native American tribes and others.

Under the proposed plans, the Sackler family members would give up ownership of the company and future profits would go largely to abate the opioid crisis. Family members would also contribute a total of $4.5 billion in cash and control of charitable funds.

Most of Purdue’s creditors who have voted on the plan say they support it, but Maryland and eight other states are among those pushing back. They object largely to the legal protections it would extend to members of the Sackler family.

Drain has said he expects to decide next week whether to confirm the plan.