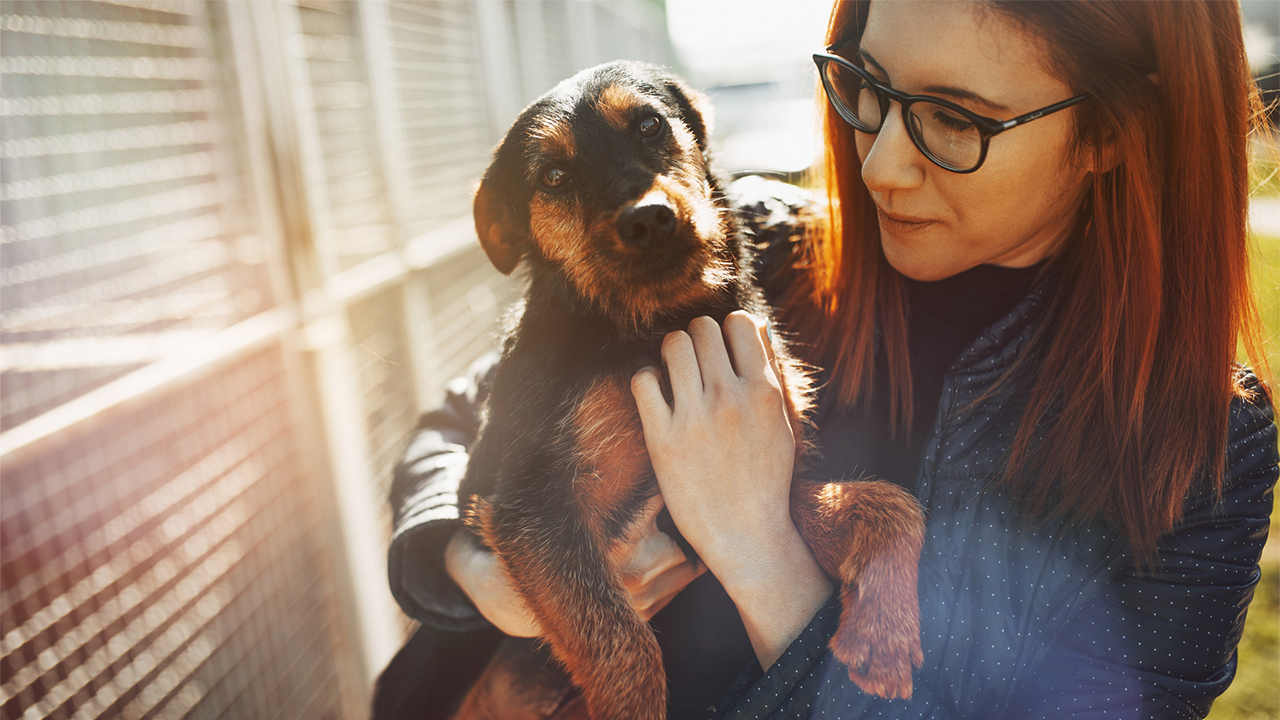 The Simeon family was heading home to Omaha from a Smoky Mountains vacation when Kim Simeon spotted a social media post from the Nebraska Humane Society, pleading with people to consider fostering a pet amid concerns about how the coronavirus would affect operations.

A day later, a 1 1/2-year-old black lab mix named Nala was nestling in at her home. Nala is one of 35 dogs and cats that have been placed with Omaha-area families as part of an emergency foster care program.

“I just felt like, with all the virus stuff going on, it just seemed like a need we could help with,” Simeon said. “We’re all quarantined anyway. I mean, what a perfect opportunity to do something good.”

Amid an avalanche of bad news, Simeon's story and thousands like it across the country are prompting smiles as suddenly isolated people rush to care for animals, easing a burden on shelters and providing homes — even if just temporarily — for homeless dogs, cats and other pets.

Shelters from California to New York have put out the call for people to temporarily foster pets. Thanks to an overwhelming response from people who suddenly found themselves stuck at home, shelters say they have placed record numbers of dogs, cats and other animals. If past trends hold, many of those who agree to temporarily care for a pet will ultimately decide they want the animal to stay for good.

“We have a waiting list of 2,000 people wanting to foster,” said Dr. Apryl Steele, president and CEO of Dumb Friends League shelter in Denver. It’s the largest animal shelter in the Rocky Mountain region, caring for an average of 22,000 animals a year.

Steele said the initial push there to foster animals came not from the shelter, but the community.

“We had people reaching out to us all of a sudden,” she said. “People just wanted to do something to help. We realized pretty quickly that we could soon be facing a shutdown of our adoptions and got on board.”

Shelters have several reasons for pushing to foster out animals, Steele said, including the fear that they might have to stop adopting out animals if people can't visit them or that they might see an influx of people surrendering animals amid economic woes. But the overriding factor, she said, was concern for workers' health.

“We need to get to a skeleton staff, stat. We can’t do that if the shelter is full,” she said.

A crisis brings out the worst in people and the best in people, so we are thrilled to see some exciting things come from this awful situation

Stephanie Filer, spokeswoman for Animal Rescue League of Iowa also noted that shelters are seeing a drop in donations — a normal occurrence during an economic downturn. TA crisis brings out the worst in people and the best in people, so we are thrilled to see some exciting things come from this awful situationhe Des Moines-based organization and others have also had to cancel fundraising events because of virus containment efforts.

The good news is that when Filer's group put out a call for temporary homes for at least 80 cats in their care, it received some 160 applications within 12 hours. She noted that 60% to 70% of people who foster an animal opt to keep the animal permanently.

“A crisis brings out the worst in people and the best in people, so we are thrilled to see some exciting things come from this awful situation,” she said.

Since mid-March, the San Francisco Society for the Prevention of Cruelty to Animals has seen 1,600 people volunteer to foster, and the Oregon Humane Society in Portland has seen 1,000 new foster volunteers.

The outpouring comes at a critical time because animals produce lots of litters in the spring, said Dr. Jennifer Scarlett, president of the San Francisco SPCA.

“You have shelter leaders around the country who are just looking at this tidal wave that is coming our way,” Scarlett said.

In Washington, D.C., the Humane Rescue Alliance said more than 1,000 people signed up to foster in a 10-day period this month.

One of those was first-time foster volunteer Katie Lee, who is now caring for Calvin, a 2-year-old terrier mix. A move to working from home during the coronavirus scare prompted her decision, because “at least I’m home a lot.”

Ina Offret, of Anchorage, Alaska, agreed to foster 10-year-old Kelsey after a local shelter called saying it had no room for more animals and was desperate to clear space. Kelsey, a poodle mix, joined Offret’s poodle Suzie.

If she had been asked a month ago if she was ready to take in another dog, Offret said, she would have politely declined, noting she had had three dogs under her roof until last year, when old age took the other two.

“I had reached a point in my life when I decided I don’t want multiple dogs,” Offret said. “Then the coronavirus hit.”

Offret said she hasn’t changed her mind about wanting to be a single-dog family, but said Kelsey has a home until another family can be found.

“I’m going to keep her until whenever that is,” Offret said.