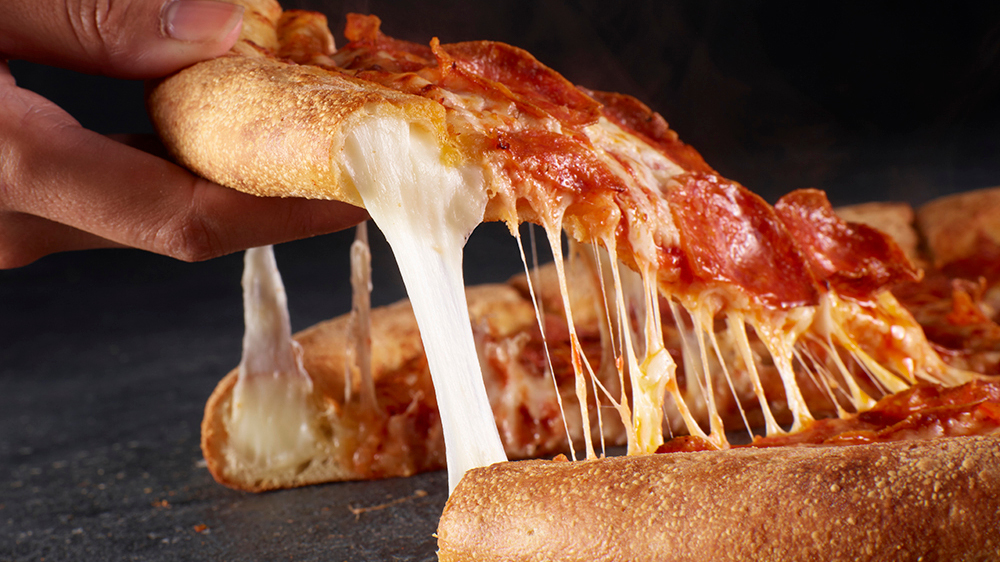 After a test run earlier this year, Papa John’s is adding pizza with cheese stuffed into the crust to its menus nationwide before the end of the year. To celebrate the occasion, the company is giving members of its rewards program a chance to get the cheesy crust early.

“As we continue to develop new craveable menu offerings, we’re always inspired by our fans. Stuffed crust lovers are passionate pizza fans, and it is something our fans continue to ask for," Papa John’s director of culinary innovation Tom Smith said in the press release. "Since quality crust is at our core, we’re excited to deliver stuffed crust lovers an experience they’re sure to enjoy.”

Papa John’s announced in a press release that it will be bringing its Epic Stuffed Crust pizza to the brand's restaurants nationwide starting on Dec. 28th. (Papa John's)

According to the company, this is only the second variation of the chain’s pizza crust since in 35 years. The first variation, a garlic parmesan flavored crust, was introduced last year.

Papa John’s first tested the stuffed crust pizza in October of this year, Yahoo reports. At the time, the cheese-filled crust was only available in certain markets in Ohio, Kentucky and Texas.

The new press release details that each stuffed crust pizza uses the company’s original dough recipe with a ring of cheese hand stuffed into the dough for each pizza.