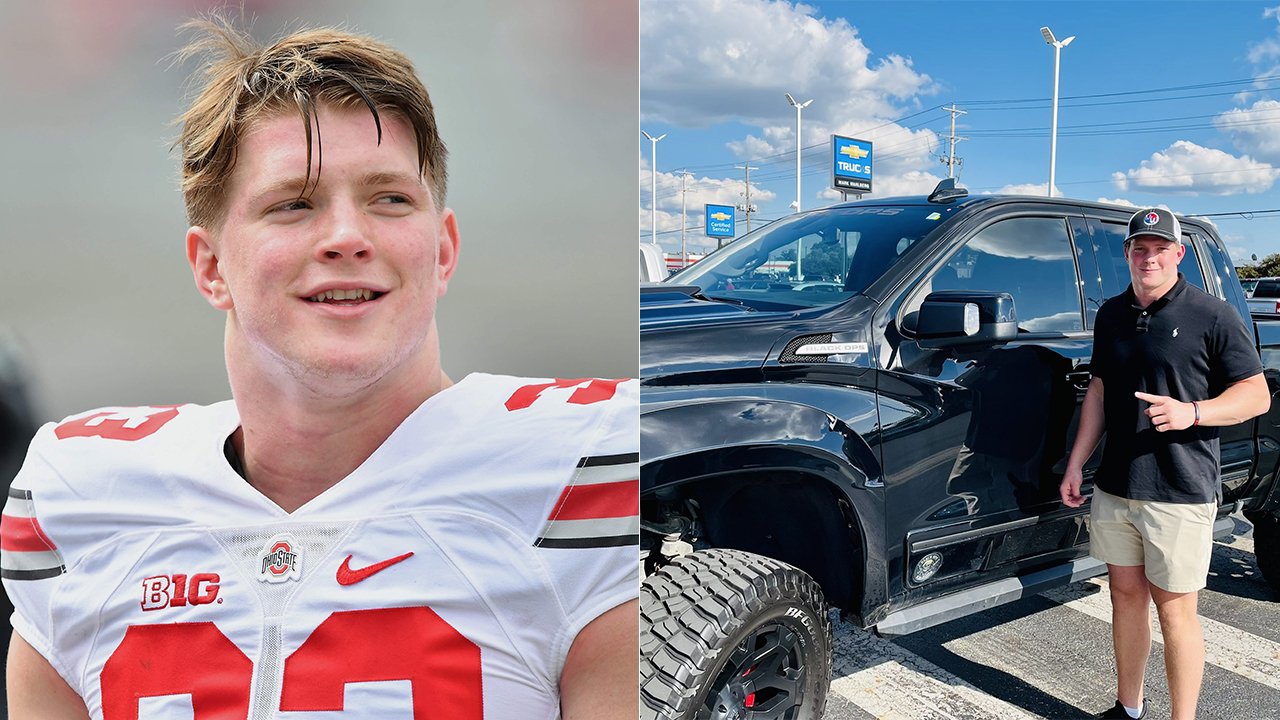 Jack Sawyer is going to school in style.

Ohio State's top-ranked football recruit is suiting up for the Buckeyes this season, just miles from where he grew up in the town of Pickerington, and the 6-foot, 5-inch defender is cashing in on his hometown hero fame thanks to new NCAA rules that allow players to profit from endorsements.

Sawyer is already member of the Barstool Sports-sponsored roster of college athletes and has added another big name to his partnerships by signing a deal with Mark Wahlberg Chevrolet of Columbus.

The store is one of several part-owned by the Hollywood star and is loaning Sawyer a custom $80,000 Tuscany Black Ops Chevrolet Silverado in exchange for social media exposure.

Sawyer currently has around 11,000 followers on both Twitter and Instagram, but Gilmore likes his personal story and knows he has big potential.

The arrangement is the first of its kind for the dealership and experiment that could lead to more if it works out for both sides.

"We need to protect our brand and so does he," Gilmore said.

Gilmore has heard from representatives for several other athletes and said the Wahlberg connection is a big draw for them, while Sawyer has already been drawing plenty of attention to the dealership after just one Tweet with his truck.