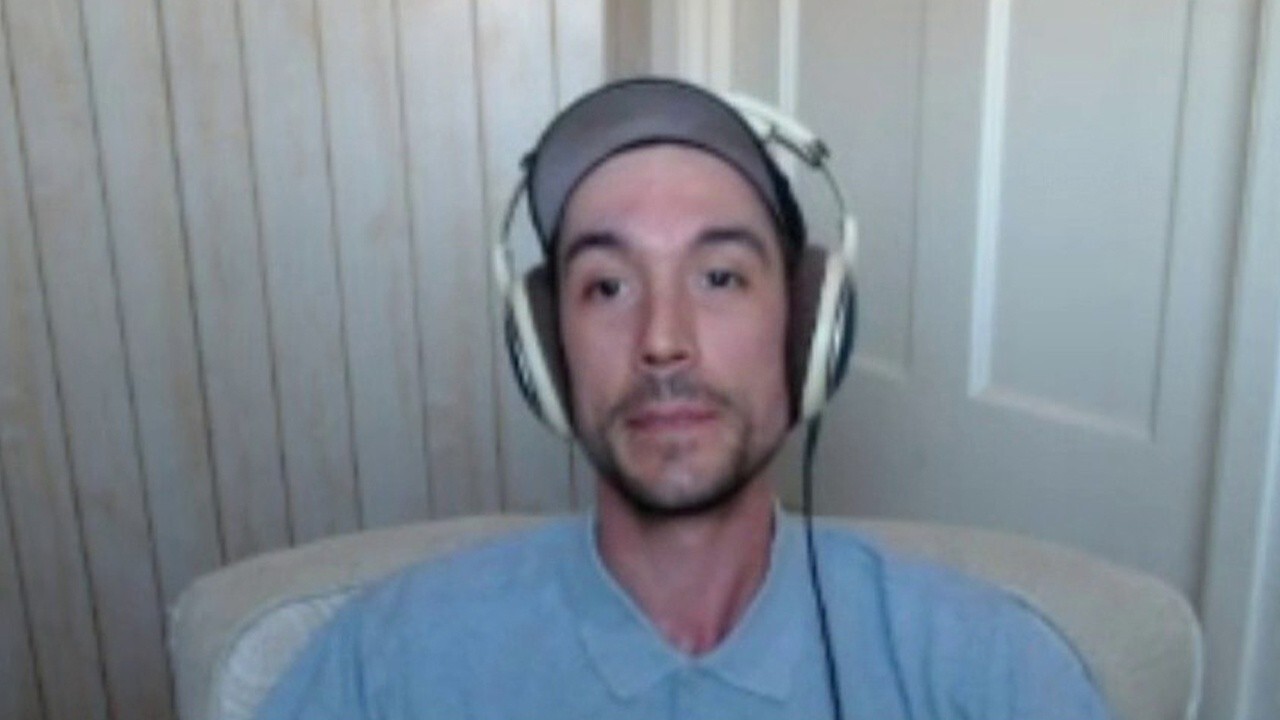 It took a few minutes for Vignesh Sundaresan and Anand Venkateswaran to realize that they’d parted with $69.3 million for a digital artwork stored in a JPEG file, coincidentally securing their place in art history.

“We weren’t sure we won,” said Venkateswaran, describing the nerve-wracking final moments of the online auction for a collage of 5,000 images by the artist known as Beeple. “We kept refreshing the page.”

The March 11 auction at Christie’s in London immediately made Beeple’s artwork one of the most expensive pieces ever sold by living artists, joining a well-known swimming pool painting by David Hockney and an iconic stainless steel rabbit sculpture by Jeff Koons.

Venkateswaran said he and his friend and business partner, Sundaresan, both in their 30s, are still coming to terms with their landmark purchase. They’ve also had to cope with outside concerns that the transaction could have been a convoluted scheme to inflate the value of the pair’s investment portfolio.

That’s because Venkateswaran and Sundaresan have invested heavily in a new form of digital collectible with the unwieldy name of non-fungible tokens, or NFTs. Based on cryptocurrency technology known as the blockchain, these digital items function as exclusive certificates of authenticity, making it possible to turn easily copied digital files into unique collectibles — sometimes ones worth tens of millions of dollars.

The Beeple sale broke a record for the most expensive NFT ever sold and kick-started a global conversation about NFTs, their value and whether they are a lasting addition to the digital landscape. But the eye-popping sum involved drew global headlines and some suspicions that it could have been engineered for the publicity that drew more attention to NFTs, which could boost the value of the pair’s existing holdings.

The involvement of Christie’s, a centuries-old auction house, should be sufficient to reassure skeptics, Venkateswaran said in a call from his home in southern India. “I think the bigger problem here is that people thought this would be impossible.”

That’s certainly the case with Beeple himself, who in real life is a digital artist named Mike Winkelmann. “This whole NFT thing was not something I saw coming, at all,” he said. During the auction, the artist was in his living room near Charleston, South Carolina, surrounded by family and a video crew, and said it felt like a “bomb went off in the room” as the bids quickly rose. Another bidder and cryptocurrency entrepreneur, Justin Sun, lost in the final seconds after the bids exceeded his previously set maximum.

The NFT market was already taking off, with transactions last year quadrupling to $250 million, according to a report by NonFungible.com, a website that tracks the market. The Beeple sale turbocharged that growth and helped transform NFTs from niche tokens mainly appealing to cryptocurrency nerds to a new type of digital asset that’s drawn mainstream attention from the art world, the music industry, sports and speculators.

Not to be outdone, auction house rival Sotheby’s plans its own NFT sale, collaborating with the pseudonymous digital artist Pak in a sale next month.

Winkelmann began seeing the possibilities of NFTs for digital artists back in October when he tested the waters with an initial “drop” of his work. “People can actually own my art and collect it and, you know, pay good money,” he said in an interview this week.

It was after another sale late last year that he reached out to one of the losing bidders, Sundaresan, who uses the pseudonym Metakovan.

The art world was not a common talking point for Sundaresan and Venkateswaran when they first met in 2013 while working at The Hindu, a daily newspaper in Chennai, India. Sundaresan was a 20-something technology consultant; Venkateswaran was a journalist.

This undated photo released by Christie's on Thursday, March 11, 2021 shows a digital collage titled "Everydays: The First 5,000 Days," by an artist named Beeple. (Christie's via AP)

Both had humble upbringings. Sundaresan couldn’t afford a laptop when he was learning to code, so he’d walk around with a flash drive and borrow his friends’ laptops, Venkateswaran said.

But by 2020, Sundaresan, now living in Singapore, had made himself rich on a series of cryptocurrency ventures and investments. With Sundaresan’s money and Venkateswaran’s analytical eye, they began exploring NFTs with a new fund called Metapurse.

Sundaresan, who declined to be interviewed this week, created the persona Metakovan as a reference to his affection for virtual worlds known as the “metaverse.” The name means “King of Meta” in the Tamil language. Venkateswaran, who lives in Chennai with his wife and two kids, calls himself Twobadour. In a blog post last week the pair revealed their true identities and sought to dispel some of the mystery about their motivations.

“The point was to show Indians and people of color that they too could be patrons, that crypto was an equalizing power between the West and the Rest, and that the global south was rising,” they wrote.

It was in December that the Metapurse pair made their first big Beeple investment, buying 20 of his works for $2.2 million and gifting the artist with 2% of their new fund of NFT tokens, called B20s, that were designed to allow large groups of people to share ownership of an art piece.

That was the precursor to March’s historic sale of Beeple’s “Everydays: the First 5000 Days,” a digital file combining works Beeple had created each day from May 2007 to the beginning of this year. Many of them are grotesque and cartoonish takes on what was happening in U.S. politics or pop culture. The works also follow Beeple’s rise from a little-known graphic designer to an internet personality with a big Instagram following and multimedia projects with pop stars like Nicki Minaj and Justin Bieber.

“If you look at each picture at face value, obviously not all of them are going to stand the test of time,” Venkateswaran said. “Not all 5,000 are masterpieces. That was never the argument. Not everything that Beeple puts out is gold. We don’t worship at his feet. That’s not what we were about. This is more about the combined narrative of what he represents.”

The purchase has shocked art and finance worlds, but in some ways was fairly conventional, said New York art lawyer Leila Amineddoleh.

“A lot of the art market is saying, ‘I own something unique, it’s scarce, I own it, look at me.’ This is not that different,” she said. “The whole value of an NFT is being able to say this is an original. You’re buying the bragging rights to say, ‘I own the token.’ But really, anyone can access the art.”

Amineddoleh said the blockchain technology that underpins NFTs and other cryptocurrency markets also provides a transparent ledger to record art transactions. But for skeptics of the largely unregulated world of cryptocurrency, the sale has invited added scrutiny.

Christie’s declined to comment on the details of the sale’s financial structure except to say that the total amount was paid in a cryptocurrency known as Ether, marking Christie’s first time accepting cryptocurrency as payment.

Cryptocurrency exchanges can be prone to manipulative behavior, according to research co-authored by Friedhelm Victor of the Technical University of Berlin. But that typically involves investors who buy and sell the same assets repeatedly to create a fake sense of busy trading activity.

Such back-and-forth trading hasn’t yet become common with NFTs, in part because they typically carry higher fees, Victor said. “Crazy speculation is not unusual,” he said of the Beeple sale. “This is a really smart strategy to get some more attention to this whole space.”

That has most definitely happened. But Venkateswaran said the attention doesn’t mean he and Sundaresan are making a big profit off the tokens. “The math doesn’t add up,” he said.