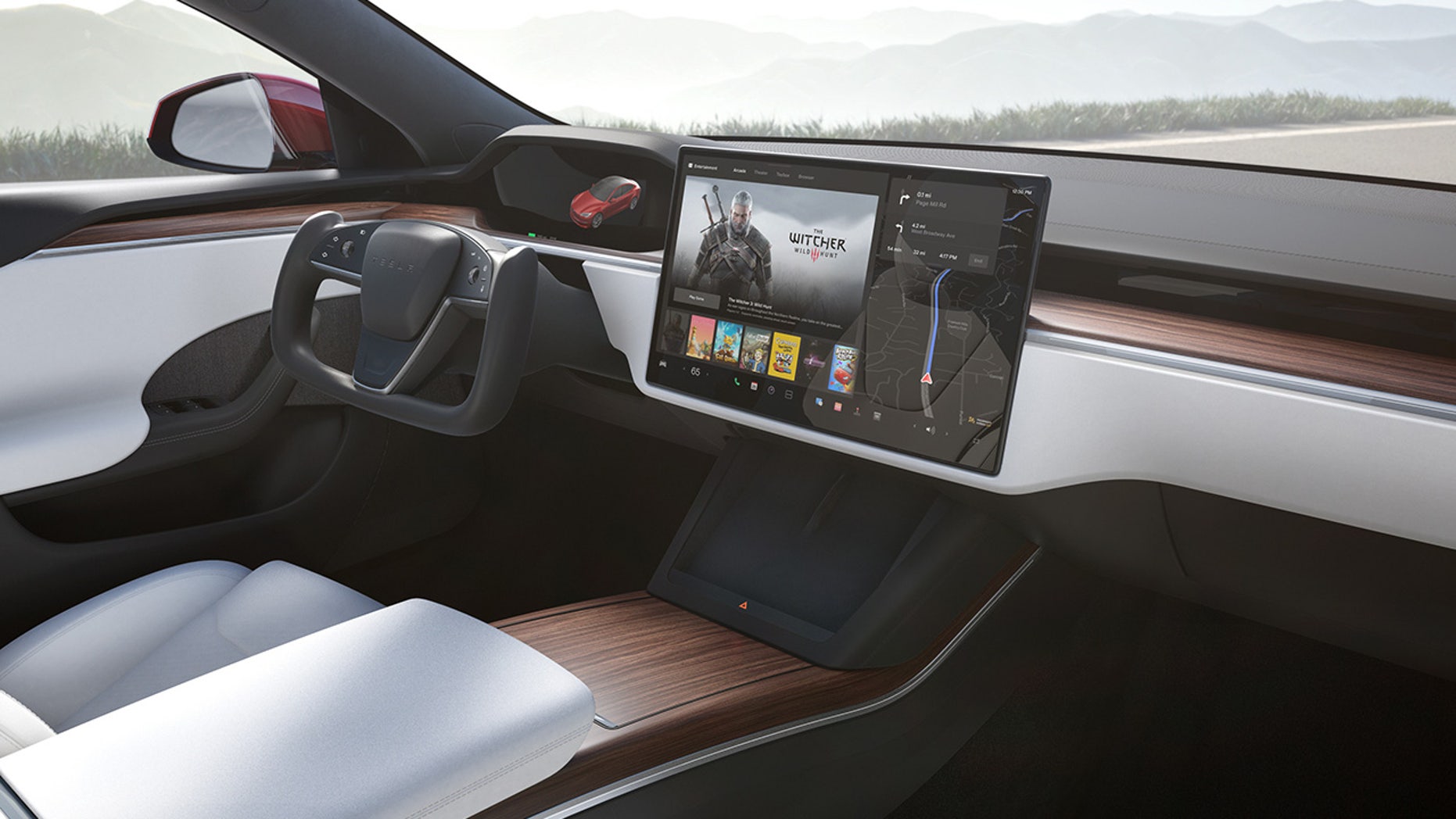 The National Highway Traffic Safety Administration (NHTSA) has opened a formal preliminary investigation into a Tesla feature that allows video games to be played on the central touchscreen display in view of the driver while a vehicle is in motion.

The feature, known as "Passenger Play," became available in December 2020 via an update to the infotainment system and was highlighted in a New York Times article earlier this month that led the NHTSA to reach out to Tesla to discuss it.

At least three games were found to work while a vehicle is moving. They only require the user to acknowledge a warning that says "playing while the car is in motion is only for passengers" and do not actively prevent the driver from participating. The latest Model S and Y are also equipped with a second screen for rear-seat passengers that is out of the driver's view.

The latest Tesla Model S and X have a second screen for the rear seat passengers that is not in view of the driver. (Tesla)

Tesla’s system can play additional games and streaming video on the screen while the vehicle is parked and recently added TikTok and a classic Sonic the Hedgehog game as part of a holiday update.

NHTSA said its Office of Defects Investigation "will evaluate aspects of the feature, including the frequency and use scenarios of Tesla 'Passenger Play.'"

Jeep recently added a screen above the glove compartment that can play video for the front-seat passenger in some models, but it is filtered so that it can not be viewed from the driver's seat.

The Jeep Wagoneer, Grand Wagoneer and Grand Cherokee are available with a passenger screen that can play video but is filtered so that it can not be seen from the driver's seat.  (Jeep)

The NHTSA said, "The Vehicle Safety Act prohibits manufacturers from selling vehicles with design defects posing unreasonable risks to safety" and that it issued recommendations in 2013 that in-vehicle devices with secondary features should be designed to prevent the driver from using them while driving.

Neither Elon Musk nor Tesla, which does not have a formal communications office to field media inquiries, have commented on the investigation.