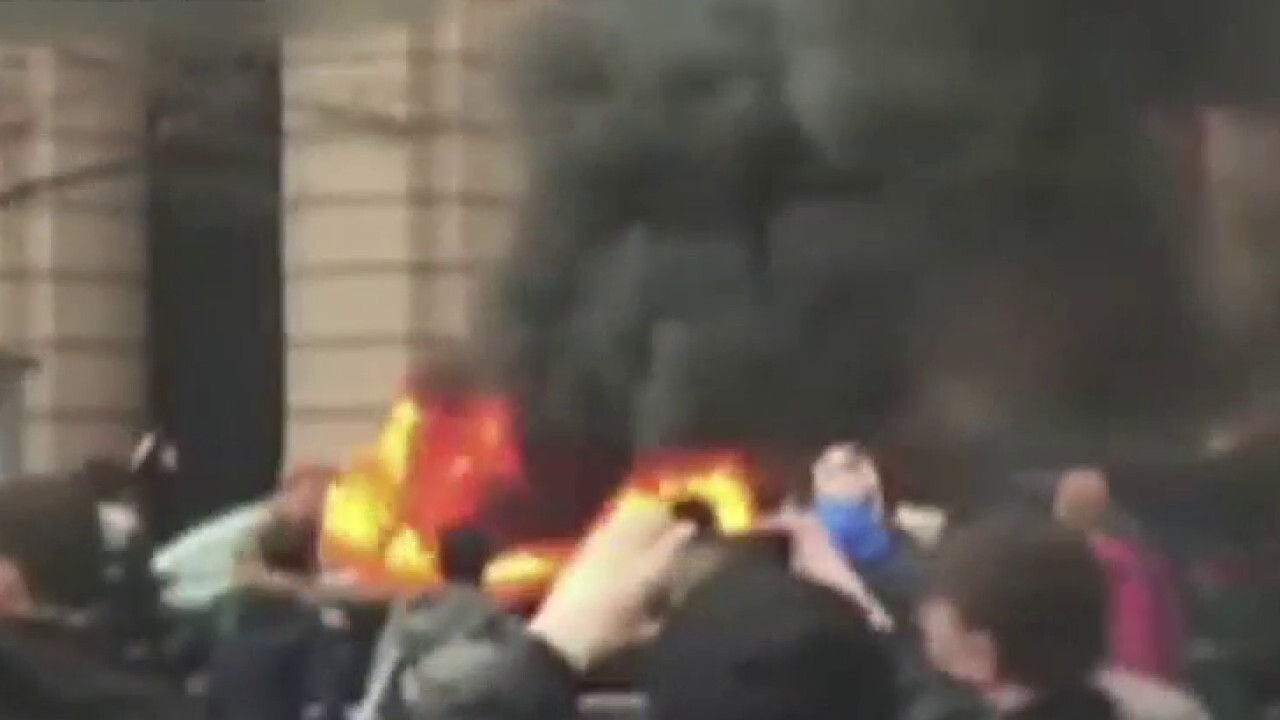 The largest police force in the nation is prepared for an Antifa group's call for an anti-cop protest on Friday in New York City.

A warning was issued on Thursday by the New York City Police Benevolent Association about the threat posed by Antifa, which announced in an expletive-laced video it was planning for a “J31,” January 31, anti-cop protest that they are calling “F--- the Police 3.”

An NYPD spokesperson said in a statement to FOX Business on Friday the department "is aware of the demonstration and will have an adequate police presence in place."

The leftist group is rallying against police, but also subway fares.

“We encourage you to link up with your friends, your family, and think of the ways you can move in affinity to build, and f--- s--- up on J31 all day long," the Antifa message stated. "The mood for J31 is simple: F--- your $2.75. No cops in the MTA, free transit, no harassment period, and full accessibility.”

In their subsequent warning, the PBA wrote: “New Yorkers should pay close attention: this is true endgame of the anti-police movement, an end of all policing & destruction of public order. Our members have spent their careers — and in some cases given their lives — to bring public safety back to NYC. We can’t go backwards.”

Previous FTP protests called by the same group have seen thousands of people in the streets and vandalism at train platforms.

IS LAW ENFORCEMENT BECOMING TOO POLITICIZED?

Banners were hung on sides of buildings and in major transportation hubs, such as the Oculus near the World Trade Center, and the walls of some stations were spray-painted with messages, including one that stated: "FTP."

A protest is scheduled to begin at 5 p.m. at Grand Central Terminal.