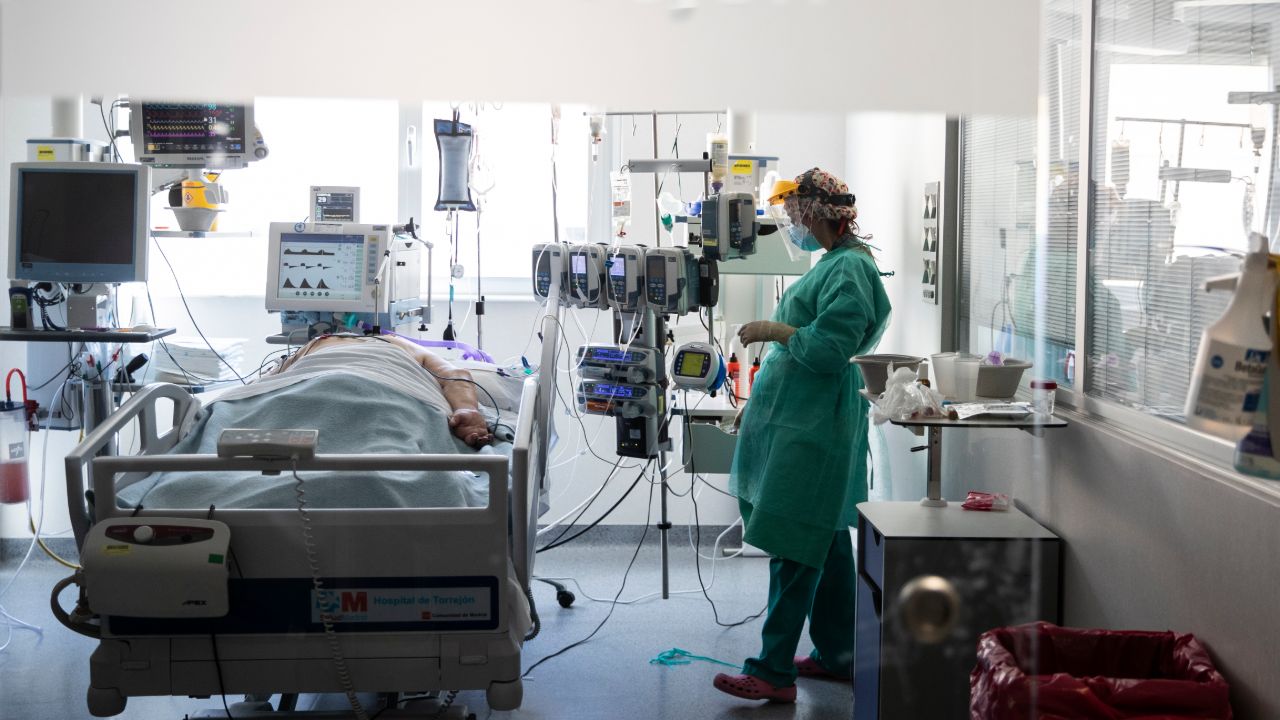 Painful social lockdowns in Europe and some American states helped blunt the coronavirus. Now, amid a fitful and uneven reopening, the pandemic is once again surging across both continents.

Data compiled by Johns Hopkins University shows a jump in new cases in France, Spain and the U.K., where the virus is moving into younger populations and straining health systems at the onset of winter. The data also shows new cases rising 10% or more week over week in at least eight U.S. states.

New cases in France topped 18,000 for a second straight day, fueling a 15% rise in the number of weekly cases recorded in the country. During the lockdown period in the spring, France averaged 7,500 cases a day.

British Health Minister Matt Hancock warned that the U.K. was at a "perilous moment" after more than 17,540 new coronavirus cases were recorded on Thursday, an increase of more than 3,000 from the day before. Over the past week, newly reported cases across the U.K. jumped more than 20% compared with a week earlier.

Meanwhile, a showdown brewed in Spain between local and national officials over the legality of new, blanket measures to stem the spread of the virus in Madrid, now one of Europe's worst Covid-19 hot spots.

Many European nations hit hard by the pandemic this spring, including Italy, Spain and the U.K., imposed strict stay-at-home orders that helped cut the number of new cases, and they launched contact-tracing programs aimed at intercepting contagious people to slow the spread of the virus through communities.

Economic strain, fatigue and isolation prompted politicians to permit reopenings of bars, restaurants and schools, despite warnings from public-health experts that there are insufficient measures in place to prevent outbreaks.

Younger people who socialize more have become a source of transmission, further endangering the older cohort who data show are more liable to die when infected.

And contact tracing, seen as critical to reopening, has been far less effective than hoped in some European countries and in the U.S.

"The measures put in place were not cures, they were pause buttons," said Jennifer Nuzzo, an epidemiologist at the Johns Hopkins Bloomberg School of Public Health. "Once you lift them, if people go back to interacting, and if they do it in unsafe ways, you're going to have more cases."

This week brought rising rates of hospitalization and death from the virus across Europe, along with calls in multiple countries to reimpose lockdown measures that previously had been eased. The surge in new infections was mirrored in the U.S., where several states reported sharp rises in new cases of the virus, including Wisconsin, Illinois and New York.

Public-health experts in the U.S. and Europe have warned against public fatigue at the measures that can slow the spread of the virus, like wearing facial coverings and maintaining physical distance. After a spring spent largely locked down, many in Europe went on vacation, raising fears among public-health officials that travel is fueling an increase in new cases.

While officials around the world have said they intend to use frequent testing and contact tracing to monitor and blunt the virus's progress, they acknowledge too few tests are being carried out, and in many cases their results are being returned too slowly to prove effective at slowing the pandemic.

"This is far from over, and we're on a very worrisome trajectory based on the number of new cases," Dr. Nuzzo said.

A shopper wears a face mask as she walks into a Lord & Taylor department store in Northbrook, Ill., Friday. (AP Photo/Nam Y. Huh)

In the U.S., which leads the world with more than 7.6 million confirmed cases of the virus, more than 56,000 cases were reported Thursday, the highest daily total since mid-August. More than 213,000 people in the country have died.

Through the week ended Thursday, states reported a total of 328,082 new cases, an increase of more than 11% over the preceding week, and 4,972 deaths. There were 34,322 patients hospitalized with the virus, the highest total since Sept. 3, according to data compiled by the Covid Tracking Project.

Over the past week, the U.S. averaged more than 46,000 new confirmed cases of the virus a day. That figure is about 10,000 higher than the average number of new daily infections one month ago.

Unlike the spring and summer, when sharp increases in case numbers were driven by clusters in a handful of cities and regions, the current surge in new cases reflects simmering outbreaks spread out across more than 20 states.

California, Florida, Illinois, Texas and Wisconsin all reported 3,000 or more cases Thursday, according to data from Johns Hopkins. In North Carolina, new cases rose by more than 2,400, similar to levels reached in July during the peak of the pandemic in the state, according to Johns Hopkins. An additional 16 states reported 1,000 or more new cases Thursday, the data shows.

"I think it's pretty clear that when we do relax some of those measures, we do see spread," said Loren Lipworth, an epidemiologist and professor at Vanderbilt University. "To think that we have this under control or that we have reached a point where we really don't need some of those measures any more I think is really kind of a false understanding of the way this virus spreads."

Wisconsin Gov. Tony Evers, who earlier this week initiated new restrictions on gatherings to try to limit the spread of the virus, urged people to get back to the basics of prevention. "Please stay home, limit gatherings and travel, and wear a mask whenever you go out so we can flatten the curve and get back on track," Mr. Evers wrote on Twitter.

Residents in south Louisiana braced to relive a nightmare Friday as bands of rain from approaching Hurricane Delta began soaking the same area of the state that was badly battered by a deadly hurricane six weeks ago. (Chris Granger/The Advocate via A

In Illinois, which on Thursday reported more than 3,000 new cases for the first time in more than a month, Rep. Mike Bost, a Republican, announced Friday he had tested positive for Covid-19.

At least 20 members of Congress have tested positive or been diagnosed with Covid-19, according to GovTrack.us, which monitors votes and other activity in Congress. A total of 73 members have either tested positive or self-isolated because of possible exposure to the virus.

Meanwhile, federal officials on Friday said there potentially could be 100 million doses of various Covid-19 vaccines available by the end of 2020 if they prove safe and effective enough to get cleared by the Food and Drug Administration.

By March or April, they predicted, between 600 and 700 million total vaccine doses should be available, officials from the Department of Health and Human Services said at a briefing. They were joined by officials from Operation Warp Speed, a multiagency government entity set up to speed vaccines and therapeutic drugs to American patients.

The estimates are based on how long it will take to produce the vaccine, although there remain significant caveats. The Trump administration has pushed for the accelerated release of vaccines to deal with the pandemic, but the FDA must still certify that vaccines are both safe and effective.

Even after approval, distribution poses an additional challenge. State health authorities have expressed concerns that the government hasn't resolved critical issues pertaining to how doses are doled out.