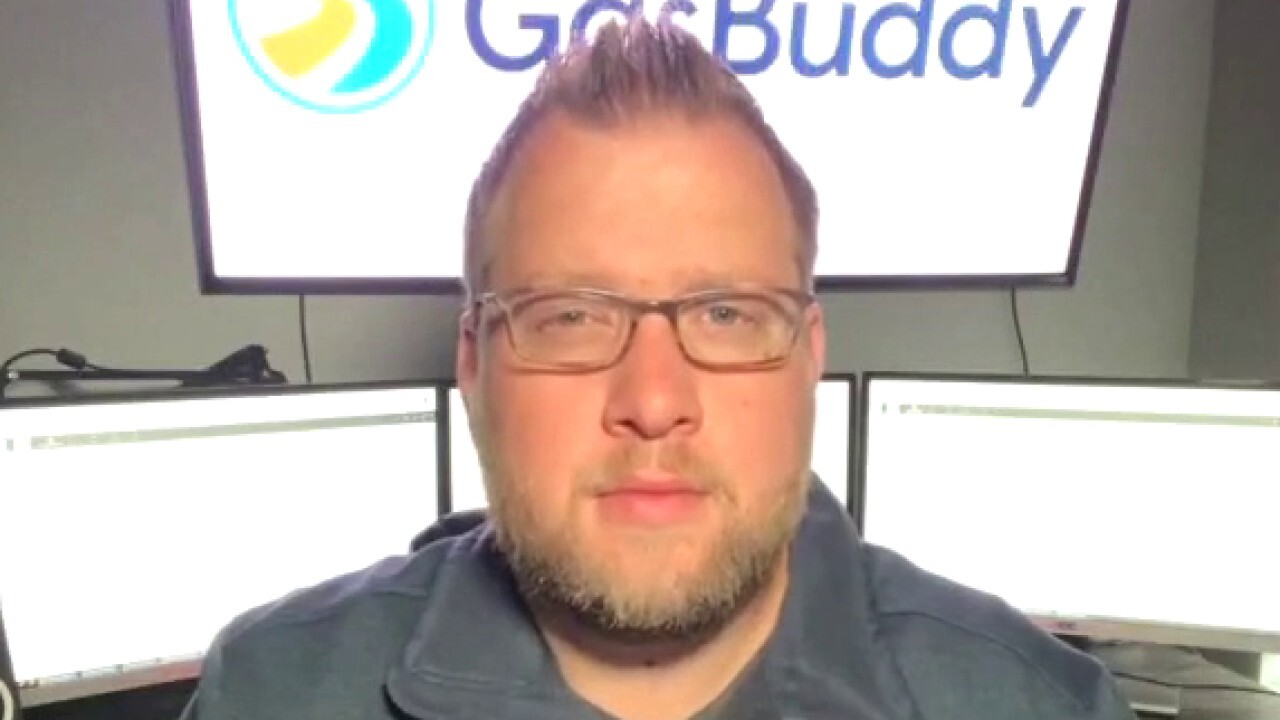 Gas prices soaring due to demand 'roaring back': GasBuddy analyst

GasBuddy analyst Patrick DeHaan says 'it’s going to be a blockbuster summer' for gas demand as AAA expects gas prices over the Memorial Day weekend to be the highest in seven years.

As Americans prepare to hit the road for Memorial Day weekend, AAA anticipates prices at the pump will be higher than previous years. The organization forecasts about 34 million people will travel for the upcoming holiday, a 52% year-over-year increase but 9% below 2019 levels.

According to AAA, California, Hawaii, Nevada, Washington state, Oregon, Utah, Alaska, Illinois, Idaho, and Washington, D.C. currently rank as the top 10 areas with the highest average regular gas prices, ranging between $3.17 and $4.18 per gallon heading into the holiday weekend.

Meanwhile, Louisiana, Mississippi, Texas, Missouri, Oklahoma, Arkansas, Alabama, Kansas, Minnesota, and South Carolina are the 10 least expensive states for regular gas, with average prices ranging from $2.71 to $2.84 per gallon as of Friday.

PLANNING TO BUY A CAR MEMORIAL DAY WEEKEND? IT'S A BETTER TIME TO SELL, EXPERTS SAY

Both AAA and Gasbuddy, which operates apps and websites based on finding real-time fuel prices at more than 140,000 gas stations, predict that the national average, which recently topped $3 per gallon following widespread panic-buying in the wake of the Colonial Pipeline hack, will fluctuate around that mark over the holiday weekend.

"I think we can expect in the coming days of fluctuation, there's the very likely chance that gas prices are going to increase," AAA spokesperson Jeanette McGee told FOX Business. "We're not talking large spikes here, maybe a couple of cents in terms of the national average as we lead up to Memorial Day."

De Haan added that drivers should expect the fluctuating prices to continue over the next few months, noting that "it’s going to be a blockbuster summer for demand."

He predicts the national average for gas prices this summer could range anywhere between $2.75 to $3.25 per gallon, barring any major refinery issues or hurricanes.

According to Gasbuddy, U.S. gasoline demand on Thursday was up 10.4% week-over-week.

McGee assures that prices have stabilized following the Colonial Pipeline's restart, and that consumers shouldn't see the hours-long lines at gas stations from earlier this month during this Memorial Day.

However, she warned that gas stations in popular travel destinations may get backed up due to the higher demand and fuel delivery delays prompted by a shortage of truck drivers.

"Keeping your eye on your fuel tank is important as you travel this holiday weekend," McGee adds. "At a fourth of a tank, you want to consider filling up or at least letting that be the reminder for you to start looking for a place to fill up."

Friday's national average for gas prices stands at $3.04 per gallon.