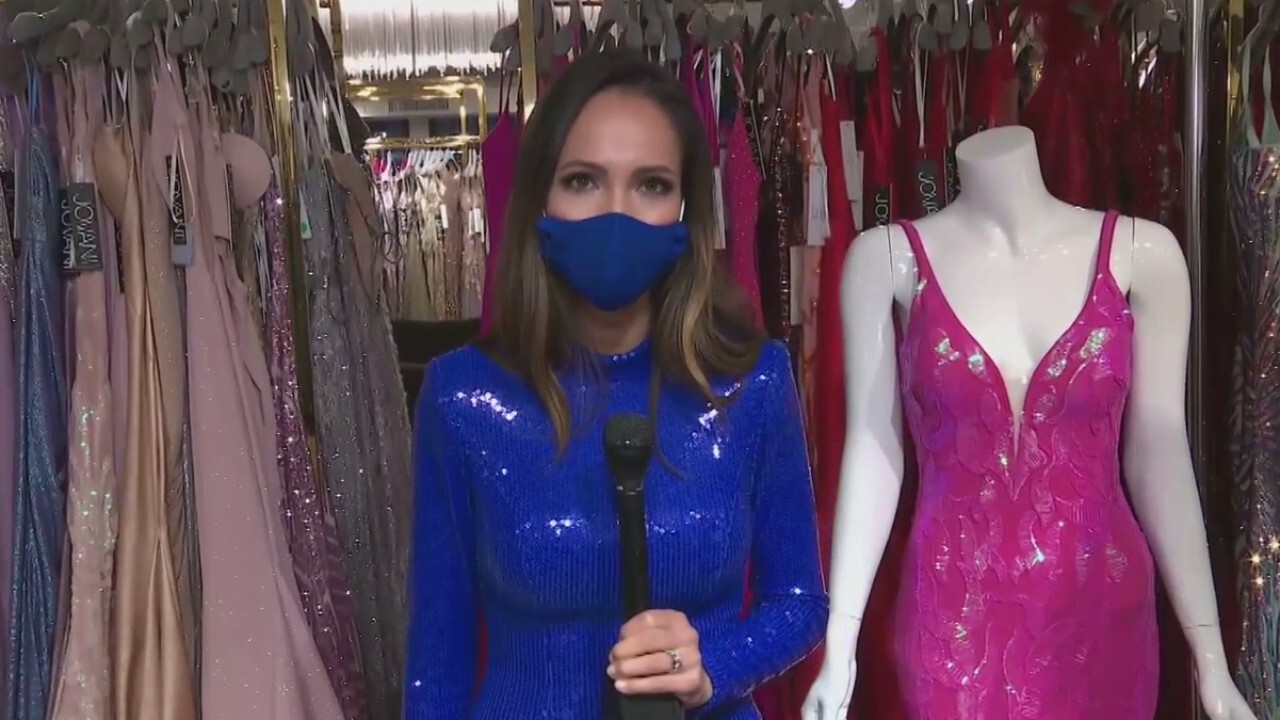 Schools suit up for prom season amid strict COVID mandates

Dressmakers who rely on the prom season for much needed revenue optimistic as prom's return; FOX's Lydia Hu reports

Prom season is back for the first time since the pandemic hit a year ago, but the night will look much different than in years past.

Many schools are resuming the big night with strict rules in place: outdoor events are the default, masks are mandatory and dancing is restricted.

Across the country, schools are taking various approaches to ensure COVID-19 protocols are addressed and being followed. In Minnesota, some schools are bringing in students in pods, designated by color-coded bracelets, but mingling between pods is not permitted. Neighboring Wisconsin has one school district will allow dancing, but the DJ is limited to play songs that encourage social distancing with only a few students allowed on the dance floor at a given time. Other jurisdictions are taking stricter approach. In Washington, D.C., dancing is outright banned.

"Even though proms are coming back in so many areas of the country, it's not universal," FOX Business' Lydia Hu said.

Some school districts are not holding prom this year, including all public schools in New York City, Springfield Public Schools in Massachusetts, Chandler Unified School District in Arizona and Charlotte-Mecklenburg Schools in North Carolina.

The bans, however, are not stopping students – or parents – from celebrating on their own. Students are still dressing up to gain a sense of normalcy in places where proms have been canceled.

A new national survey conducted by the Harris Poll reveals that nearly four out of five parents of high schoolers think schools should do whatever they can to make sure students can have at least some form of prom this year, regardless of the format or location.

In Virginia, parent-led proms are taking place off-campus since a majority of schools will not sponsor proms this year. Meanwhile, in Charlotte, North Carolina, students at public high schools are opting to rent out private venues in order to hold "unofficial" proms rather than miss out completely.

After a year of remote learning, the pent-up demand for face-time and an excuse to dress up has been a boost for some businesses. Dressmakers like Jovani are seeing a rebound, but COO Abraham Maslavi said it the return of prom is as much about memories as money for his chain.

"It was very hard and challenging," Maslavi told FOX Business referring to last year's shutdown, "But I’d just like to say I felt even worse for the girls who weren’t able to go to prom last year, who got cheated out of the life moment of enjoying their graduation and their prom, and that they weren’t able to enjoy that part of their lives. For me, that was harder."

Now business is back, and it’s stronger than ever as more people splurge on dresses to make up for a year of loss, according to Maslavi.