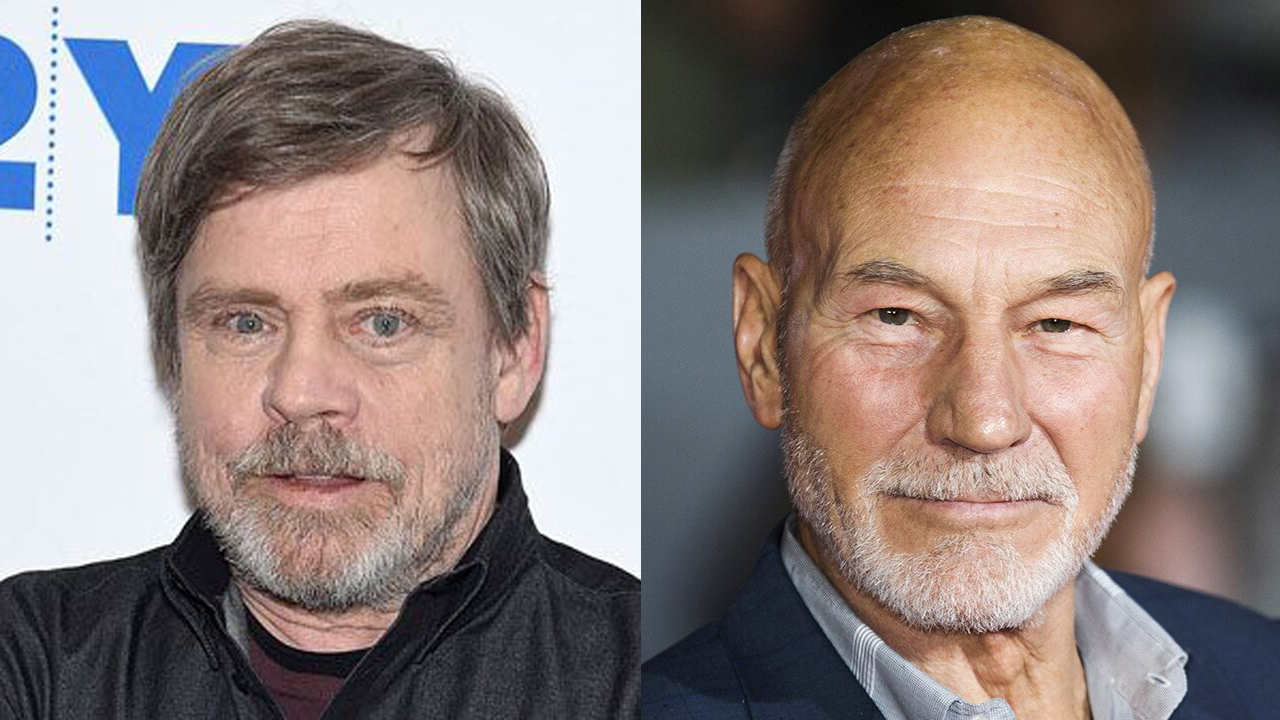 Mark Hamill and Patrick Stewart have sparked a new rivalry of sorts.

The sci-fi legends appear in a handful of new ads for Uber Eats, the food delivery service from the popular rideshare app, in which they portray themselves as petty enemies.

In the first of the three ads, Hamill, 68, and Stewart, 80, approach one another in an abandoned warehouse. The "Star Wars" actor holds a baseball bat while Stewart brandishes a cricket bat.

"Tonight, I'll be eating a veggie cheeseburger on ciabatta, no tomatoes," says Hamill.

"Tonight, I'll be eating four-cheese tortellini with tomatoes," Stewart retorts, elongating the "a" in the word "tomatoes" to sound like "tomahtoes."

"Stewart, so it's come to this," begins Hamill before they are interrupted by the delivery of their meals.

The two actors raise their bats.

"Careful, Hamill, daddy's not here to save you," taunts the "Star Trek" star.

"Oh I am my daddy," Hamill shoots back, confusing both stars.

"Come Again?" Stewart says. "What are you talking about?"

"I'm not sure I got that right," admits Hamill.

The campaign consists of two other ads, one featuring Stweart beating Hamill in a game of air hockey.

"I wasn't ready!" insists the star.

"You want cheese to go with that whine?" said the "X-Men" star.

The final ad features the pair playing a game of Connect 4, this time with Hamill taking the victory.

"I win again, Patrick," he says, prompting his opponent to slam his fists on the table.