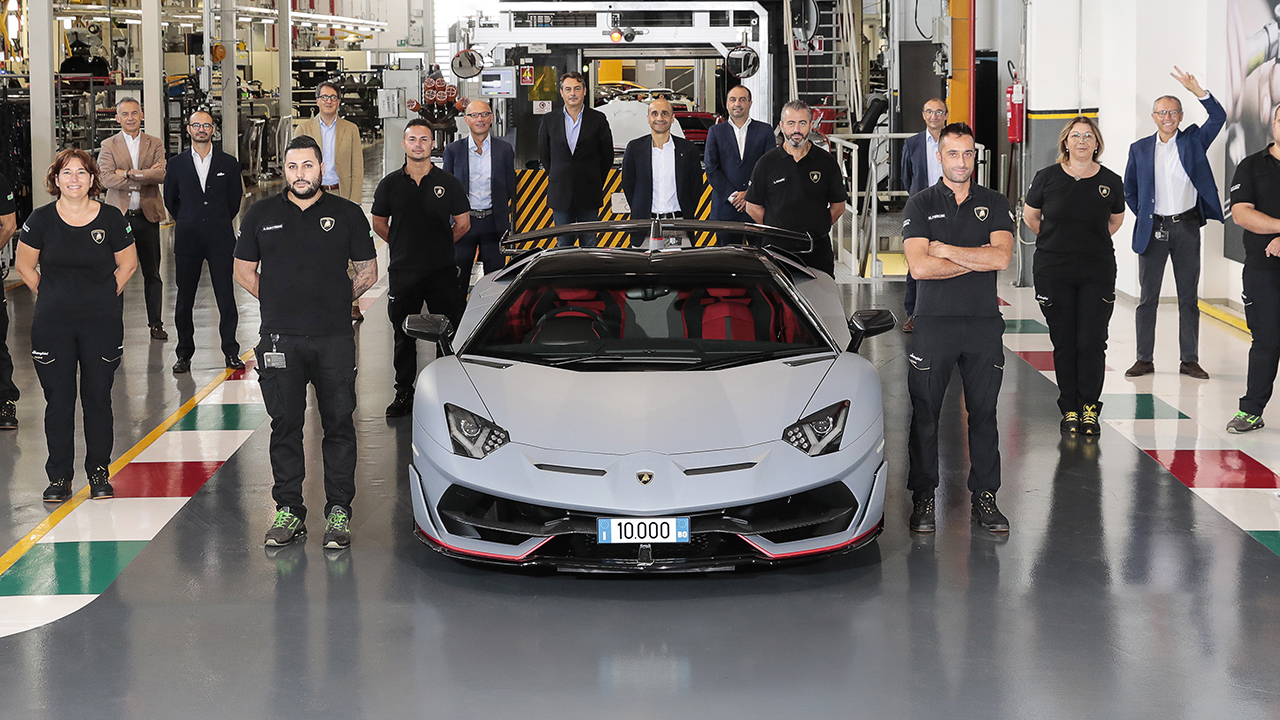 VW Group-owned Lamborghini built its 10,000th Aventador supercar this week. The scissor-door two-seater originally entered production in 2011 and received a major update in 2017.

The base price for the Aventador S is currently $417,000, but it is offered in several models, including the 759-horsepower Aventador SVJ Roadster that marked the milestone, which goes for $575,000 in the U.S. The car is headed to a buyer in Thailand, however, where it sells for the equivalent of over $1.5 million.

But while the Aventador has been a success by most supercar standards, it’s not even close to becoming the bestselling Lamborghini of all time. That title belongs to the Huracan, which is a relative bargain at a $208,000 starting price and has found over 14,022 homes since it went on sale in 2014.

The Huracan surpassed the Gallardo as Lamborghini's all-time bestseller in October 2019 with its 14,022nd example. (Lamborghini)

Lamborghini sold a record 8,205 cars in 2019, which was a 43% increase over the prior year thanks to the introduction of its Urus SUV, but sales were down 22% through the first half of 2020 due in large part to the coronavirus pandemic.