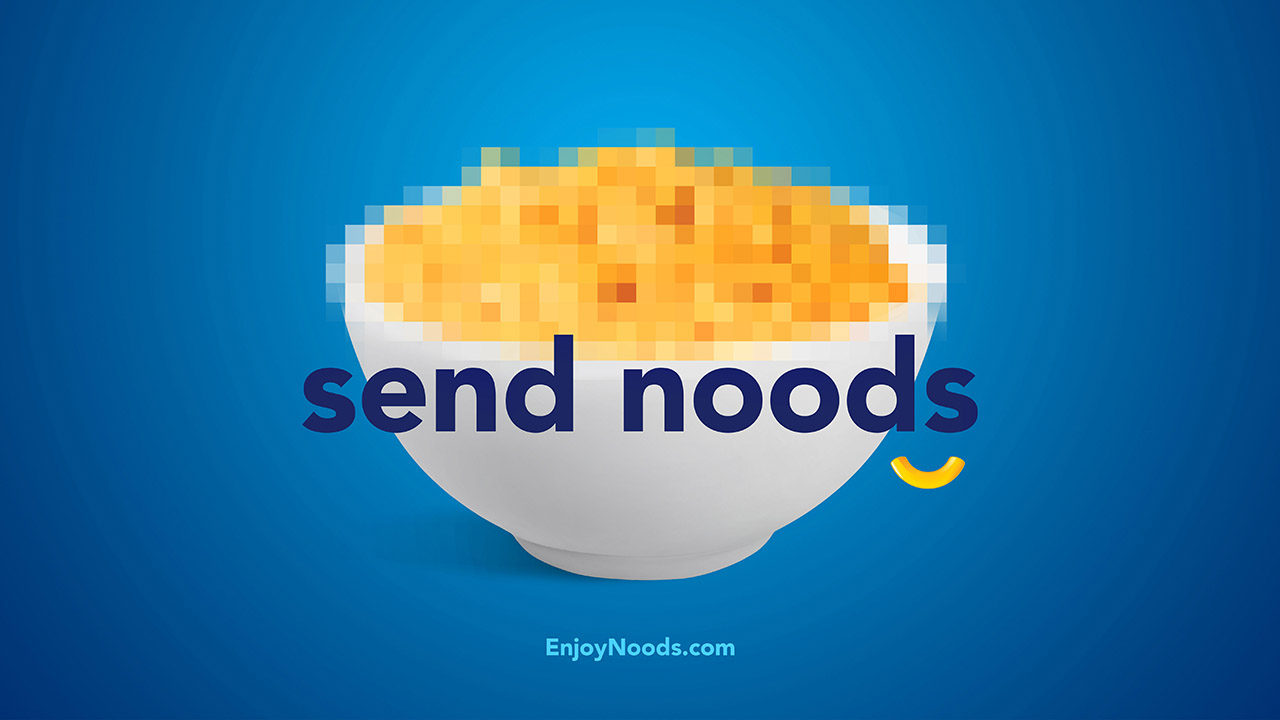 Keep your “noods” to yourself.

Kraft Heinz has said it will be removing all traces of a recent marketing campaign that encouraged fans to “send noods” (i.e. noodles) to distant loved ones amid the pandemic, after it sparked backlash from social media users.

Kraft Macaroni & Cheese initially launched the campaign on Oct. 6 – National Noodle Day – as a way for its customers to offer “love and comfort from a safe distance” by filling out a form at a specific Kraft webpage, or responding to the brand on Twitter, in order to arrange for a free delivery of Kraft Mac & Cheese for family members or friends, courtesy of the brand.

“We’re all seeking the comforts of home and traditions that bring us together, like sharing a box of Kraft Mac & Cheese,” said Martina Davis, the brand manager for Kraft Mac & Cheese, in a press release issued at the time. “We want to give fans the opportunity to send and share the cheesiest noods with their friends and family.”

Shortly after the campaign kicked off, social media users and concerned parents called out the brand for what they deemed to be an irresponsible campaign.

Others accused the brand of “sexualizing” the food item, or “groom[ing] children into believing it’s OK and even FUNNY to ‘send noods,’” according to BuzzFeed News, who first reported on the end of Kraft’s campaign.

The promotion, meanwhile, was only ever intended to run through Oct. 11, according to Kraft. But on Instagram earlier this week, the brand appeared to acknowledge the concerns and vowed to “remove” the campaign from its social media channels.

“For National Noodle Day last Tuesday, we encouraged adults to send free noodles to loved ones to provide comfort and make them smile,” Kraft Mac & Cheese wrote in a message shared to its Instagram stories. “The Social promotion resulted in over 20,000 consumers across the country receiving boxes of America’s favorite Kraft Mac and Cheese.

“We sincerely appreciate and hear all of your feedback. This content will be removed from our channels.”

As of Wednesday morning, however, at least some of the ‘Send Noods’ social media posts appeared to be active.

Then again, not everyone was so upset by the campaign. Many appeared to enjoy the play on words, while others were in disbelief that anyone would be offended.

A representative for Kraft Heinz later confirmed to Fox News that the campaign had ended on Sunday. However, in an emailed statement to Fox News. the brand did not specifically state that it would be removing its "Send Noods" social media posts. Fox News has reached out for clarification.