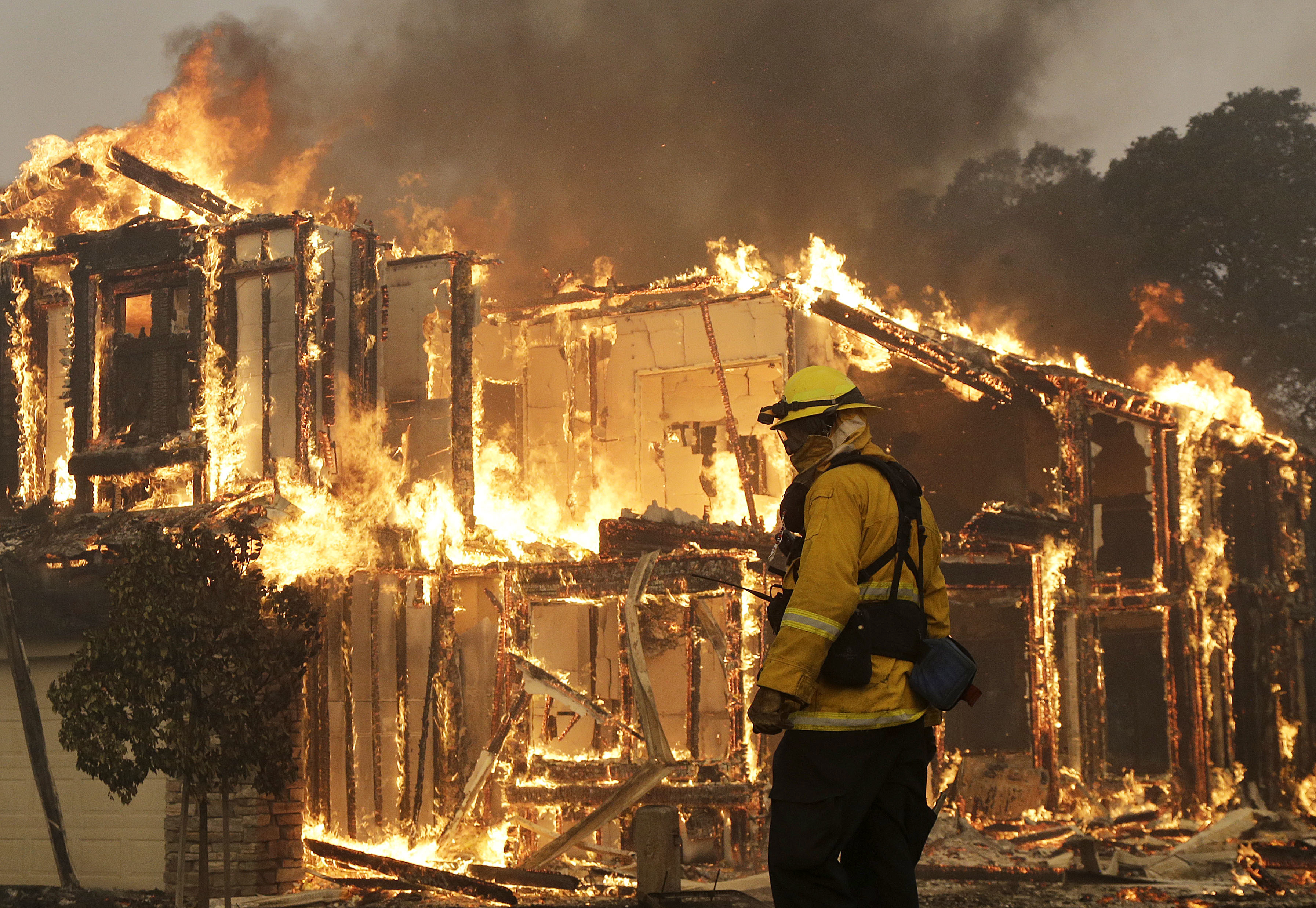 The Northern California victims of catastrophic wildfires caused by Pacific Gas & Electric's decaying electrical grid will have at least $19 million siphoned way from a $13.5 billion fund for their losses to cover administrative costs.

A bankruptcy judge said he would approve drawing from the victims' fund as part of a plan reviewed Tuesday during a court hearing. The decision came after PG&E and a committee representing the victims struck an accord on a $21.8 million budget for administering the $13.5 billion fund for the thousands of people who lost loved ones, homes and businesses during a series of deadly wildfires in 2017 and 2018.

PG&E will pay an additional $2.5 million to cover the fund's administrative fees, but the rest of the money will come from the fund earmarked for the fire victims under the plan that won U.S. Bankruptcy Judge Dennis Montali's blessing.

Even more money could be diverted from the fire victims' fund to cover its administrative costs if PG&E's plan for getting out of bankruptcy gains court approval by June 30, but misses its Aug. 29 target date for becoming effective.

The economic upheaval triggered by the coronavirus pandemic has increased the chances that it may take longer for PG&E to raise the tens of billions of dollars that will be needed to finance its proposed bankruptcy plan than the company envisioned earlier this year.

The uncertainty prompted the company to draw up a contingency plan that calls for the plan becoming effective Dec. 30, which would result in the fire victims having to wait until next year before the $13.5 billion fund starts to pay their claims.

If the plan isn't effective until Dec. 30, another $21.2 million could be drained from the fire victims' pool of money.

Taking any money away from the fire victims' fund as been a hot-button issue since PG&E agreed to the settlement in December. At one point, two government disaster-relief agencies had been seeking to take a $4 billion claim on the victims' fund, but finally backed off.

Last month, PG&E agreed to a $4 million fine as part of a plea agreement to 84 counts of involuntary manslaughter in a deadly wildfire in 2018 and initially said its bankruptcy financing plan required it to pay for its crimes from the victims' fund. Stung by an indignant backlash, PG&E negotiated for a group of insurers to pay the fine from their gains earned from a $11 billion settlement that the utility is paying them as part of the bankruptcy plan.

Even if the $13.5 billion remained totally intact, many fire victims are worried there still won't be enough to fully compensate the more than 82,000 people filing claims for their property losses and emotional trauma. Those concerns have been elevated by the $6.75 billion in stock that will represent half of the fund. Like the rest of the stock market, PG&E stock has sunk during the past two months, prompting one financial expert to estimate the stock earmarked for the victims' fund may now only be worth $4.85 billion.

Montali expressed reservations during Tuesday's court hearing about allowing such a large amount of the victims' money being paid for the fund's oversight and administration. But he set them aside after assured by lawyers that the people overseeing the work will only be paid for as long as they are needed.

More than half of the initial $21.8 million administrative budget will go to BrownGreer, a firm that has been hired to handle the claims. It will receive roughly $12.6 million.

The remaining money is going to pay lawyers and other staff needed to sort through claims that will be seeking reimbursement and damages in 25 different categories, according to court documents.