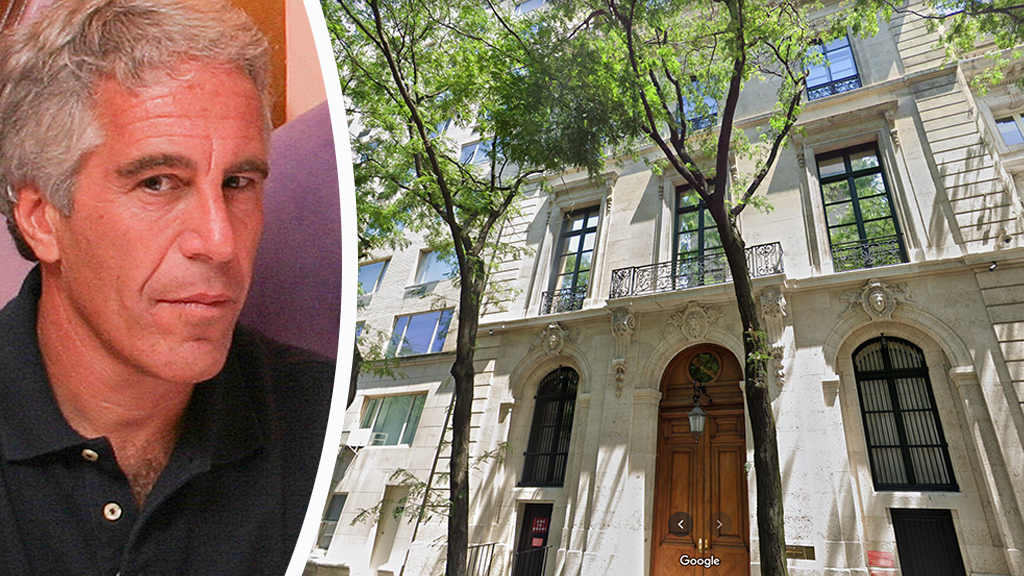 Jeffrey Epstein’s New York townhouse — where the late pedophile once kept nude photos of girls, creepy taxidermy and a bizarre painting of Bill Clinton in a blue dress — was just sold for a little under $50 million, it was revealed in court Wednesday.

The controllers of Epstein’s estate closed on the sale of the townhouse at 9 E. 71st Street on Monday, estate attorney Bennet Moskowitz said at the hearing, which was part of a civil suit brought by an unnamed woman who claims she was sexually abused by Epstein starting at the age of 15.

An exterior shot of the townhouse at 9 E. 71st Street in New York City. (Google Maps)

The cash will be used to replenish the Epstein victims’ compensation fund, Moskowitz said.

The estate also intends to sell Epstein’s sprawling Palm Beach estate and add the proceeds to the fund.

“We just sold the townhouse for proceeds of a little under $50 million,” he said, adding they hope to sell the Palm Beach estate for more than $20 million.

Epstein’s estate is working to sell the remaining real estate he owned, but has not listed his houses in New Mexico and in Paris because they are “difficult” properties, Moskowitz said.

Epstein killed himself in August 2019 in a lower Manhattan jail cell while awaiting trial in Manhattan federal court on sex trafficking charges.

Since his death, dozens of victims have come forward with sexual assault claims against him, forcing the executors of his estate, Darren Indyke and Richard Kahn, to set up a victims’ compensation fund to dole out damages.

Epstein’s 28,000-square-foot neoclassical townhouse went on the market in July for nearly $90 million, but was lowered in price soon after.

The townhouse, which was previously owned by Victoria Secret mogul — and Epstein associate — Les Wexner, was built in 1930 for an heir to the Macy’s department store fortune.

Epstein purchased the house for $20 million in 1998, the Wall Street Journal reported.

Federal authorities raided the home after his arrest in 2019 and found a cache of images stashed in a free-standing safe that showed nude women, including underage girls.

They also found creepy artwork in the lair, including a painting that depicted Clinton wearing a blue dress and high heels while kicking his feet up in a chair.

Investigators also found a taxidermied tiger and poodle in the house, according to photos previously obtained by The Post.

The pedophile allegedly molested and sexually assaulted dozens of women and girls at the estate after luring them into the house by asking for massages.

His alleged cohort, Ghislaine Maxwell, was arrested last year and is awaiting trial for allegedly grooming girls for Epstein to abuse and then lying about it under oath. She’s pleaded not guilty and maintains her innocence.

This story was originally published by the New York Post.