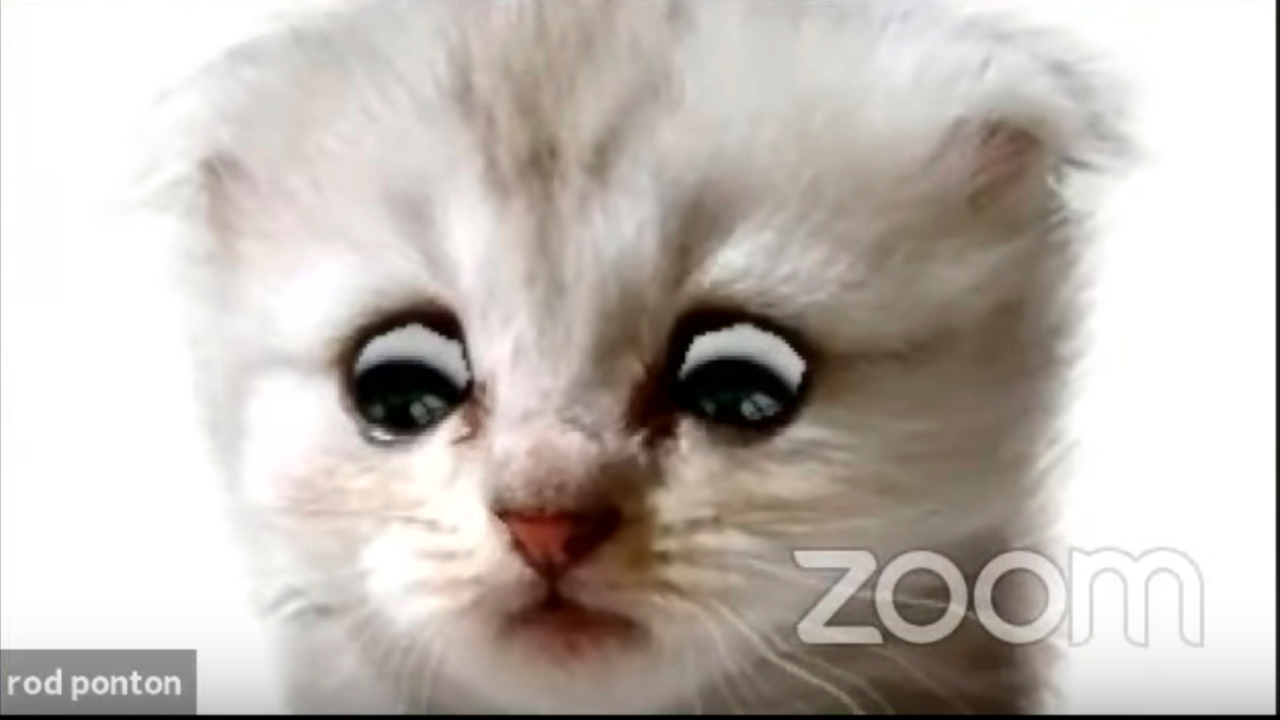 Now you can give yourself a meow-kover.

Texas lawyer Rod Ponton had both his colleagues and the internet in stitches after accidentally “morphing” into a cat during a virtual court hearing Tuesday. His colleagues then had to talk him through the cat-astrophe in a video with almost 30 million views on Twitter.

Well, now you can follow suit — or digital cat filter, rather — thanks to this handy tutorial on how to apply a virtual catsuit for a Zoom message.

Ponton accomplished his catcall inadvertently by using Snap Camera, a filter from Snap Inc., the company behind social-media app Snapchat. This free desktop app — which is available for both Mac and PC as well as Twitch streams and YouTube videos — allows users to bring a variety of interactive lenses to their computer’s webcam, the Daily Mail reported.

A filter that had been activated on an attorney's device obscured his appearance and made him look like a cat during a virtual court hearing. (Texas Department of Criminal Justice via AP)

TEXAS LAWYER SPEAKS OUT AFTER GOING VIRAL OVER KITTEN FILTER

Users can use the “Snap Camera” web page to download the filter, which will cause a circular camera lens symbol containing white lines to appear. Users can then outfit themselves with everything from a dog face to the aforementioned virtual kitten costume, and other wacky Zoom filters.

When done with your digital cosplay, shut down any apps utilizing your computer’s camera and then reopen Zoom, or any other webcam app of choice.

The Snap Camera should be running when you long into your Zoom call. To see if it’s on, select “Settings” and then “Video,” and then, where it says “Camera,” select “Snap Camera” from the drop-down menu.

Of course, you want to make sure the Snap Camera app is off before logging into a business, or other important, call.

Ponton had been using a secretary’s computer at a remote office in Presidio, Texas, so it could’ve been compromised by a young user that had used the cat filter beforehand.

Judge Roy Ferguson, who was present for the attorney’s online cat-astrophe, tweeted: “If a child used your computer, before you join a virtual hearing check the Zoom Video Options to be sure filters are off.”

He also joked: “This kitten just made a formal announcement on a case in the 394th [Judicial District Court of Brewster]” — the case that the cat lawyer was taking part in.

“‘It was certainly not an intentional thing to put the cat image up there, but s – – t happens,” the cat-torney told the San Antonio Express about his virtual Gregor Samsa moment. “If I can make everybody laugh for a moment at my expense, I’ll take it.”