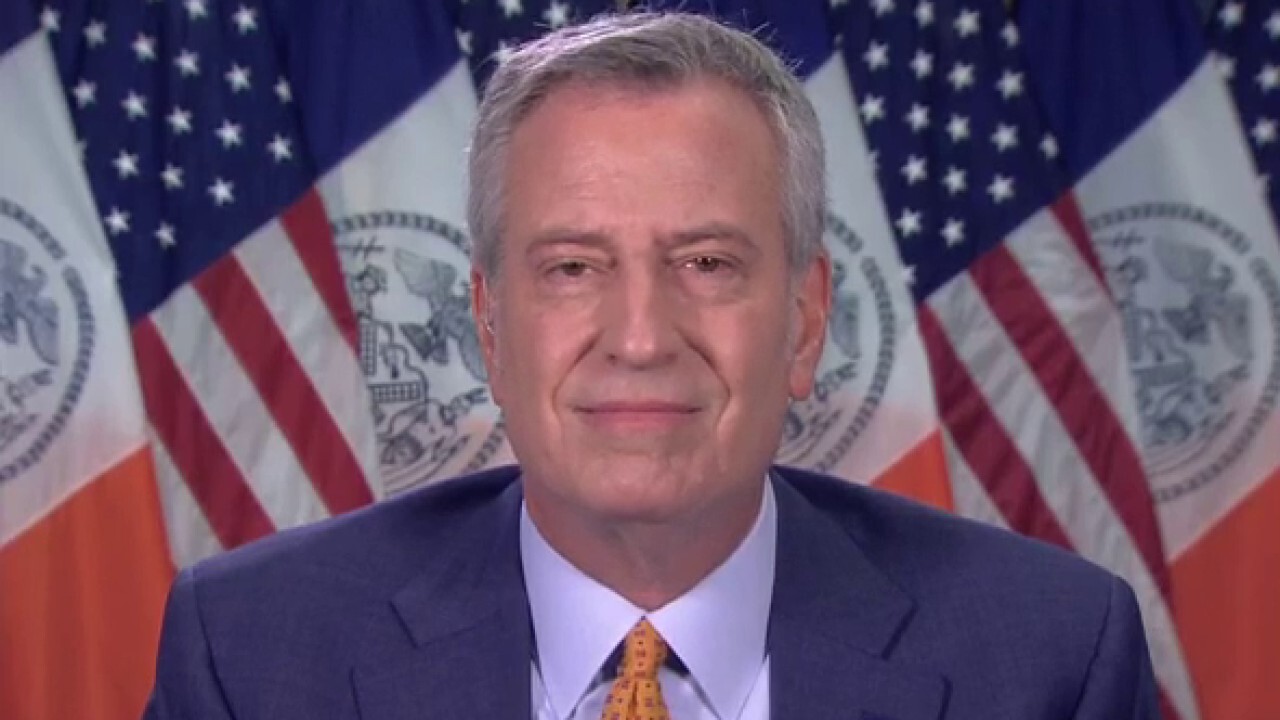 The coronavirus pandemic has turned vibrant college towns across the U.S. into vacant ones.

This weekend was supposed to be one the busiest of the year for businesses in Blacksburg, Va., as parents, grandparents and well-wishers converged on the town to celebrate the 2020 graduates of Virginia Polytechnic Institute and State University.

Instead, the city of 45,000 remains in quiet repose, pining for its students to return. It has been a long two months for Blacksburg and other communities like it, as the pandemic robbed them of their main source of economic vitality.

SOME US SCHOOLS ARE PULLING THE PLUG ON DISTANCE LEARNING

What is happening in Blacksburg is playing out in cities from Ithaca, N.Y., to Pullman, Wash., where the pandemic hasn't only shut down many businesses but also emptied out college campuses. The losses are especially painful in places that have leaned on universities to lure well-paying jobs and industry to communities that might otherwise lack both.

"We've always had the luxury of being insulated from the normal ebbs and flow of the economy," said Mike Soriano, a Virginia Tech grad who owns four Blacksburg restaurants, including Champs Downtown Sports Bar & Cafe. The university moved its spring and summer terms to online classes. "And with the uncertainty of the fall, it's made things difficult to project," he added.

Large colleges and universities employ thousands, buy local goods and services and draw tens of thousands of students and visitors to their stores, restaurants and hotels. Their presence has shielded local communities from both long-term economic shifts and short-lived recessions. In places like Blacksburg, business cycles turn predictably with the seasons: It gets busy in the spring, slows in the summer and then roars to life in September.

Now, Blacksburg business owners look anxiously toward the fall, the possibility of in-person classes and the fate of seven home football games that have reliably filled hotel rooms, bars, restaurants and shops.

"Football and graduation is when you can make money," Mr. Soriano said.

Virginia Tech is responsible for more than half of Blacksburg's economy, generating about $1.2 billion in annual income, according to an analysis by researcher Emsi Labor Market Analytics. One of every two jobs is supported by the university, its students and visitors, according to Emsi estimates.

As of January, the university had 9,742 employees, including full-time and part-time faculty, staff and wage workers, a university spokesman said.

Median household income in the Blacksburg area totaled $50,313 in 2018, according to U.S. Census Bureau data. While that is below the Virginia median of $72,577, Blacksburg's income has grown faster than its state overall -- 8.6%, compared with 3.6% -- since 2010, according to a report by Old Dominion University.

"As you move west in Virginia, the population is less dense, more rural, " said Robert McNab, an economist at Old Dominion, who studies the Virginia economy. The region depends on agriculture, mining and forestry rather than the manufacturing and information technology found in the state's urban areas.

"Virginia Tech's location allows it to work as a catalyst for economic development," he said. "And it's able to attract research funding and investment to a part of Virginia that might not otherwise receive much attention."

Blacksburg Transit has been carrying 300 to 400 riders a day recently, down from more than 20,000 a day when the university is in session, Mr. Verniel said. He estimates the home football games bring 400,000-500,000 visitors to Blacksburg each fall. And when students come back in September, they hurry to local stores to furnish apartments and dorm rooms.

"We couldn't have imagined an economic crisis that took the university out," he said.

There is more at stake than one season of retail sales. Businesses are worried that some students won't be ready for on-campus classes this fall, and others might never make it to Blacksburg at all. Some students might opt to stay home. And international students face travel restrictions and new immigration policies.

This spring, Virginia Tech had nearly 35,000 students, including 28,000 undergrads. Some 8,250 of the undergrads come from somewhere other than Virginia, and 1,962 of them are international students, according to the university spokesman.

If the drop in enrollment persists, it could be harder for Blacksburg and other college towns to grow science and tech-oriented businesses needed to broaden their economies.

Harmonia Holdings Group LLC, an information-technology company with annual revenue nearing $80 million, hires engineering students who graduate from Virginia Tech and the University of Virginia, located some 150 miles away in Charlottesville, for its offices in those cities.

TUITION FEES AT COLLEGES GETTING MOST CARES ACT FUNDING: ONLINE VS. CLASSROOM

Jai Saboo, Harmonia's chief operating officer, said his company often prefers to hire new staff in lower-cost Blacksburg rather than its suburban Washington headquarters. The company was recruiting the new wave of graduates in March when the pandemic hit. Instead, those openings will likely be filled in other locations, including populous northern Virginia.

"It's a lost cause, because the students aren't there," in Blacksburg, Mr. Saboo said.

As the lockdown wears on, local businesses are losing their most-reliable stretches, from graduation weekend in May to student orientations in July. The university held an online commencement ceremony on Friday evening.

Virginia Gov. Ralph Northam unveiled a plan this month for the gradual reopening of businesses. Virginia Tech administrators said they would announce their plans for the fall semester next month, and are preparing guidelines for resuming in-person research projects.

"The fall is an opportunity for us to bring the campus back to life to some degree," Virginia Tech's president, Tim Sands, said in a recent video call with the university community. "We're really hoping and planning that will be an in-person fall, but with caveats -- and there are still some major decisions to be made."

While business owners are hopeful campus life will soon resume, albeit in a modified way, they say it is hard to plan for what lies ahead.

Clay Corner Inn, a Blacksburg bed-and-breakfast, has remained open, but most rooms are vacant. Hokies football fans booked stays shortly after the schedule was released in January. They now call or email the inn's general manager, Joshua Roseberry, seeking clarity on the team's plans. The school's athletic department has raised the possibility that the season might be canceled. That would mean the inn returning deposits, draining cash as it weathers the usual summer slowdown.

"It's similar to a beach community," Mr. Roseberry said of Blacksburg's dependence on Virginia Tech. "You take away the beach, and there's nothing else."