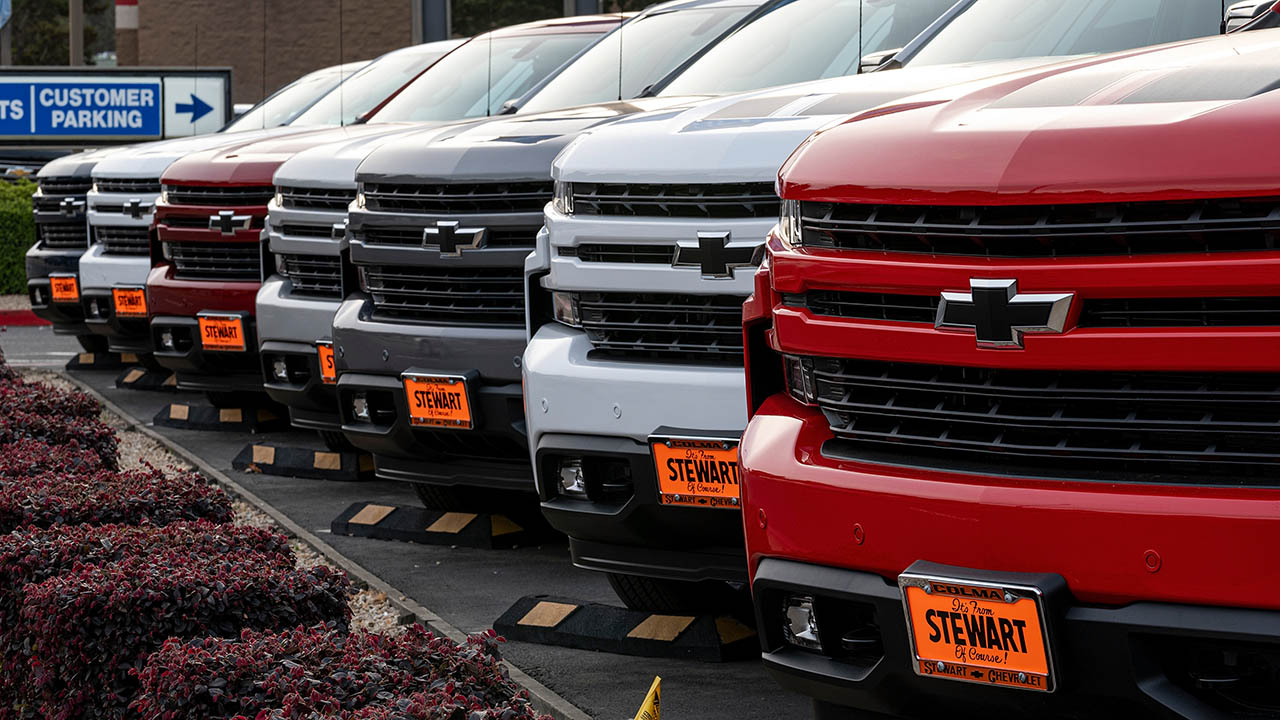 The semiconductor shortage is chipping away at General Motors' fuel economy.

The automaker has confirmed that it has paused the production of V8 engines equipped with a feature that allows them to run on fewer than eight cylinders at certain times to improve their efficiency.

The 5.3-liter V8s are used in the automaker's full-size trucks and the feature won't return before the 2022 models arrive mid-year.

GM spokeswoman Michelle Malcho told Reuters that the loss of the cylinder deactivation system would result in a 1 mpg drop in fuel economy for vehicles using the engines, but that it wouldn't make a significant impact on the automaker's overall corporate average fuel economy.

GM has prioritized the production of its full-size pickups and SUVs during the chip shortage hitting the auto industry.

Production at several factories that build cars and smaller utility vehicles has been temporarily suspended entirely, including the Lansing Grand River Assembly plant in Michigan that builds the Chevrolet Camaro, Cadillac CT4 and Cadillac CT5, which was shut down this week and isn't expected to reopen before April.