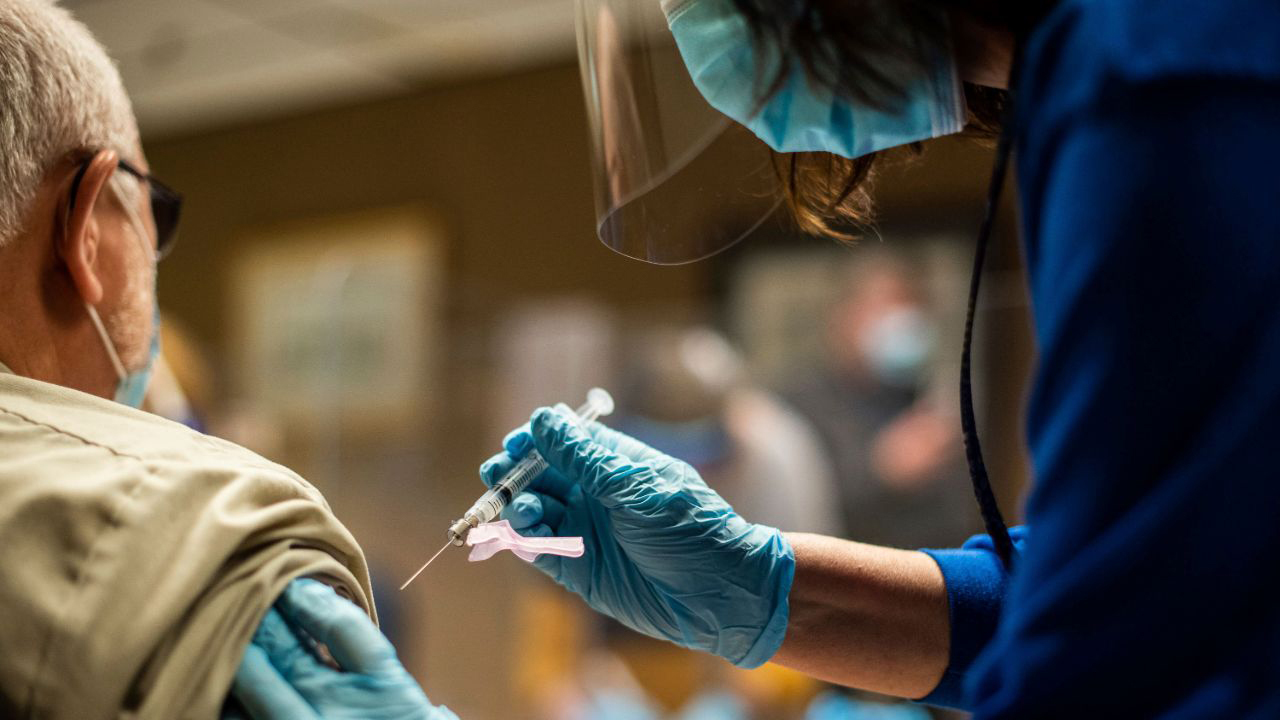 Dr. Makary says 'natural immunity' to COVID has reached more than half of US

The research, while preliminary, found that the previously infected people generated protection against the disease quickly and at dramatically higher levels after a first shot of the current two-shot regimens when compared with people who were vaccinated but hadn’t been sick.

“Everyone should get vaccinated. Not everybody needs two shots,” said Viviana Simon, a professor of microbiology at New York’s Icahn School of Medicine at Mount Sinai and an author on one study. “As long as we can’t deliver as much vaccine to everybody who wants it, I think it’s an important consideration.”

The research, which has been posted on preprint servers but not peer-reviewed or published in a scientific journal, comes as other findings into the two-shot regimen to healthy members of the general population highlight immune benefits after the first injection. On Friday, researchers in Israel reported a single shot of the vaccine from Pfizer Inc. and BioNTech SE is 85% effective in preventing symptomatic disease 15 to 28 days after being administered.

Late-stage clinical trials of two-dose vaccines by Pfizer and BioNTech, as well as Moderna Inc., have shown their shots to be safe and highly protective against COVID-19 when given through two doses spaced several weeks apart. However, Pfizer’s trial excluded individuals with symptomatic COVID-19, and Moderna’s left out people with a previously known infection, prompting researchers to see how immune systems in people previously sick responded.

Pfizer doesn’t have data regarding the single-dose approach in COVID-19 survivors, a spokeswoman said. Moderna is aware of the preprint data but isn’t studying the issue, a spokesman said.

Giving just one dose means health officials could redeploy excess doses to more people and speed the reach of vaccinations, which vaccine experts and health authorities say is crucial as new forms of the virus increase transmission. Limited initial supply has contributed to the bumpy rollout of the vaccine and forced governments to favor high-risk individuals ahead of others.

“We need as many people vaccinated as quickly as possible, and this is one of the ways to go about doing that,” said Buddy Creech, director of the Vanderbilt Vaccine Research Program in Nashville, Tenn., who wasn’t involved in the studies. “If we had a significant portion of the population that could get only one vaccine and be done, that really allows us to move even more quickly.”

Still, giving single shots to survivors could be costly and laborious because of the need to conduct testing to determine who has sufficient antibodies to forgo a second dose, vaccine experts say. It may also be tough to do without yet knowing what exact level of immune response is necessary for protection with current vaccines, known as an immune correlate of protection.

An FDA spokeswoman said there isn’t enough research to change vaccine administration. Still, the U.S. government has been open to adjusting dosing schedules, and the Centers for Disease Control and Prevention last month allowed second doses to be delayed by several weeks.

But the U.S. hasn’t joined other countries such as the U.K. that delayed second doses to give priority to getting doses to more high-risk groups. The U.K. has cited its own analysis that suggests a single shot in healthy people to be 90% effective after the first dose and before the second dose.

The data from Israel, and a separate study published Friday of the AstraZeneca vaccine, support the idea that inoculation generates a robust immune response after just a single dose.

Only about 1.7 million Americans are being vaccinated daily, per federal figures. Since mid-December, more than 40 million people in the U.S. have received at least one dose, and more than 17 million have been fully vaccinated. Pfizer and Moderna are scheduled to both complete initial 100-million-dose contracts next month. They have agreed to supply a combined 600 million doses by the end of July.

Vaccines work by tricking the body into thinking it has been infected with a virus, prompting the immune system to make antibodies to fight the pathogen. In COVID-19 survivors, the immune system is already trained to make antibodies, researchers say, priming the body similarly to how a vaccine’s first dose might. This includes making neutralizing antibodies, which would prevent the virus from entering cells and replicating.

“They had a faster response and a higher response than those that had seen the virus the first time,” said Mohammad Sajadi, a co-author of the study and associate professor at the university’s Institute of Human Virology. “If I had COVID myself, I’d be OK with the single shot.” 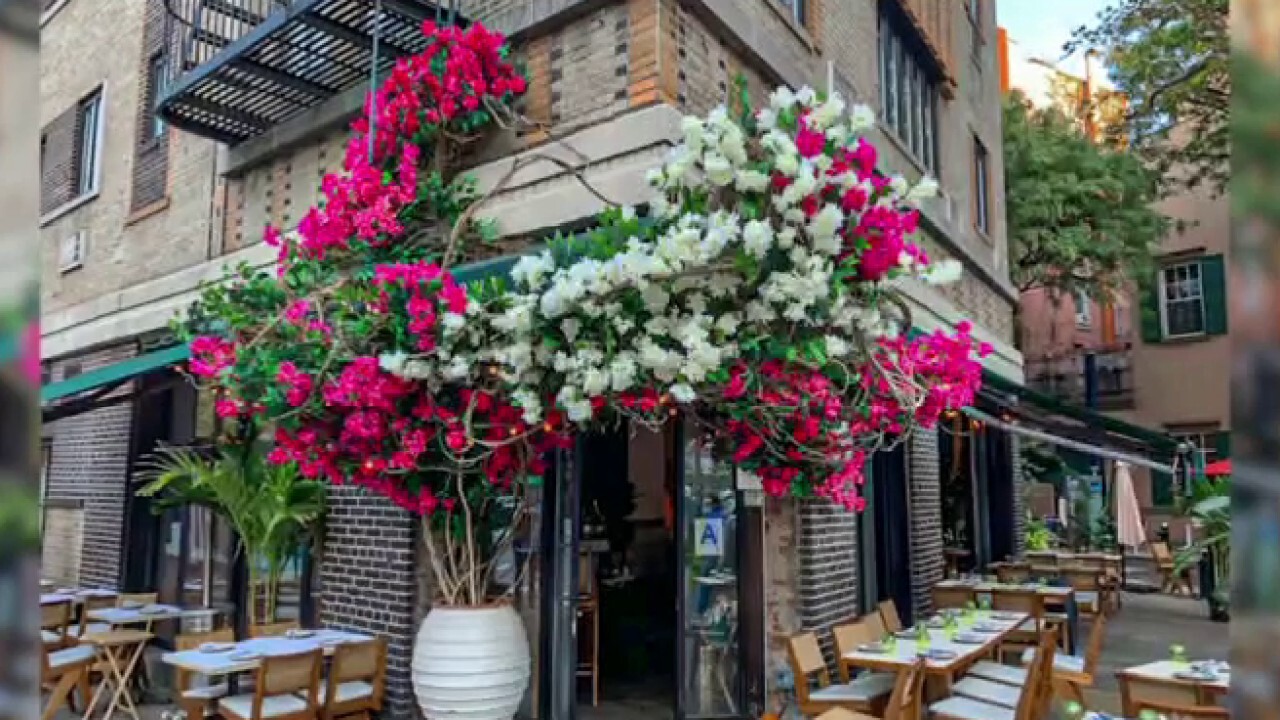 Alternatively, he said previously infected individuals can be lowered in prioritization.

The study of healthcare workers co-authored by Dr. Simon of Mount Sinai found that among one group of 109 workers, those who survived COVID-19 generated higher antibody levels after both first and second doses compared with those who weren’t previously infected. Additionally, the second dose increased antibody levels in people who weren’t previously infected but made not much of a difference in the immune response for those previously sick. The study’s review of a larger group of 230 individuals for whom researchers had reaction data found that the vaccines were well tolerated in those previously infected but they still reported more-frequent side effects from the vaccines such as fatigue, headache and fever.

A third study, led by the Fred Hutchinson Cancer Research Center in Seattle, found that a single dose of a vaccine dramatically boosted T-cells and antibodies in blood samples of 10 previously infected people. It also boosted immune response against the strain identified in South Africa. Neutralizing antibodies rose by about 1,000-fold. Before vaccinations, the people had low levels of neutralizing antibodies.

Leo Stamatatos, an immunologist at the Hutch, said the strong response against the South African variant was surprising, and that it was promising to see the boost in certain T-cells, which help white blood cells in producing neutralizing antibodies.

Dr. Stamatatos and his colleagues are still studying if the single dose maximizes the increase in neutralizing antibodies, making the second dose unnecessary for survivors.

John Mascola, director of the vaccine research center at the National Institute of Allergy and Infectious Diseases, said the research is helpful for confirming how the infection primes the immune system, so that the first dose of vaccine delivers a strong response. But if there is enough U.S. supply by this summer, forgoing a second dose might need to be done only overseas.

Dosing regimens shouldn’t change until it’s clear that a second shot doesn’t provide much more benefit to those previously infected compared with uninfected people, said Stanley Perlman, a professor of microbiology and immunology and pediatrics at the University of Iowa. He also is worried whether changing dosing schedules could increase vaccine hesitancy, as it would require people to learn more medical information.

“This sounds simple,” he said. “But to people who may not be medically savvy or think about these issues much, they may find it confusing.”