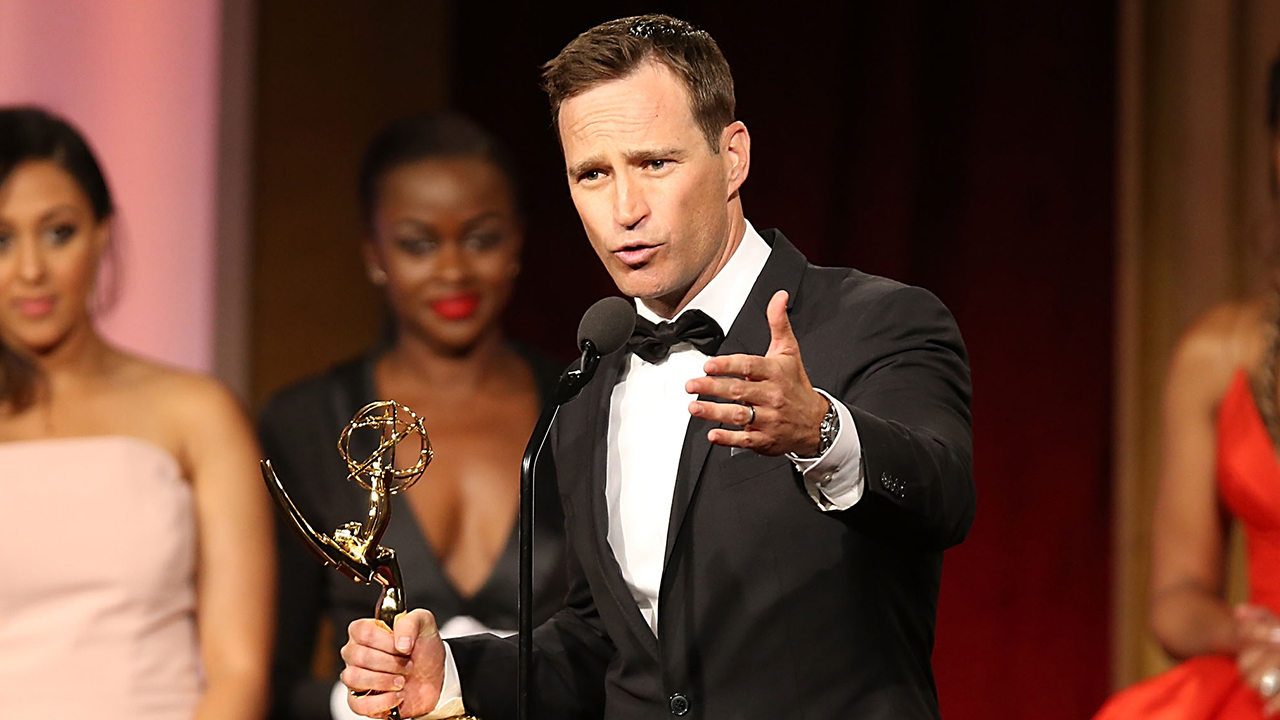 Mike Richards was terminated as the executive producer of "Jeopardy!" and "Wheel of Fortune" on Tuesday, effective immediately following a shaky ordeal in which he resigned as host of the quiz show just nine days after it was announced he would succeed the late Alex Trebek as its permanent host.

Richards stepped down under his own volition on Friday after past inappropriate comments he made on the "The Randumb Show" podcast resurfaced. The 46-year-old, who hosted the podcast from 2013 to 2014 while he was working at "The Price is Right," made derogatory comments about women, people with mental disabilities, little people and the poor.

While Richards was expected to stay on in a behind-the-scenes capacity, Sony quickly did an about-face and fired Richards in a shocking move that now has many wondering what’s next for the embattled former showbiz EP.

Angela Reddock-Wright, an employment attorney and mediator in Los Angeles who has worked as a consultant with SAG-AFTRA helping to update its policies for the reporting and investigation of member complaints of discrimination and harassment, told FOX Business that Richards’ likely won’t go without at least cashing in his bargaining chips and equity he’s built up through his time helming "Jeopardy!" and "Wheel."

Mike Richard stepped down as host of ‘Jeopardy!’ under his own volition on Friday after past inappropriate comments he made on the 'The Randumb Show' podcast resurfaced.  (Greg Doherty / Getty Images)

"Most likely, Richards is in the process of negotiating a severance agreement with the studio which includes him stepping down from his current position and releasing any claims he believes he may have against the studio, in exchange for a full payout of any remaining time on his contract, along with any bonuses or other incentive payments," Reddock-Wright explained.

"This may seem somewhat counterintuitive if Richards is the one being accused of any alleged wrongdoing. However, many of these executive Hollywood contracts are written in a way that the exiting executive receives some type of payout even when they are alleged to have engaged in wrongdoing, especially if the alleged misconduct is not conclusive," she added.

In a note to Sony staffers on Tuesday, Suzanne Prete, EVP, business and strategy, "Wheel of Fortune" and "Jeopardy!" said the studio "had hoped that when Mike stepped down from the host position at ‘Jeopardy!’ it would have minimized the disruption and internal difficulties we have all experienced these last few weeks."

"That clearly has not happened," the memo reads.

Reddock-Wright believes Richards should do what he can to mitigate potential damage to his reputation or reversing the damage that has already been done by taking a low-key approach to addressing the situation he’s since found himself navigating.

Mike Richards was terminated as the executive producer of 'Jeopardy!' and 'Wheel of Fortune' on Tuesday, effective immediately. (JB Lacroix/WireImage / Getty Images)

"Experts will advise him to issue an apology to any person or persons he is alleged to have offended, while also denying any wrongdoing" she explained, adding, Richards should "step away from the public spotlight for some time and perhaps to consider retiring from Hollywood or working behind the scenes."

Richards had signed an overall development deal with Sony in 2019, and became executive producer of "Jeopardy!" and "Wheel of Fortune" in May 2020.

'JEOPARDY!' HOST MIKE RICHARDS OUT FROM GIG FOLLOWING PAST COMMENTS HE MADE ABOUT WOMEN ON A PODCAST

Despite the muddy water Richards is drudging through currently, the branding expert maintains Richards may have a real shot at regaining his career footing if an internal investigation proves that the extent of his transgressions are centered on his podcast remarks and not anything more egregious.

"America loves a redemption story. So if [Richards] is humble and shows sincerity in his apology, along with a willingness to get counseling or any other help that may be needed, he may be able to regain his footing in Hollywood," Reddock-Wright said. "But it really depends on the nature of the allegations against him."

Mike Richards was fired as executive producer of ‘Jeopardy!’ on Tuesday. He is pictured accepting the award for outstanding game show for ‘The Price is Right’ at the 2016 Daytime Emmy Awards in Los Angeles, Calif.  (Joe Scarnici/WireImage)

In a statement issued to Fox News last week, Richards apologized for his past attempts at being "provocative" and vowed to do better in the future.

'JEOPARDY!' HOST MIKE RICHARDS APOLOGIZES FOR PAST COMMENTS HE MADE ABOUT WOMEN ON A PODCAST

"It is humbling to confront a terribly embarrassing moment of misjudgment, thoughtlessness and insensitivity from nearly a decade ago," Richards said in that statement. "Looking back now, there is no excuse, of course, for the comments I made on this podcast and I am deeply sorry."

Richards went on to explain the context of his comments within his podcast before acknowledging his "obligations as a role model" to do better.

Richards previously came under fire for an incident that occurred more than a decade ago while Richards was at "The Price Is Right." He was the subject of a 2010 complaint by Brandi Cochran, a former model on the show, who claimed she was fired after becoming pregnant with twins while he served as co-executive producer. Cochran obtained more than $8.5 million in punitive damages.