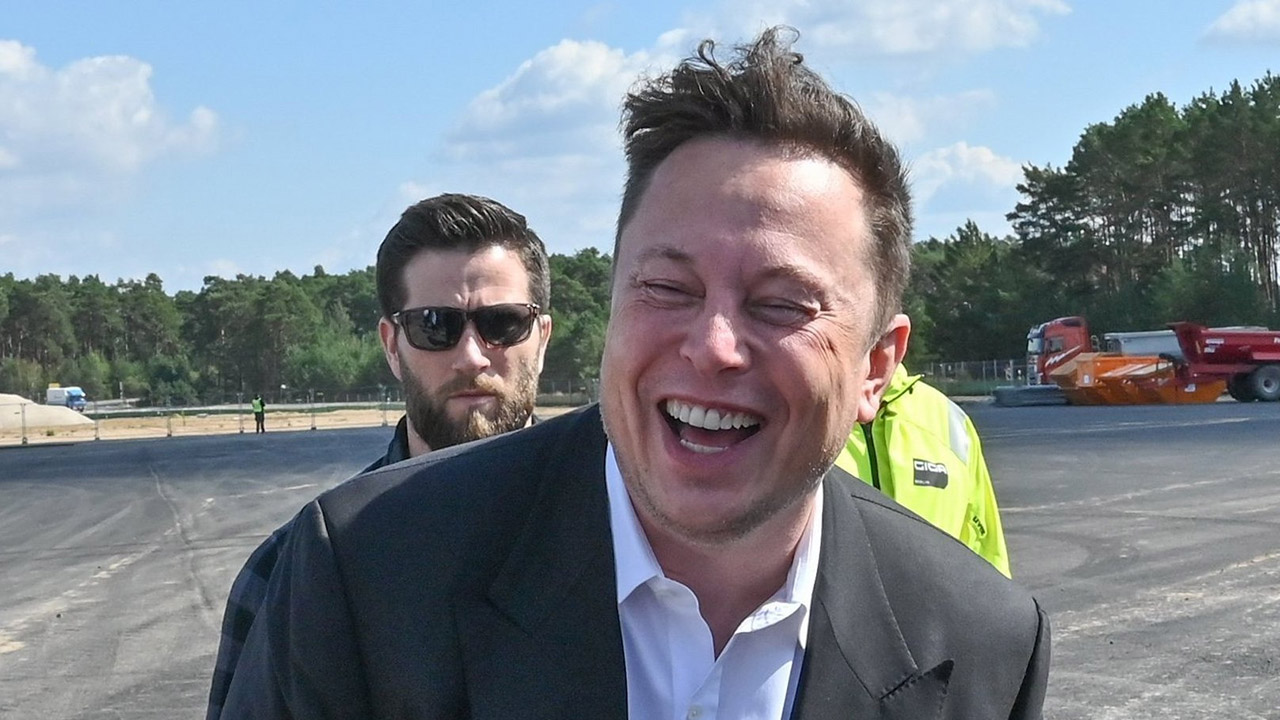 Elon Musk had a good laugh on Twitter on Tuesday at the expense of Tesla's new electric rival, Rivian.

Rivian filed paperwork for a proposed IPO this week that laid out many of its future plans, which include charging customers $10,000 for "autonomous driving capabilities."

The filing didn't directly connect the dots, but appears to be referring to Rivian's Driver+ feature, which is being developed as a Level 3 autonomous driving system with hands-free capability.

The Rivian R1T pickup is the brand's first model. (Rivian)

Rivian did not immediately respond to a request for comment from FOX Business on the exact nature of the $10,000 fee, which happens to be the same as Tesla currently charges for its controversially named Full Self-Driving feature that promises to provide a similar level of autonomy in the future.

The Teslarati website posted a link to an article mentioning the connection on Twitter, to which someone responded, "That’s great news to bad they have to wait for Tesla to finish so they can copy it lol," prompting Musk to tweet two laughing emojis.

It's not the first time Musk has referenced Rivian, which is backed by his spacefaring competitor Jeff Bezos' Amazon, on the social media platform.

In August, Musk tweeted, "Don’t want to be unreasonable, but maybe they should be required to deliver at least one vehicle per billion dollars of valuation *before* the IPO?" in response to reports that Rivian's IPO would value the company's at approximately $80 billion, which is more than General Motors is currently worth, but only about a tenth of Tesla's market cap.

He also suggested that Rivian should "get their first plant working" before greenlighting a proposed second factory in Texas, where Tesla currently has one under construction.

For his part, Rivian CEO RJ Scaringe rarely comments on Musk or Tesla, but recently told FOX Business that he acknowledges the automaker is "a leader" in the electric car space.

Rivian's IPO filing also revealed that the company had over 48,000 preorders for its R1T pickup and R1S SUV as of the end of September and that it's Normal, Ill., factory currently has the capacity to produce up to 150,000 vehicles annually, which could be increased to 200,000 in 2023.