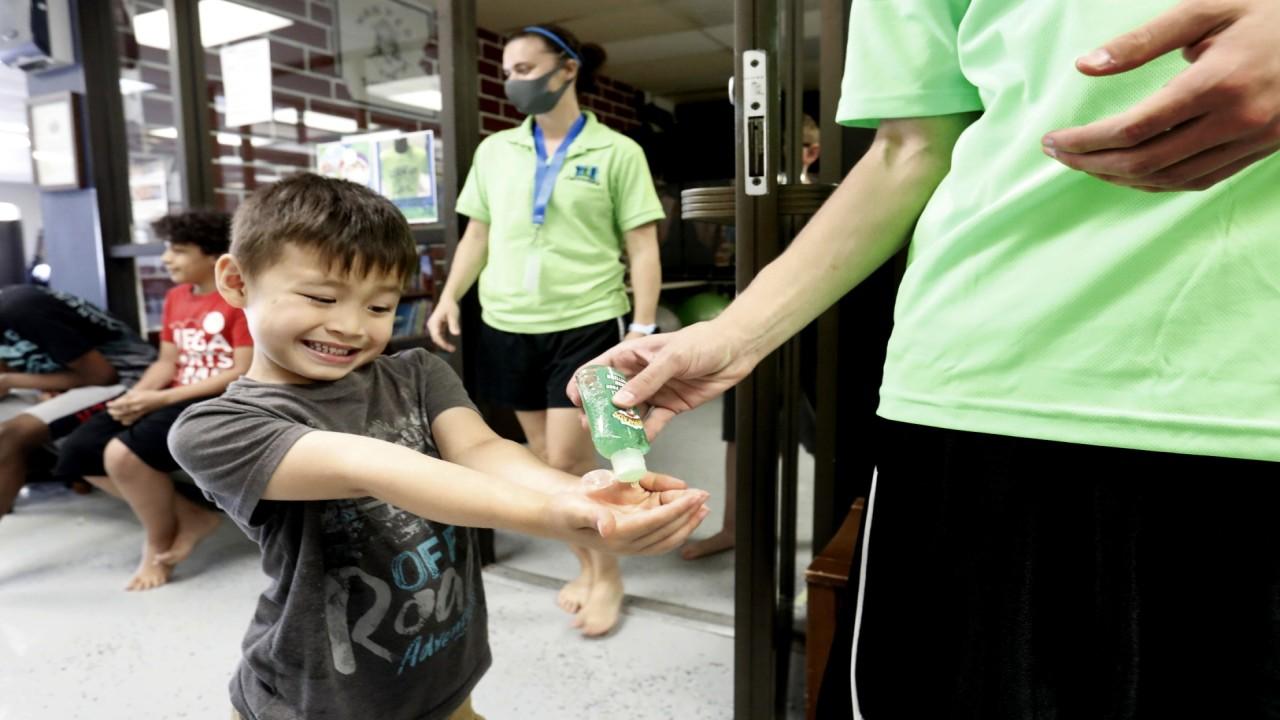 FOX Business' Lauren Simonetti breaks down the Centers for Disease Control and Prevention's new federal guidelines for summer camps as many across the country weigh whether to reopen this summer.

Camps in California, throughout the West Coast and throughout Indiana canceled summer sleepaway programs because of the novel coronavirus pandemic, and other camps are on pause, which means many prospective employees will be jobless.

For example, the Salvation Army, which runs 40 summer camps throughout the country annually for many children from low-income families, typically employs 75 seasonal workers at each camp.

“As a result of many summer camp closures, our summer staff will need to hustle for other employment, yet what aches most of their hearts is missing the campers,” Captain Keith Maynor, the National Youth Secretary for the Salvation Army who oversees the program’s youth curriculum, told FOX Business on Friday.

A number of camps throughout the country have told parents of campers about the financial difficulties their businesses are facing, and some have asked to roll over tuition payments to next season. They are also accepting donations.

Camps are grappling with financial loss due to the coronavirus.

“While we’re adapting to this new normal, The Salvation Army will need to rely on generous charitable giving to ensure effective programs are able to continue,” Maynor said.

Summer camps typically shell out money well ahead of the summer season.  Some programs gear up 10 months in advance. They have expenses like facility maintenance, property taxes, utilities, insurance and other costs associated with hosting campers and staff. Employees typically work year-round on recruitment and staff hiring.

Having to give refunds means lost wages for many, and a memo from a North Carolina camp explained to parents that being forced to cancel their summer season could be a threat to the business's future.

Club Getaway, a Connecticut-based camp that runs summer programs and weekend trips for kids, adults, and private corporate events, is having similar issues. The camp was supposed to reopen April 8 but it has been closed because of statewide shutdowns. As a result the camp lost $2.5 million in revenue, owner David Schreiber said.

"The biggest challenge we've had is being closed because we don't see money really until spring," Schreiber explained. "In winter, we get small deposits but that goes toward capital improvements."

Club Getaway plans to reopen June 29 and rehire 50 more of its 150 staff members.

"I want to keep my employees employed," Schreiber said. "Of course, my clients want their money back so it's trying to generate revenue now so I can satisfy the goodwill of my guests."

Summer camp is an $18 billion industry that attracts more than 20,000 children each summer, according to the American Camp Association. It also fills a critical child care need for some parents.

The Centers for Disease Control and Prevention has put out guidelines for how camps can safely reopen, but many have chosen not to do that because some directors say it would be impossible to maintain social distancing with group activities and in cabins, particularly for those running sleepaway camps.

Erica Jameson, owner and director of her family-owned Jameson Ranch Camp in Glennville, California, said earlier this week her business will lose out on more than $100,000 this summer by deciding to remain closed.

In addition to privately-owned camps, college campuses throughout the country will lose billions of dollars in revenue on canceled summer programs. Off-season revenue from such offerings can account for up to 10 percent of a college’s annual income, according to a report from the Chronicle of Higher Education.