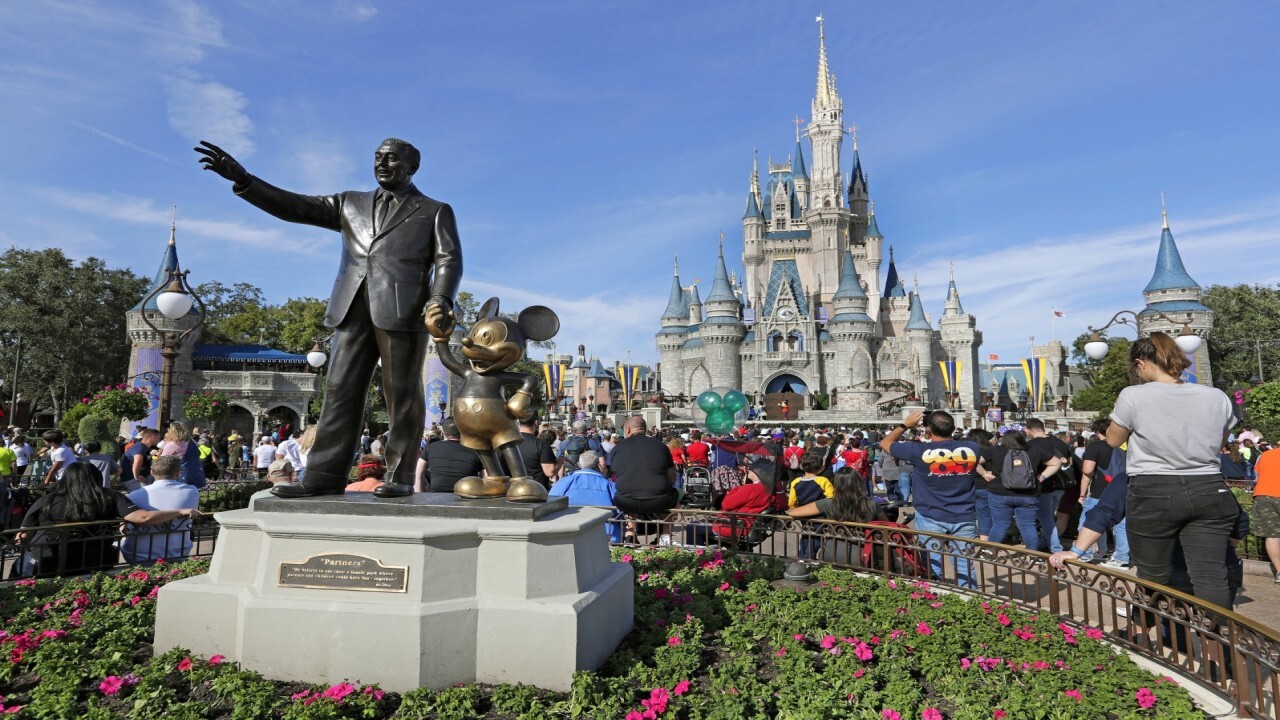 Before playing the music and lighting the lights, fans who choose to binge "The Muppet Show" on Disney+ will be shown an "offensive content" warning ahead of select episodes. The classic series, which first aired in 1976, was released on the streaming service on Friday.

“This program includes negative depictions and/or mistreatment of people or cultures. These stereotypes were wrong then and are wrong now. Rather than remove this content, we want to acknowledge its harmful impact, learn from it and spark conversation to create a more inclusive future together,” the disclaimer states. "Disney is committed to creating stories with inspirational and aspirational themes that reflect the rich diversity of the human experience around the globe."

The label has been added to each video for a different reason. For example, during Cash's epsiode, the legendary music star sings in front of a Confederate flag.

According to a statement from Disney's Stories Matter initiative, the company is "in the process of reviewing our library and adding advisories to content that includes negative depictions or mistreatment of people or cultures" as part of an ongoing commitment to diversity and inclusion.

"Rather than removing this content, we see an opportunity to spark conversation and open dialogue on history that affects us all. We also want to acknowledge that some communities have been erased or forgotten altogether, and we're committed to giving voice to their stories as well," the statement continues. "To that end, we've brought together a group of experts from outside our company to advise us as we assess our content and ensure it accurately represents our global audiences. As we embrace each other's stories, we embrace possibility. And that's why we're committed to doing the best we can to represent communities authentically. So people not only see the best in themselves, but the world can see it too."

Other examples where Disney+ viewers can see the content warnings are on classic films such as The Aristocats, Dumbo, Peter Pan, and Swiss Family Robinson.

Disney+ has blown past the company's subscriber expectations, totaling 94.9 million subscribers as of its latest quarter ending Jan. 2. The streaming service first launched in November 2019.