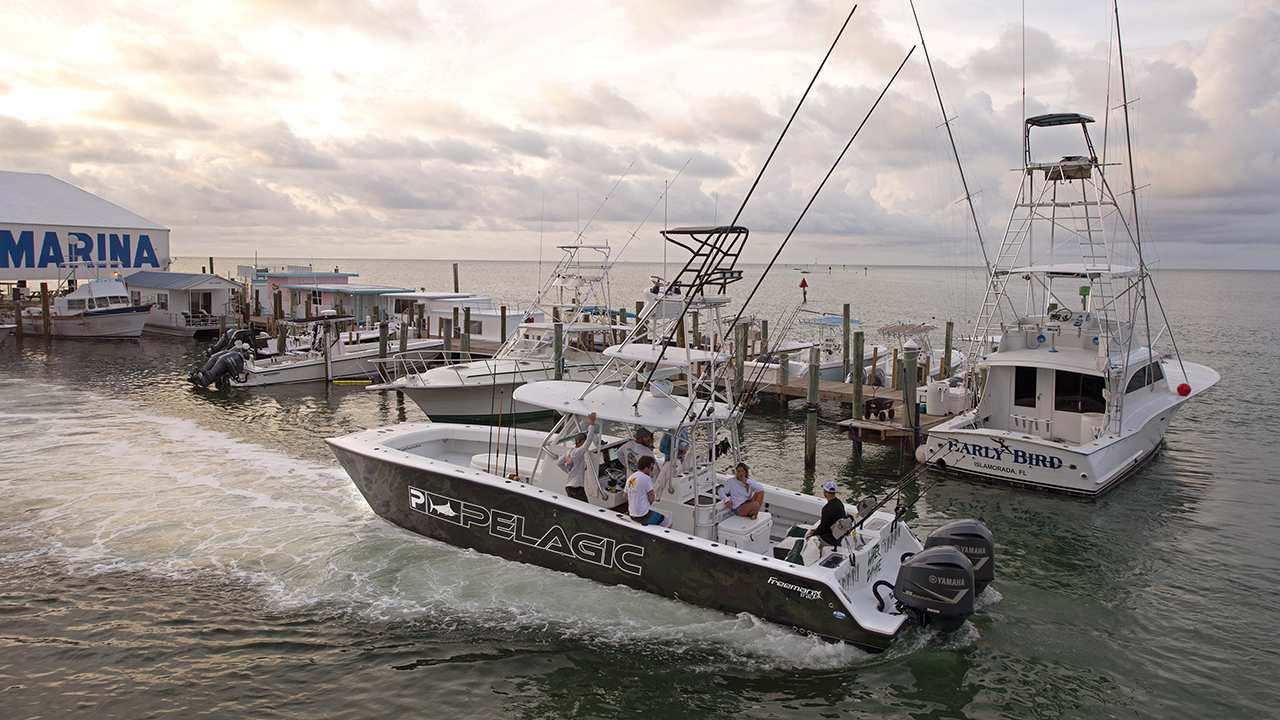 KEY LARGO, Fla. (AP) — The Florida Keys reopened for visitors Monday after the tourist-dependent island chain was closed for more than two months to prevent the spread of the coronavirus.

NEW YORK CITY SEES 'INSANE' EXODUS: HERE'S WHERE MANY ARE RELOCATING TO

As the Keys took down barriers, Miami-Dade County decided to keep its beaches closed because of protests in South Florida and across the country over the May 25 death of George Floyd in Minneapolis.

Roadblocks were taken down shortly after midnight near Key Largo, the northernmost island in the chain. Almost half of all workers in the Keys are employed by hotels, bars and other hospitality industries, and many of the rest are involved in commercial and sport fishing.

Richard Stanczyk, owner of Bud N' Mary's marina in Islamorada, said the 40 captains who operate fishing boats out of the 76-year-old business have had virtually no customers for weeks and welcome the reopening of the area to visitors.

"There has been a real uptick in phone calls. There have been more charter bookings," Stanczyk said. "We are encouraged. It's going to come back."

Yet the carefree, party atmosphere that surrounds the Keys and was popularized by singer Jimmy Buffet in songs like "Margaritaville" may not return for some time. The Monroe County Tourist Development Council made clear on its website that visitors must adhere to health guidelines related to the coronavirus.

The Keys have been relatively unscathed by the coronavirus. As of Sunday, the Keys had 100 confirmed positive cases of the disease, three deaths and 12 hospitalizations. The total population is a shade under 80,000.

STORE OWNERS ATTACKED WHILE PROTECTING THEIR BUSINESS FROM LOOTERS

Since March 22, the Keys have been closed to nonresidents who don't work or own property in the county. Airports in Key West and Marathon were open, but passengers are screened and told to self-quarantine for 14 days. The roadblocks on U.S. 1 — the only road in or out and known as the Overseas Highway — went up on March 27.

Down in Key West, one of the major tourist attractions is the house formerly owned by Nobel Prize-winning writer Ernest Hemingway. Jacque Sands, general manager of the home, said it and its 59 cats will be open for business Tuesday. Many of the cats have six toes, unique descendants of a feline named Snow White given to Hemingway by a ship's captain, according to the home's website.

Sands said she sees all types of visitors, although none in the past couple of months.

"Some come for the cats. Some come for the history and Ernest Hemingway. I'm getting calls from all over," she said. "The guests will have to wear masks. We have plenty of masks that we will hand out to guests if they don't have one."

On the Florida mainland, Legoland Florida Resort on Monday became one of Florida's first theme parks to reopen since March. Visitors at the Winter Haven, Florida, theme park were being screened for illness, and were encouraged to wear masks and bring credit cards since the theme park had gone cashless.

Later this week, Universal Orlando was set to open its doors to guests for the first time since March, and Walt Disney World was scheduled to do the same on a rolling basis next week.

In Miami-Dade County, officials had planned to open its beaches Monday but opted against it given the protests and a curfew over the Floyd death. Still, hotels were reopening in the Miami area with restrictions, including a requirement that guests wear masks except inside their rooms.