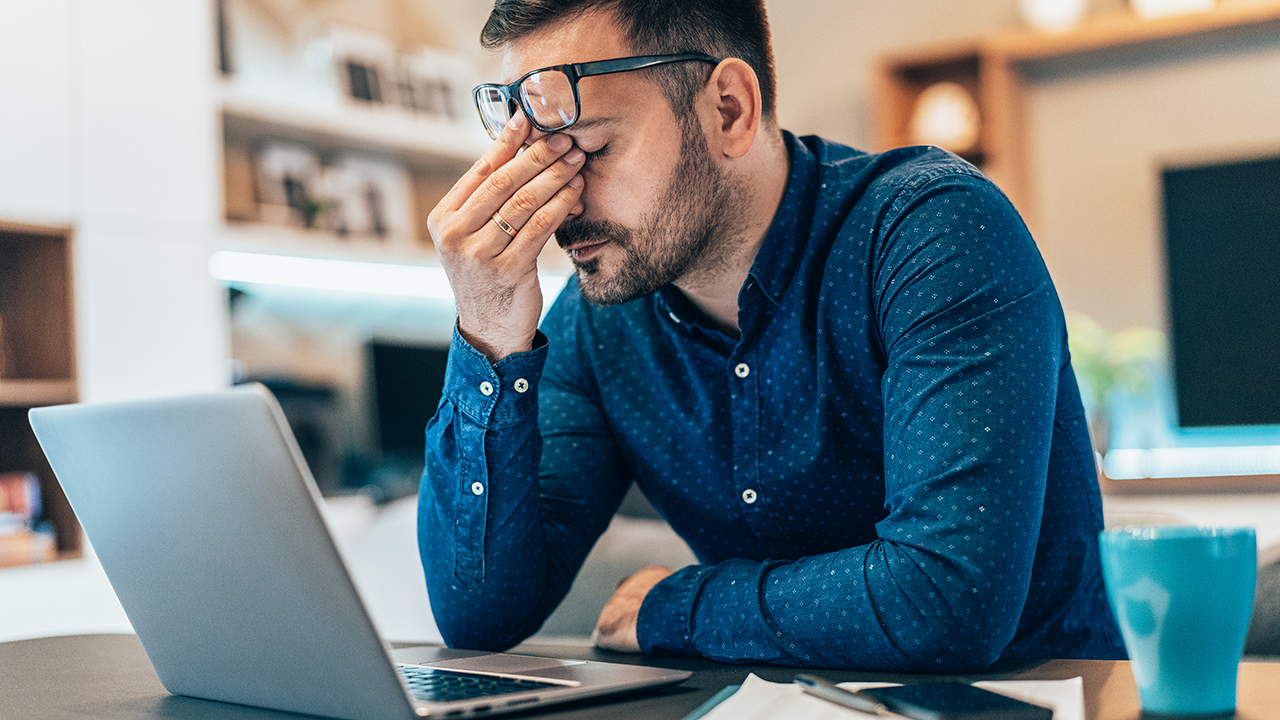 A few months into the pandemic, Nick Popoff let his guard down in an all-hands video call and said aloud what many had been experiencing: He felt burned out.

Some weeks, the engineering director at ticketing company Eventbrite Inc. didn't leave his house for days, he said. Slack notifications buzzed constantly. He missed seeing friends and colleagues in person. Even a hike with his wife through northern California's redwoods, didn't leave him sufficiently recharged.

"Work burnout is insidious. It's not just like a red light that comes on, " Mr. Popoff says. "It's something that very slowly starts to happen, and that's how it can catch people by surprise."

THE FASTEST-GROWING JOBS FOR YOUNG PROFESSIONALS INCLUDE INFO SECURITY, CHEMISTS

After Mr. Popoff shared his experience in the meeting, colleagues came forward, saying that they, too, felt exhausted by work, and life, in a pandemic. Mr. Popoff began leading "recognizing burnout" sessions for other employees, giving staffers a forum to voice their feelings, and to hear advice from mental health professionals about how to cope.

The effort is one of many experiments afoot in corporate America as bosses stare at a sea of faces on Zoom and worry. With no end to the pandemic in sight, managers say many remote employees report feeling depressed, fed up and wary of what's next. Companies are adapting policies and rushing to roll out benefits to head off a surge of employee distress.

"There's this second wave upon us, where people are feeling super-anxious that this is the new normal, and how much longer can we sustain this?" says Matthew Schuyler, chief administrative officer at Hilton hotels. "I don't think we've yet come to grips with the mental impact this is having on all of us."

In addition to expanding access to counseling and mental health services, many employers are trying other approaches, such as insisting employees disconnect or offering more training for managers. In recent months, Antonio Neri, chief executive of Hewlett Packard Enterprise Co., has been encouraging bosses at the technology company to call employees to check in on their well-being. "You've got to make the effort," he says. "Don't assume email is enough, because email is not personable."

Jimmy Etheredge, CEO of North America at consulting firm Accenture PLC, recently asked his 27 direct reports to attend 2 1/2 hours of virtual training on how to better support colleagues facing mental-health issues. All participated. Mr. Etheredge says he regularly receives emails from employees, explaining their pandemic-related challenges. But consultants have a tendency to jump into a situation and become problem-solvers, an "occupational hazard," Mr. Etheredge says. The training stressed that, in conversations with employees, sometimes attentive listening without judgment can be most helpful.

"Just validate that the person is being heard," Mr. Etheredge says, while directing them to additional resources, if needed.

Solutions needn't be complicated or costly, executives say. Eventbrite recently changed leadership training during the pandemic to focus on how supervisors can manage with empathy while people are working remotely. Now, bosses are taught to begin one-on-one sessions with employees with a simple phrase meant to elicit genuine emotions, says David Hanrahan, the company's chief human resources officer. Instead of a stock "How are you?" before quickly moving on to business, managers might ask, "How are you really, really doing?" After Mr. Hanrahan poses the question, he is silent, even if the pause feels uncomfortable. With some prodding, employees may then open up about their true feelings regarding work or personal challenges. "It's a simple tactic any manager can employ," he says. "But it's about true empathy and true care."

Other companies have taken steps to bolster morale in the Covid era. Seattle construction and engineering company McKinstry Co. LLC began issuing companywide "good news Friday" memos, pointing out, "Hey, here's eight things that happened this week that are pretty good," says Dean Allen, the company's CEO. That could be feedback from a happy customer or details about new business the company landed. Hilton's Mr. Schuyler encourages managers and teams to allow Zoom calls from parks or other outdoor venues.

Fidelity Investments recently began a pilot program for a small portion of its workforce in which employees can opt to work 30 hours a week, with a small pay cut, while retaining their full benefits. Fidelity plans to hire more staff to pick up the work so that other colleagues aren't overwhelmed, says Bill Ackerman, head of human resources at the financial-services firm.

As the pandemic drags, employers need to adjust their approach, Mr. Ackerman says. Benefits that may have been appreciated early on -- such as matching gifts to charities and stipends for home offices -- have shifted this fall to include access to child-care coordinators and subsidies, as parents grapple with schooling issues.

Many bosses say even finding ways to get employees to step away from their laptops takes more thought now. Geben Communication, a public relations firm in Columbus, Ohio, began offering employees bonus "self-care days" off in recent months, to encourage them to disconnect, says Heather Whaling, the company's president. In Austin, Texas, Ryan Wuerch, chief executive of Dosh, an app that gives consumers cash back when they shop, takes another approach: impromptu three-day weekends. On some Thursdays, during all-staff meetings, Mr. Wuerch now surprises the company with the news that the following day is a "Dosh Day," when no work is allowed.

Extra vigilance is key, managers say. To head off burnout, Eventbrite's Mr. Popoff watches for employees who seem to be plugging away after hours and follows up with them the next day, saying that such work is unnecessary.

Some workers have adopted cues to signal they need help. At Dell Technologies Inc., Jennifer "JJ" Davis, senior vice president of corporate affairs at the technology company, says during the pandemic her team has developed a way to alert colleagues when they are "above the line" -- feeling OK, and able to lend a hand -- or "below the line" and needing assistance. The phrases allow people to convey their state of mind without necessarily divulging personal details. "Nobody asks questions. They just say: 'OK, what can I do?' " Ms. Davis says.

Ms. Davis says she helps her colleagues cope by being honest about her own challenges, such as deciding whether her three teenage sons should attend classes in-person or virtually. Sometimes, when meetings run long, Ms. Davis begins preparing dinner -- and tells her team she's multitasking. "I'm like, 'Hey guys, great meeting, I just finished a batch of brownies,' " Ms. Davis says. "If I don't tell my staff and lead by example that I'm cooking brownies while doing a meeting at the same time, then they don't know that they have permission to do the same thing."

What companies can do to curb staff burnout:

Encourage employees to take time off. Some companies offer bonus "self care" days or end work a few hours early.

Expand access to counseling and mental-health services. Employers have rolled out digital counseling apps or brought on coordinators to help employees access care.

Ask managers to check in on individuals' well-being. Even simple gestures, like a phone call instead of an email, can go a long way.

Offer training for managers on supervising with empathy. Overseeing employees in a pandemic is a new skill, so guidance on supporting colleagues' mental well-being can help.

Foster dialogues where workers share genuine emotions. Asking "How are you?" isn't enough; probe to get a sense for people's real situation.