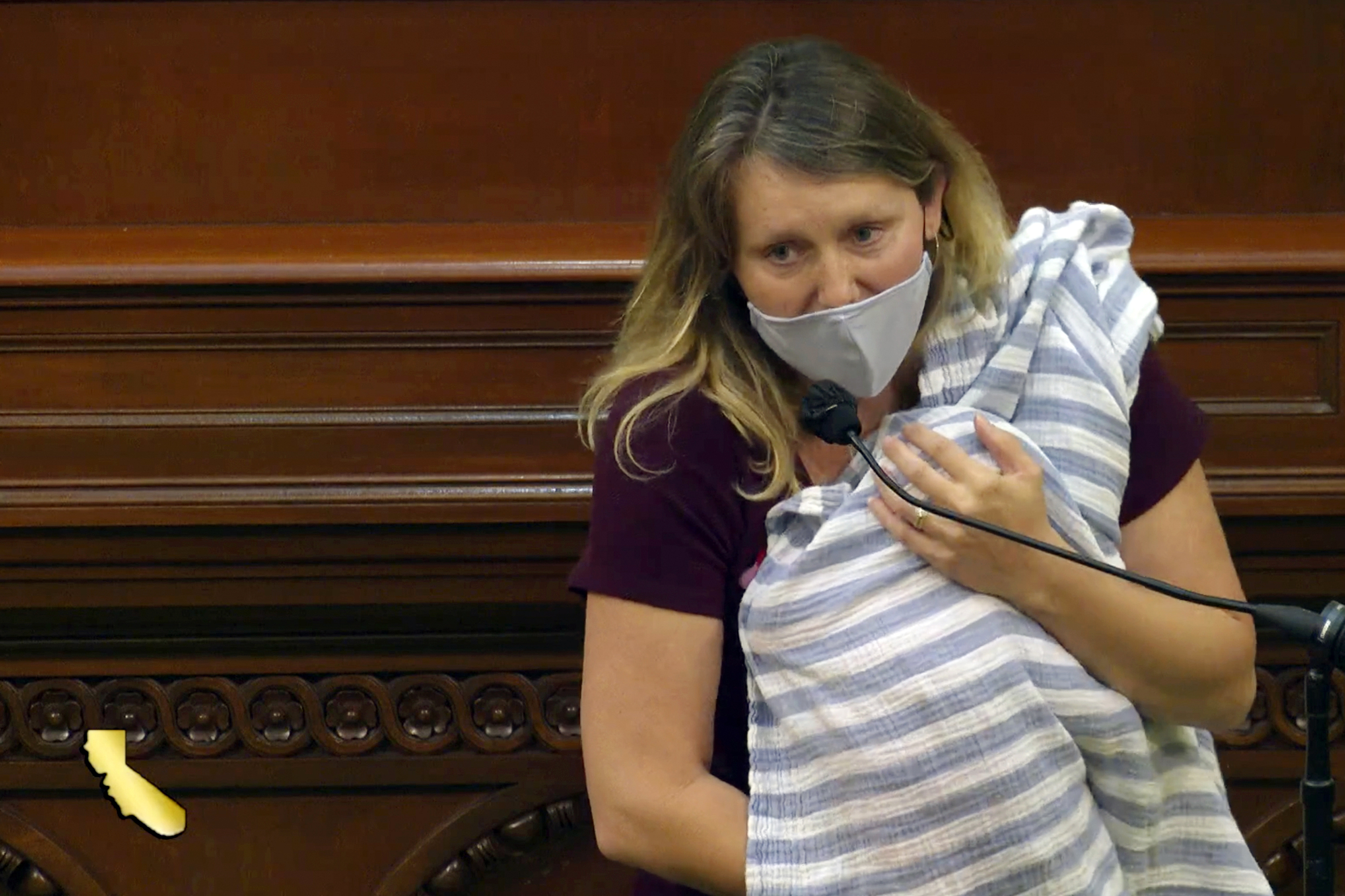 A new law in California lets more people than almost anywhere else in the country take up to three months off from work to care for a family member thanks in part to a nursing mother who brought her baby to work with her on the final day of the state legislative session to vote for it.

Gov. Gavin Newsom signed the law on Thursday about two weeks after it squeaked through the state Legislature just minutes before a midnight deadline. It passed in part because Assemblywoman Buffy Wicks, a Democrat from Oakland, returned to the Legislature from her maternity leave to vote for it after her request to vote by proxy was denied by Assembly Speaker Anthony Rendon. He later apologized to Wicks.

Wicks' cast her vote with her baby by her side. A video of her bringing her baby onto the Assembly floor was alter widely shared on social media.

“I wanted to be casting that vote,” she said. “With my daughter by my side, that felt very important.”

California was the first state to let people take up to 12 weeks off from work to care for a family member while still getting paid a portion of their salary. The money comes from disability insurance taxes the workers pay.

But since that law took effect in 2004, many people who work for smaller companies haven't used it because they are not guaranteed to keep their jobs. In most cases, state and federal law only protect jobs for people who work at companies with at least 50 employees.

The law Newsom signed Thursday extends those job protections to companies with at least five employees. The law is one of the most expansive in the country, according to the National Conference of State Legislatures.

“The COVID-19 pandemic has only further revealed the need for a family leave policy that truly serves families and workers, especially those who keep our economy running,” Newsom said in a news release.

California already allows women to take up to four months of unpaid leave for pregnancy disability. But it's rare for women to take the full four months because they must have had a pregnancy related complication that interferes with their job duties.

The bill was a priority for labor unions, but it almost didn't happen because of stiff opposition from business groups.

The California Chamber of Commerce said it was “disappointed” Newsom signed the law because it adds “a new burden to small employers.” President and CEO Allan Zaremberg urged small businesses to “pay close attention to what is now required of them,” noting they could be sued for not following the law.

The law Newsom signed only applies to employees who have worked at least 1,250 hours in the past year, or about 24 hours per week. It covers bonding with a new child or caring for a parent, grandparent, grandchild, sibling, spouse or domestic partner.

“With this bill, millions of hard-working Californians will finally be able to use the paid family leave benefits they pay for without fear of losing their jobs,” said Sen. Hannah-Beth Jackson, who authored the bill.