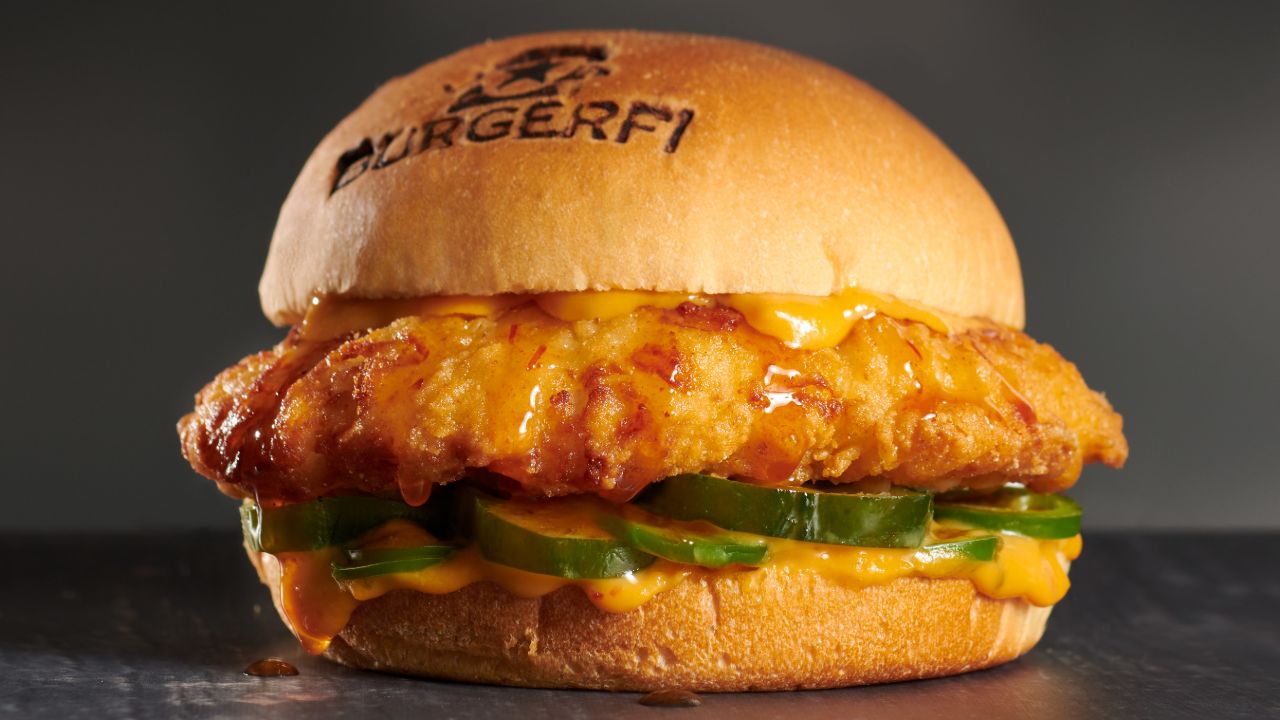 It has been more than a year since Popeyes started a national conversation about spicy chicken sandwiches and which restaurant is best. Now, another fast-casual joint just entered the fray.

BurgerFi, which as the name implies is best known for its burgers, is rolling out a “Spicy Fi’ed Chicken Sandwich.” The sandwich is already available at all of the restaurant’s corporate-owned locations and will be on the menu at all BurgerFi restaurants this month.

“We may be known for our burgers, but we believe our new Spicy Fi’ed Chicken Sandwich can go head-to-head with even the most popular spicy chicken sandwiches out there,” Paul Griffin, BurgerFi’s chief culinary officer, said in a press release.

The chain, based in Palm Beach, Fla., has more than 125 restaurants. It claims to use meat that is free of antibiotics, steroids and hormones. It said the chicken on its new sandwiches is raised cage-free, too.

It’s not the only chain to add spicy chicken to its menu recently. Iconic Texas burger restaurant Whataburger added a limited-time spicy chicken sandwich to its menu just before the start of the month. And McDonald’s reportedly attributed a sales boost last quarter to, in part, its spicy chicken nuggets.

The Spicy Fi’ed Chicken Sandwich will be on the menu at all BurgerFi restaurants this month.(BurgerFi)

In 2019, Popeyes’ new chicken sandwiches were so popular that they sold out for months, though its sudden demand led to increased sales for Popeyes even after it sold out, according to analytics firm Second Measure.

While the average chicken raised for meat weighs more than twice what it did 100 years ago, fast-food chicken sandwiches generally rely on breasts from smaller chickens because they don’t require as much preparation, Bloomberg previously reported.